The president of Canada Drugs, the Winnipeg-based online pharmacy accused of selling misbranded and counterfeit drugs in the United States, has had his licence to practice pharmacy in Manitoba suspended.

The president of Canada Drugs, the Winnipeg-based online pharmacy accused of selling misbranded and counterfeit drugs in the United States, has had his licence to practice pharmacy in Manitoba suspended.

The College of Pharmacists of Manitoba informed pharmacy managers of the immediate suspension of Kristjan Thorkelson Friday in a letter obtained by CBC News.

"The Complaints Committee believes that his conduct presents or is likely to present a serious risk to the public," reads the letter. "Effective immediately, Mr. Thorkelson's licence is suspended until further notice."

The suspension came the same day news broke that Canada Drugs and related businesses — credited with starting the online drug sales industry — have reached a tentative plea agreement in the United States, which requires a guilty plea and millions of dollars in fines for allegedly selling counterfeit cancer drugs over the border.

U.S. court documents filed on Dec. 12 show the agreement, which still has to be approved by a U.S. district court in Montana, would see Canada Drugs and two subsidiaries plead guilty, pay a $5 million US fine and forfeit $29 million US. 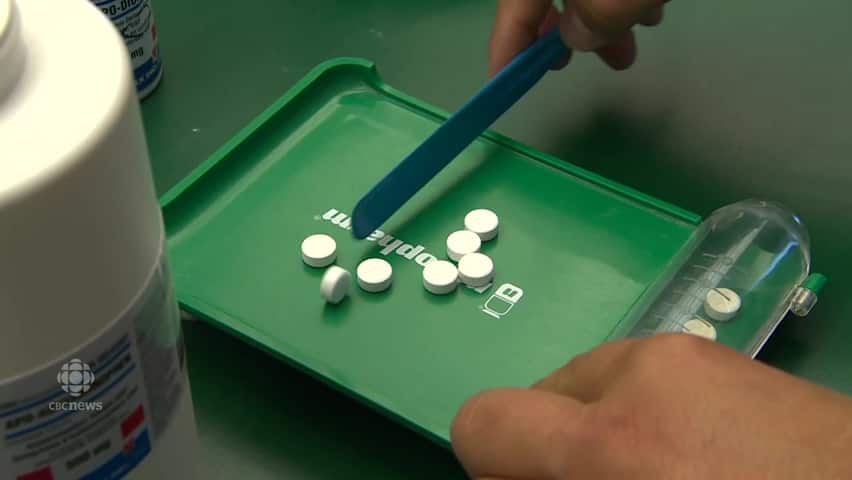 3 years agoVideo
2:22
Six Canadian men have been arrested under the Extradition Act in connection with an international internet drug investigation involving the distribution of counterfeit cancer drugs. 2:22

A separate plea agreement for Thorkelson would see him pay a $250,000 fine and serve six months of house arrest followed by four and a half years of probation. The deals would also require the company to surrender its domain names, hand over all information and permanently stop selling and distributing unapproved or misbranded drugs in the U.S.. The defendants also can't share or sell any information on American customers to any other pharmacy or third party outside of the U.S..

Canada Drugs is accused of selling counterfeit cancer drugs online over a three-year period ending in 2012.

An extradition hearing for the five Winnipeg men was scheduled for May of next year.

A sixth man, James Trueman, is awaiting an extradition hearing in British Columbia. He's accused of serving as a liaison between CanadaDrugs and its drop-shippers in Illinois and Washington state.

The men were arrested under the Extradition Act in Manitoba and British Columbia in June.

They were released on bail, on conditions including surrendering their passports and not moving without notifying authorities.

At this point, extradition hearings are still scheduled for May 2018, a spokesperson for the Canadian Department of Justice said in an email to CBC News.

A spokesperson for the U.S. Food and Drug Administration said Friday she would not comment on the case while it is still before the courts.

The plea agreement still must be accepted by the presiding judge in Montana. If the court rejects the plea agreement, the defendants will be able to withdraw their guilty pleas.

With files from CBC's Karen Pauls and the Canadian Press