'He wanted to be Santa forever': Actor dies after long career playing man in red

Brian Sanderson was always Santa to any child he met.

Whether it was in a mall surrounded by an elaborate North Pole set, waving to crowds at the end of the Santa Claus Parade or vacationing with his family at the lake — Brian Sanderson was always Santa to any child he met.

The actor was well known in Winnipeg for his ability to portray Kris Kringle and deliver a booming "ho, ho, ho."

Sanderson played Santa for more than 20 years at Polo Park mall, in made-for-television movies and at countless retirement homes, community centres and holiday parties in the city. He also lived his dream, starring in the Winnipeg Santa Claus Parade.

At age 77, Sanderson died in his sleep on Oct. 31. He leaves behind three children, a stepson, 12 grandchildren and seven great-grandchildren.

'It just made him so happy'

In those early years, he wore an artificial beard. After a child yanked it off one Christmas season, he began to grow his own beard — which he kept all year long.

As his hair naturally grew white and his beard long, Sanderson began to always look a bit like Santa, even in shorts.

"It didn't matter where we were — whether it was summer, winter, at the lake — it just didn't matter. He just lived it. It just made him so happy," Bailey said.

"He wanted to be Santa forever."

Winnipeg filmmaker Shelly Anthis, who worked with Sanderson on several films including the 2016 Hallmark movie It's a Wonderful Wife, admits even as an adult, he made her feel the Christmas spirit.

"When you met Santa Brian you felt like he knew you your whole life. He just had this gleam in his eye," she said.

Anthis is running a toy drive in Sanderson's memory this year to raise extra toys for children in need. His family supports the drive, saying Dad, also known as Gramps, would be honoured to see toys donated to children in his name.

A favourite among parents

At Polo Park it was Harrison's job to prepare children for their photo with Santa. She remembers Sanderson made a special effort to know each child's name before they sat down. He also studied toy catalogues so he knew names for all the toys — and their cost.

When children asked for pricey electronics, like iPads or smartphones, Sanderson would try to steer them away to a less expensive toy.

Moms would wink and give Sanderson the thumbs-up, she said.

Peter Havens, general manager for Polo Park, said he and other staff at the shopping centre will miss Sanderson terribly.

"His warm heart and kind nature has been a cornerstone of our Santa experience for well over 20 years," Havens wrote in an email.

Sanderson, while reluctant to promise big ticket items, was committed to making kids believe in Christmas magic, every day of the year.

At his camp at Chesley's Resort, his daughter-in-law and stepson said he walked around with candy canes on hand, just in case a child gave him a second glance.

"It was very important to him, to be able to make that connection. To make them believe. Believing in Santa was huge," said Bailey.

As per his wishes, Sanderson will be laid to rest in his red velvet, white-trimmed Santa suit. A public service for him will be held on Friday at 11 a.m. at Charleswood United Church. 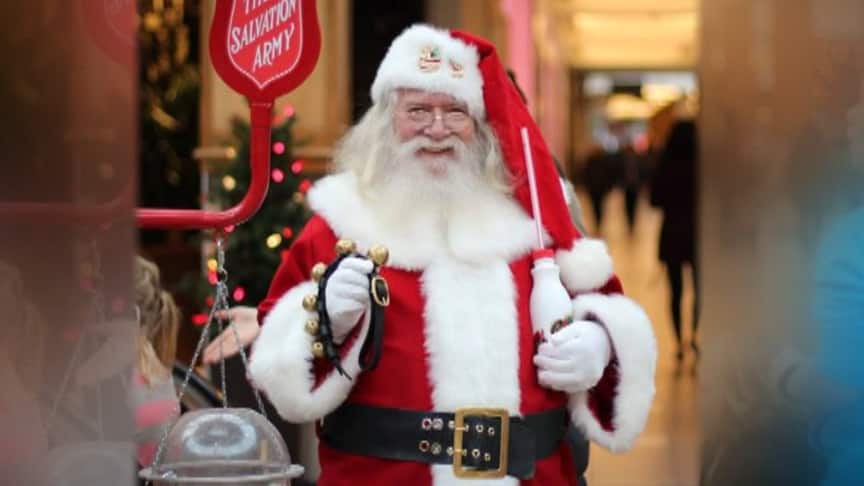