Manitoba Premier Brian Pallister could have been mistaken for a Liberal backer on Monday, after coming out of a meeting with Prime Minister Justin Trudeau in Winnipeg.

Manitoba Premier Brian Pallister continues to refuse to toe the Conservative hard line against Liberal Prime Minister Justin Trudeau, whom he met with on Monday.

The Progressive Conservative Party leader acknowledged there are issues he still needs to hammer out with the federal government but offered more accolades than criticisms when he spoke to reporters.

When asked about regional tensions and western alienation since the federal election, Pallister stood firmly on the federal government's side.

"I'm not a Wexit fan. I think I've made that pretty clear," he said about the western separatist movement.

Pallister said he would rather work with the federal government and lauded Trudeau's efforts to mend some fences after the Liberals were shut out of seats in Alberta and Saskatchewan.

"I think the outreach is good, it's noble and I think the intention is real," Pallister said. "But you'll measure the effectiveness, as you should, by results, by achievements."

He said he has not been shy about praising Freeland's work, as well as that of former immigration minister Ahmed Hussen, or even Trudeau, "much to the chagrin of some of my colleagues in the Conservative movement."

"But I have also been critical and I will continue to be critical when I see that as justified," Pallister said.

One of the things he is critical about is Trudeau's climate agenda, which involves imposing a carbon tax on provinces that have refused to meet a national standard for pricing carbon emissions.

"I believe that in the past federal election, there was clearly a placement by the federal Liberal tacticians to move climate change into the realm of something we could fight about — more about political science than it was about climate science," Palister said.

"I'd like to move the dialogue back towards doing the right thing for future generations and fixing our environment." 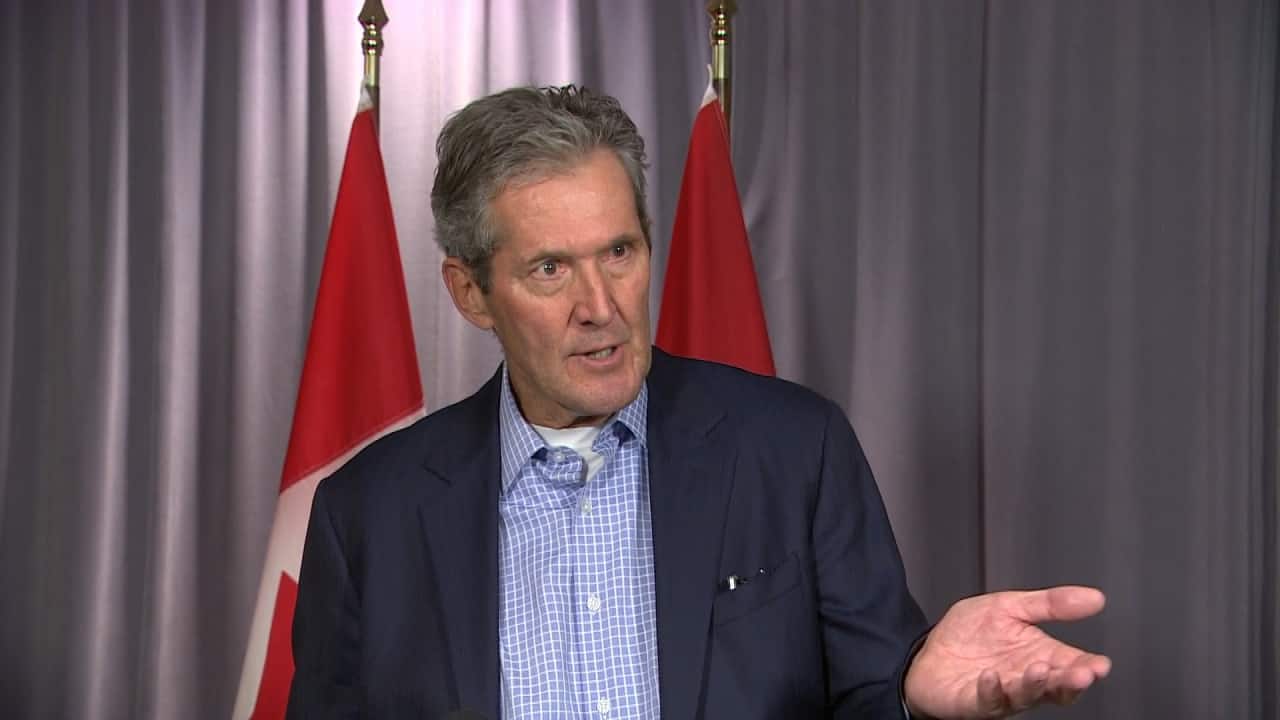 'We deserve to be respected for our green record'

11 months agoVideo
1:39
Manitoba Premier Brian Pallister emerged from a meeting with Prime Minister Justin Trudeau Monday, saying he's prepared to present a modified climate change plan that could include a carbon tax, but he wants the federal government to respect and recognize his province's record on environmental protection. 1:39

The federal government needs to respect Manitoba's own green plan and the steps it has already taken to reduce carbon emissions, such as investing in clean hydroelectricity, he said.

"We've put billions of dollars at risk to green up the environment and we deserve respect for that," Pallister said, adding Manitoba will soon supply hydroelectricity to neighbouring provinces as well.

Construction of a new, 80-kilometre transmission line to Saskatchewan is slated to be complete by mid-2021.

"We're ready to help our neighbours green up the country," Pallister said. "We want acceptance of our made-in-Manitoba green strategies.

At the same time, Pallister suggested he was open to talking more about carbon pricing in Manitoba.

"I would think it's fair to say that there's going to be a dialogue between the province and the federal government in respect of our made-in-Manitoba green plan and that dialogue will include a carbon price of some kind," he said.

"We'll have that discussion in the not too distant future together."

He warned, however, that Ottawa will have to show some flexibility if it wants him to play the role of bridge-builder to the other two Prairie provinces.

He said for the most part, he was happy with what was discussed in his 30-minute meeting with Trudeau, whose three-day retreat in Winnipeg with his cabinet began on Sunday.

It was a short tête-à-tête, but Pallister said the two leaders touched on a number of issues where there is opportunity for federal-provincial co-operation.

The Prime Minister's Office said Monday afternoon that both leaders discussed the environmental assessment process of the Lake Manitoba and Lake St. Martin Outlet Channels Project, and agreed to continue working together on that initiative.

Pallister added flood protection to that list, which he says is particularly urgent to Manitoba.

"We have some very dangerous numbers coming our way right now, indicators that our soils are saturated [and] we have high water levels, record levels, in some areas," he said.

"We have to be able to move on flood protection."

A key part of that is the Lake Manitoba outlet "that needs to get built" so high waters threatening the southern urban centres can be directed north to the lake without causing major complications for lakeside communities, as in 2011, he said.

"We have been delayed, deferred, postponed for a long, long time. So that is clearly an issue we need to work together on."

Winnipeg Mayor Brian Bowman also met with Trudeau on Monday and said they spoke about how all levels of government must play a role in tackling a methamphetamine crisis gripping the city.

Like Pallister's, Bowman's 30-minute closed-door meeting also focused on infrastructure projects and public safety, but the greatest emphasis was on the next steps in an illicit drug strategy.

Forty-four people were killed in the city last year and the city's police chief has said much of the violent crime is linked to addictions and methamphetamine.

The Addictions Foundation of Manitoba says meth use increased more than 100 per cent in adults and nearly 50 per cent in youth since 2014.

The mayor had called for a face-to-face meeting with both Premier Brian Pallister and Trudeau in November, after the killing of a three-year-old boy.

Bowman says any plan of action must include strategies for mental health, addictions and families in crisis — which often fall out of the city's jurisdiction. 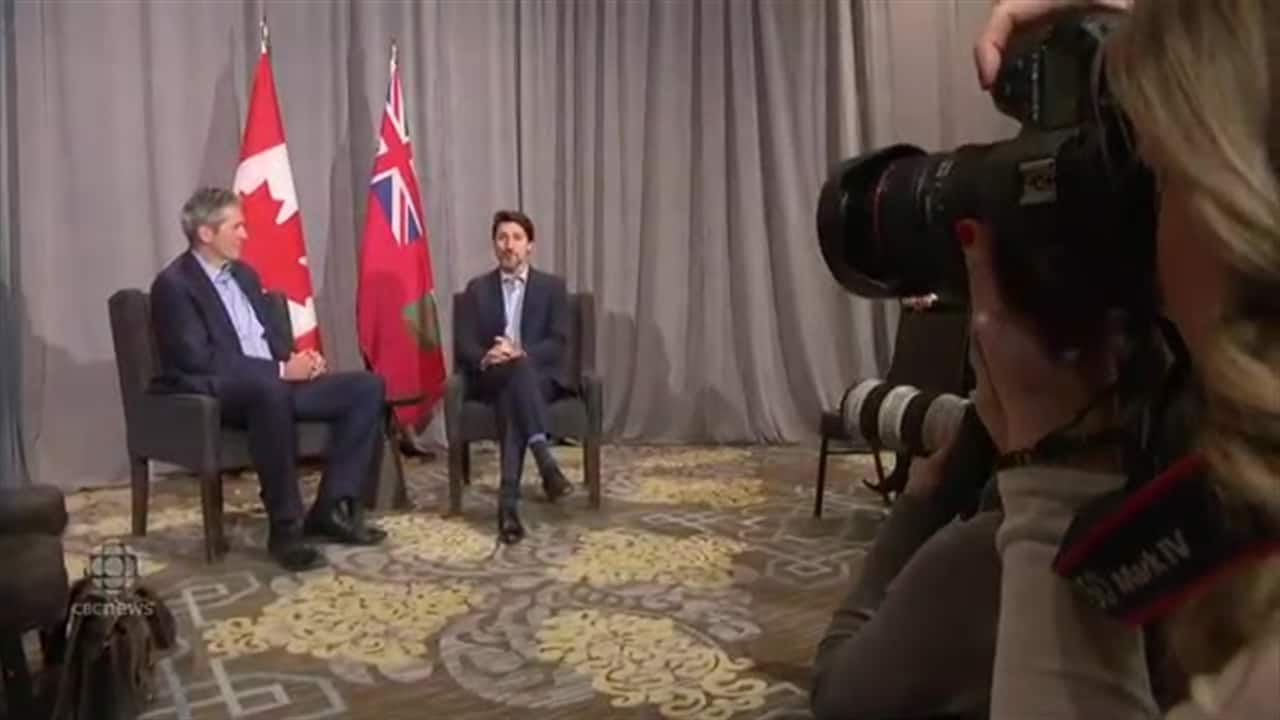