Manitoba Premier Brian Pallister is calling on the federal government to establish an emergency credit agency, as the COVID-19 pandemic devastates the province's finances.

Manitoba Premier Brian Pallister is calling on the federal government to establish an emergency credit agency, as the COVID-19 pandemic devastates the province's finances.

He's forecasting a $5-billion budget deficit this fiscal year alone, and says the province may need to borrow as much as $10 billion — which is higher than the nearly $6 billion it planned on.

The province cannot afford a planned cut to the PST either, he said.

"Let's be frank: our revenue is down. Not a little, a lot — way down," Pallister said at a news conference Thursday afternoon at the Manitoba Legislature.

The borrowing will be necessary to sustain the province's health-care system, Pallister said, and he's committed to maintaining the services the Manitoba government already provides.

He wants Ottawa to establish a credit agency to borrow money on behalf of the provinces, arguing the federal government can land a cheaper interest rate due to its relative fiscal strength — around one percentage point lower than his own government, Pallister estimates.

"We, and virtually every other Canadian province, will need to borrow more money to protect our health-care system," he said. "There is no choice." 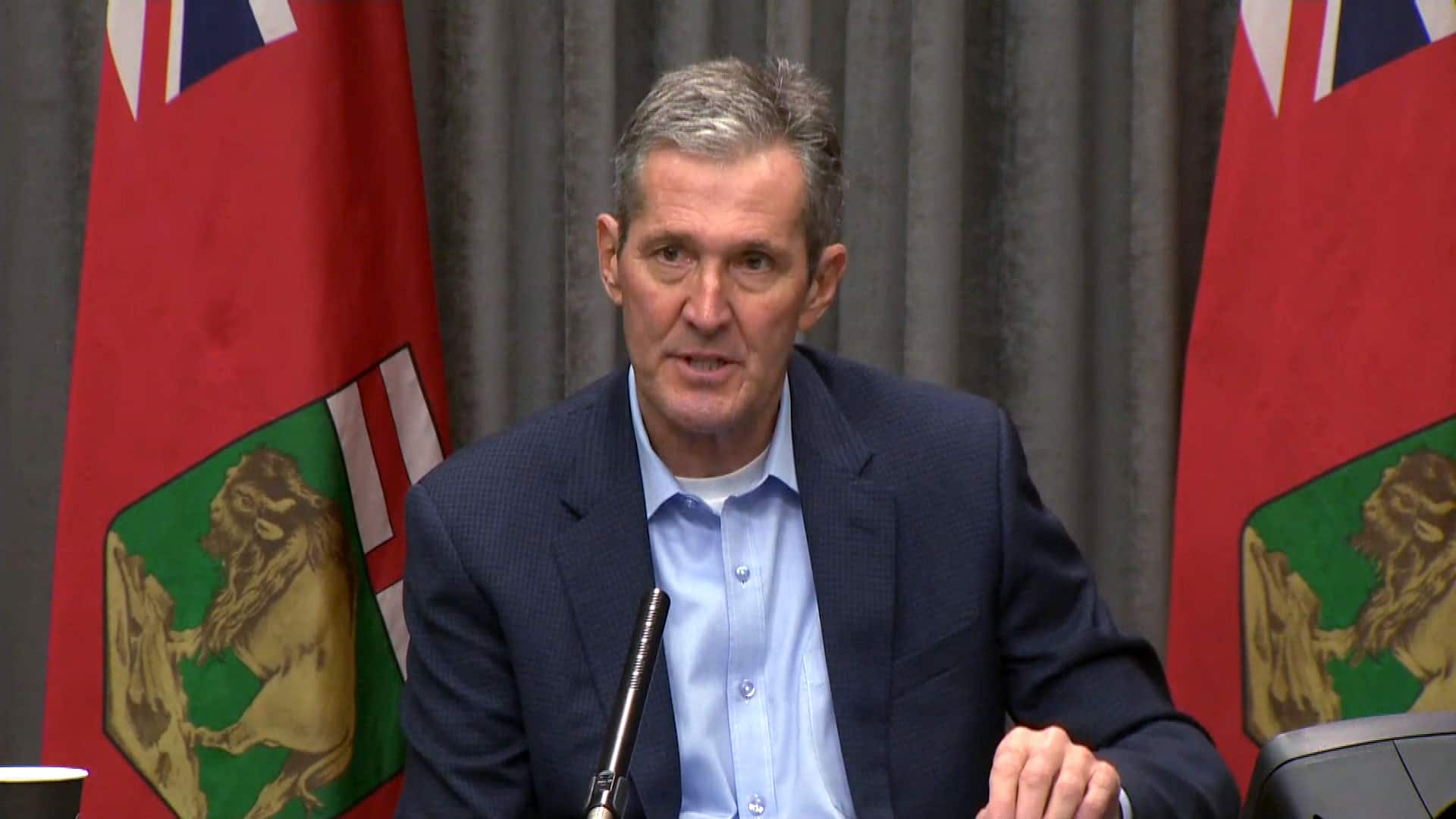 11 months ago
1:12
Manitoba Premier Brian Pallister explains why he believes an emergency credit agency is needed to help provinces borrow the money they need during the COVID-19 pandemic. 1:12

"Should the situation deteriorate further or faster, that savings fund will be used up even sooner," leading to the need to borrow billions of dollars, he said.

To shore up the government's finances, the premier said his government would hold off on implementing its own provincial carbon tax and making a planned cut to the PST, which was scheduled to come into effect on July 1.

"Those changes will have to wait," he said. "Right now, we're fighting a pandemic."

The province was planning to use revenues from its own $25 per tonne carbon tax to fund the one percentage point reduction in the provincial sales tax, which would have dropped the PST to six per cent.

The premier said he shared his proposal for an emergency credit agency with Prime Minister Justin Trudeau and Deputy Prime Minister Chrystia Freeland. Pallister said he expects other provinces will be on board.

"I'm not asking for the federal government to increase its costs. We're simply asking for it to act as an intermediary so we can use its credit rating in order to pay less on borrowing," Pallister said. "This is not a handout program."

The premier said more announcements regarding additional closures and aid packages related to the pandemic would be revealed in the near future, and that he'd have more to say on pandemic-induced mental health challenges on Friday.

The Opposition says Manitobans don't have time to wait for more help.

"The province should focus on doing everything possible to get Manitobans the supports they need first and worry about sorting out the details with the federal government later," NDP Leader Wab Kinew said in a statement.

Pallister spent his first term trying to whittle away at Manitoba's budget deficit, which was approaching $1 billion before his Progressive Conservatives were elected in 2016. 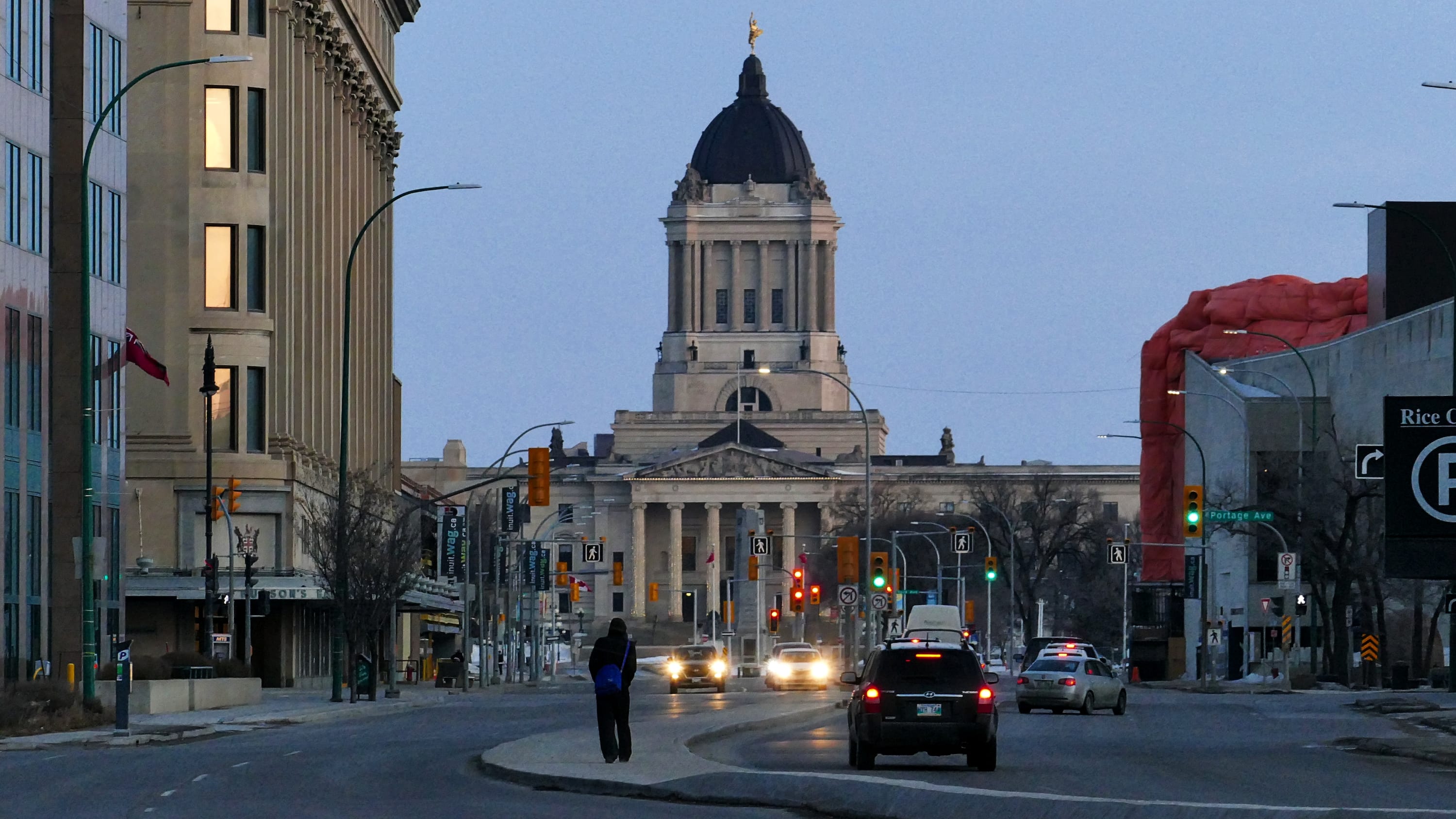 11 months ago
2:02
When we talk about COVID-19 we usually refer to cases and patients but there's another patient in dire condition, Manitoba's economy. 2:02

Earlier this month, his government was projecting a $220-million deficit for the 2020-21 fiscal year — a forecast now obsolete in the face of the global coronavirus pandemic.

As of Thursday morning, Manitoba had 36 reported COVID-19 cases. One person with the illness remains in hospital in critical condition.

Earlier in the day, the province announced it is expanding the criteria for who can be tested for COVID-19.

All symptomatic health-care workers and people who live or work in remote communities or group settings — such as correctional facilities, shelters, long-term care or residential facilities, and remote work camps — can now be tested for the virus.

The province will continue to test people who show symptoms and who have travelled outside the province, been in close contact with a confirmed case, or worked with COVID-19 tests in a lab.