The province is expanding its bridge grant program for businesses impacted by COVID-19 restrictions, extending the application period to Jan. 31 and doubling the amount for first-time applicants.

The province is expanding its bridge grant program for businesses impacted by COVID-19 restrictions, extending the application period to Jan. 31 and doubling the amount for first-time applicants.

New applicants will receive a one-time payment of $10,000.

The province is also expanding the criteria to allow more businesses to apply for funding, says a news release from the province.

Hotels, resorts, lodges, outfitters, travel agencies, janitorial service companies and owner/operators of licensed passenger transportation businesses that have seen demand for their services impacted by the public health orders will now be eligible for the program under the updated criteria.

The program was first announced on Nov. 10, 2020, offering businesses impacted by the restrictions $5,000 in support up front.

It was intended to help businesses get through to the end of the year, but the province committed to releasing a second, equal payment if restrictions extended past Jan. 1.

"We'll never make up for the profit opportunities that have been lost and the hardship, emotionally, psychologically, to those folks who have dedicated themselves to their businesses," he said during a news conference Tuesday.

"For those who have had troubles, we are there to support you."

WATCH | Premier urges Manitobans not to give into 'COVID fatigue': 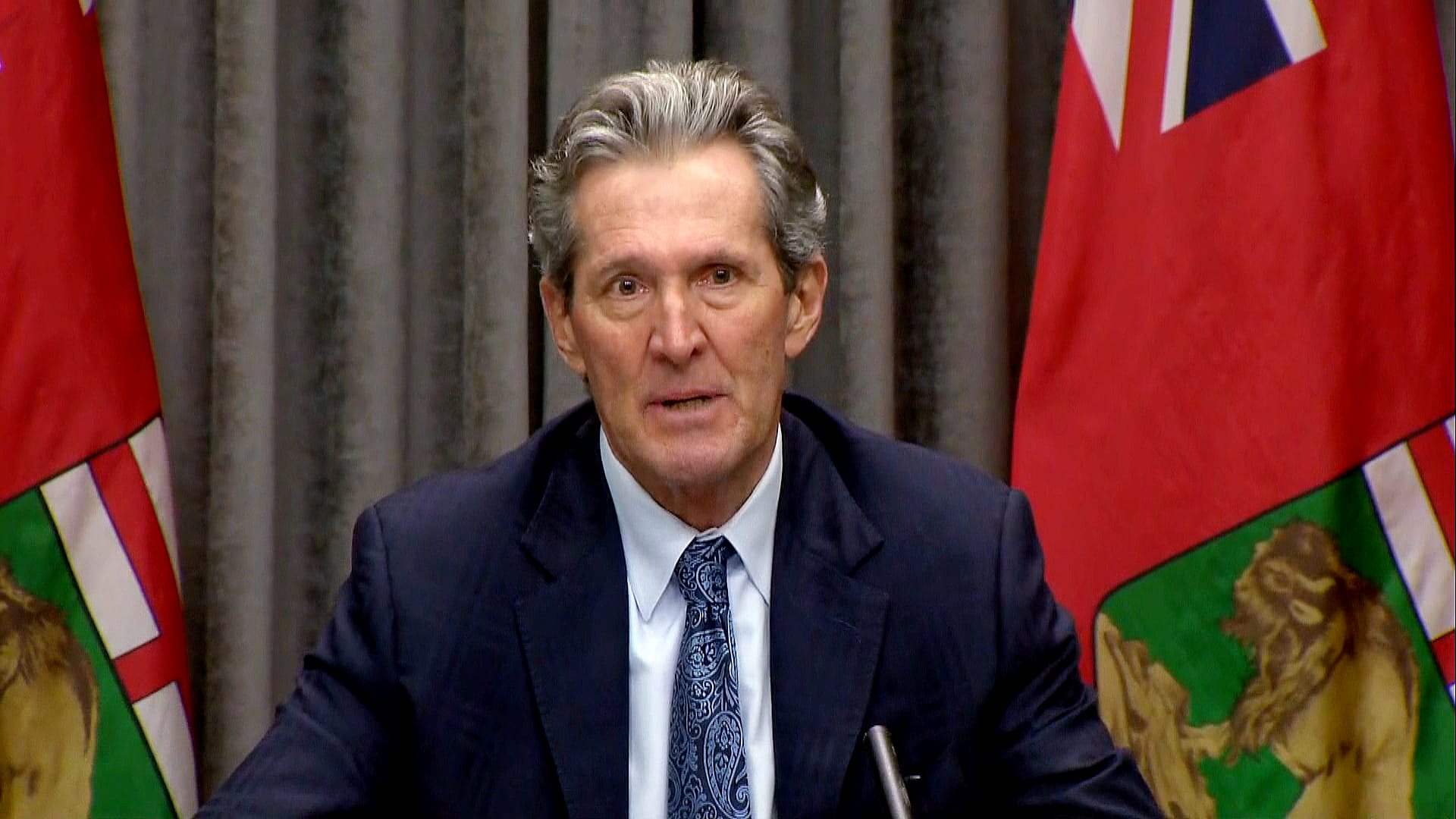 Premier urges rule-breaking Manitobans, businesses not to give into 'COVID fatigue'

2 months ago
1:47
Manitoba Premier Brian Pallister said he understands why businesses and individuals want months-long restrictions to end, but he implores the public not to give in now as COVID-19 trends seem to be improving in the province. 1:47

Not enough to help businesses: opposition

However, both the Opposition NDP and Liberals criticized the Pallister government for not doing enough to support businesses that have been forced to stay closed for weeks, saying the $5,000 grants that went out to previous applicants are barely enough to help them make ends meet.

"As long as the government fails to recognize the reality of small businesses who are struggling right now, then I don't think we can say that this government is doing everything that they can to help public health," said Manitoba NDP Leader Wab Kinew.

Manitoba Liberal Leader Dougald Lamont said he thinks there are a lot of businesses that are going to go broke in spite of the expanded support, adding that he thinks some businesses could now open safely.

"If the PC government is going to continue to tell people that they cannot open their doors, they have to step up with better business supports and better supports for individuals," he said.

Last week, the province extended strict lockdown measures for another two weeks after contact tracers uncovered hundreds of COVID-19 cases linked to holiday gatherings. They will be in place at least until Jan. 22.

On Tuesday, health officials announced 92 new cases of COVID-19 and eight more deaths from the virus.

There has been growing frustration from owners of businesses forced to close because of public health orders, who say they are struggling to keep up with bills and the province's supports have not been enough.

One tattoo shop owner decided to reopen his shop despite the public health orders, saying keeping the shop closed is no longer an option for him as a business owner and as a provider for his family of six.

Businesses deemed non-essential, including salons, restaurants and most retails shops, have been closed for two months due to public health orders.

Movie theatres, concert halls, sports facilities and restaurant dining rooms in the Winnipeg region have been closed for even longer, after the province moved the capital area to the red, or critical, level on the pandemic scale on Nov. 2. 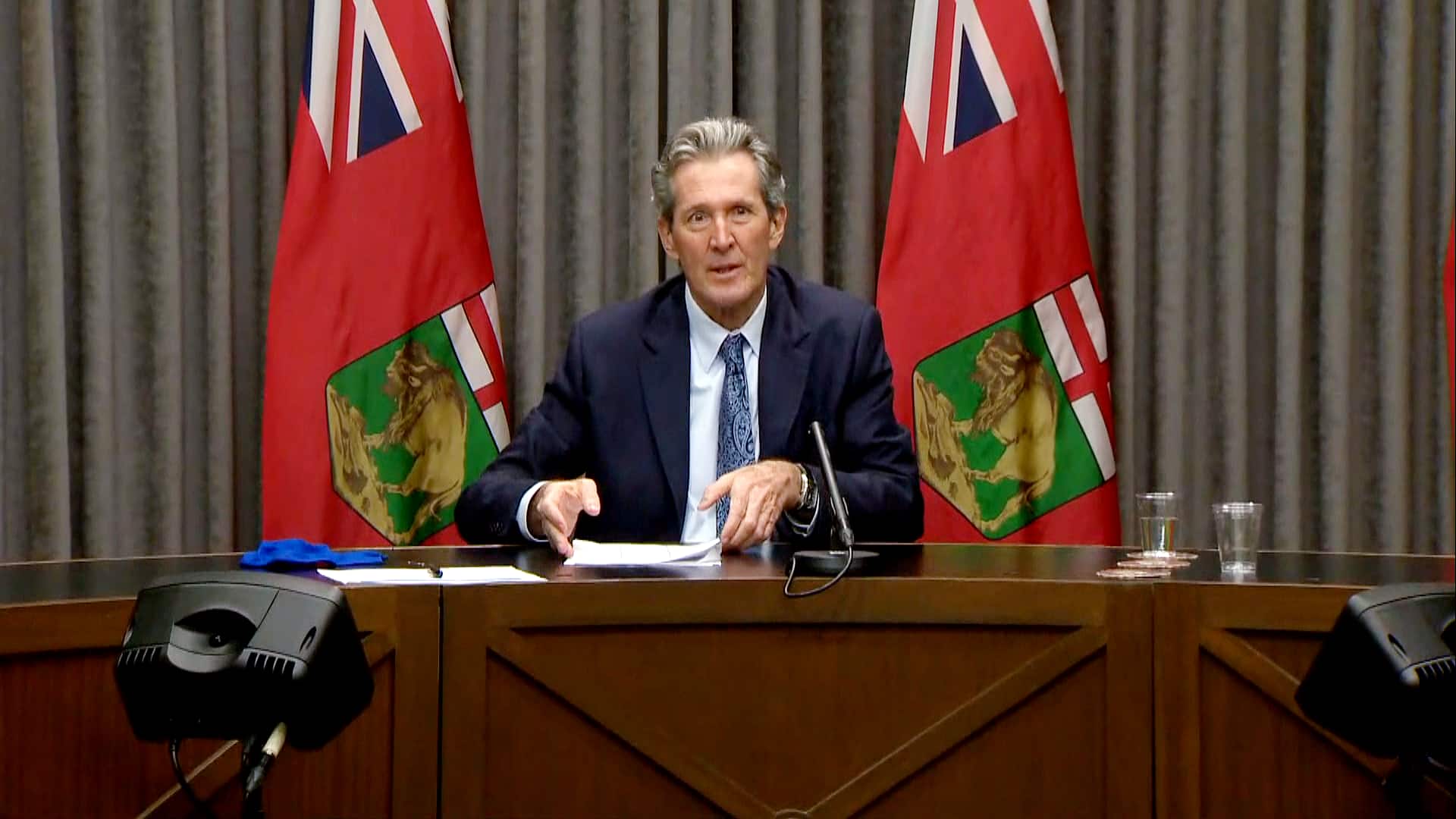 2 months ago
52:12
The province is expanding its bridge grant program for businesses impacted by COVID-19 restrictions, extending the application period to Jan. 31 and doubling the amount for first-time applicants. 52:12
CBC's Journalistic Standards and Practices|About CBC News