Premier Brian Pallister is calling on Manitobans to volunteer at COVID-19 testing sites and within health-care facilities as the province continues to see climbing COVID-19 numbers, hospitalizations and stricter restrictions.

Premier Brian Pallister is calling on Manitobans to volunteer at COVID-19 testing sites and within health-care facilities, as the province continues to see climbing case numbers and hospitalizations, along with stricter restrictions.

However, some criticized the initiative, arguing the Pallister government is using volunteers to fill staffing gaps.

Pallister said at a news conference Tuesday morning that the province is asking qualified Manitobans to register to become health system volunteers using Help Next Door MB, an app and online tool the province launched in March.

Volunteers are needed to help with various tasks at COVID-19 test sites, to support screening at health facilities and provide other health system supports to assist our front-line workers, the premier said.

The tasks could include things like checking people in at testing sites, taking temperatures, directing traffic or helping people who are waiting in long lines, Pallister said.

"Manitobans have a long and very proud history of stepping up in times of need," he said.

"This is indeed a time of need for many Manitobans."

There were 103 new cases announced on Tuesday — a sharp drop from 241 on Monday, and a record-shattering 480 new cases last Friday. But hospitalizations also continued to climb, with 130 people in hospital — six more than on Monday — and 20 in intensive care, up from 18.

As hospitalizations continue to climb and ICU capacity is being pushed to the brink, Manitoba NDP Leader Wab Kinew criticized the Pallister government for taking advantage of Manitobans' good nature instead of spending the money to hire more people.

"There are people out there who could be hired right now. Why isn't the government hiring them? Why is the government putting out a call for volunteers in health care rather than just hiring people?" Kinew said.

The Manitoba Association of Health Care Professionals, which represents about 6,500 health care professionals in the province, also slammed the move.

In a statement, the union's president Bob Moroz criticized the Pallister government for making huge cuts to health care before the pandemic,

"Now he's asking Manitobans to volunteer to pick up the slack and put themselves at risk," he said.

"We're not going to bootstrap our way out of this, he's going to have to make real investments."

There's an immediate need to create greater capacity to help with low-skill tasks at testing sites and health-care facilities during the pandemic, he said, not permanently expand the province's civil service, he said.

Those interested in volunteering can create a profile on the app, and select their region of the province and area of interest.

If and when their application is approved, the volunteer's contact information will be shared with their regional health authority to follow up.

In addition, Pallister also said that the province will be stepping up its engagement efforts, including a weekly telephone town hall with provincial officials on various topics.

He said as of Tuesday morning, nearly 3,000 people had taken part in an online survey about a potential curfew.

Pallister said the province needs public buy-in and a lot of resources, like police officers, to make a curfew work, which is why it's soliciting feedback.

He said he had not heard of another jurisdiction in Canada that has implemented a curfew during the pandemic, but said the province's COVID-19 numbers are spiking in part because of social gatherings that are happening in the evening. 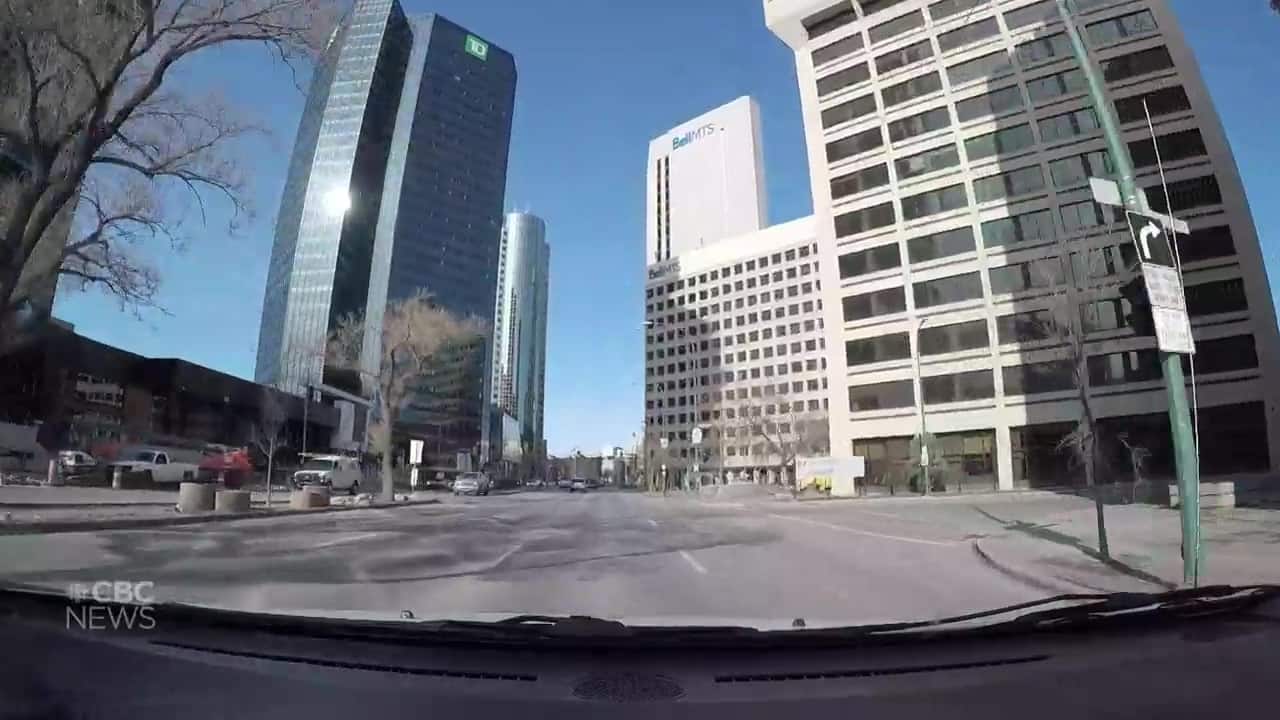 Manitoba calls for volunteers to help at health-care facilities

3 months agoVideo
1:52
As the disease continues to claim lives, Manitoba's premier put out another call for help. Premier Brian Pallister is calling on Manitobans to sign up to volunteer at COVID testing sites and health care facilities. 1:52
CBC's Journalistic Standards and Practices|About CBC News