Students at Brandon University signed up with Canada's stem cell and bone marrow registry on Friday, showing their support for a former student and athlete battling cancer. 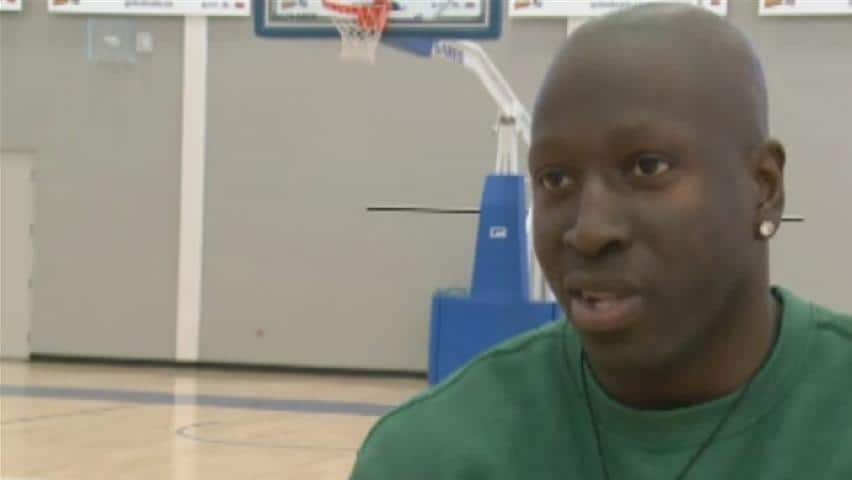 Students at Brandon University signed up with Canada's stem cell and bone marrow registry on Friday, showing their support for a former student and athlete battling cancer.

Donovan Gayle, a former Brandon University basketball player and assistant coach, was diagnosed with leukemia in June and needs a bone marrow transplant.

"I started crying. I was like, how is this possible?" Gayle said, recalling the moment he was diagnosed.

Students came out in droves to have their mouths swabbed for the OneMatch stem cell and marrow network, as part of a registration event held Friday.

Gayle, who organized the on-campus event, is one of 711 Canadians waiting for transplants.

"The chances of them finding a match is like winning the lottery," said Lilet Raffinan, co-ordinator of donor management with OneMatch.

Raffinan said the OneMatch program has a special need for male donors who are not Caucasian.

"Our database is composed of 79 per cent Caucasian [donors] and rest coming from different ethnic backgrounds," she said.

"The best chance for these patients to find a match comes from their own ethnic background, so we're making an effort to really diversify … the database."

As it turns out, a donor has been found for Gayle: his younger sister, Marlene, who was tested and found to be his match.

His sister is flying from Toronto to Manitoba in two weeks, and their transplant surgery will take place Oct. 1.

"Her being a match it was just, it was a miracle."

Gayle said the goal of Friday's registration event at Brandon University is to pay that good luck forward and try to find potential matches for other patients.

"I've met a lot of patients that I've interacted with on the ward, and they're sitting there hoping for a match, too," he said.