A backlog of investigations into abuse at personal care homes has left a Manitoba widower waiting almost two years for answers after his wife died following a short stay at a care home in Brandon.

A backlog of investigations into abuse at personal care homes has left a Manitoba widower waiting almost two years for answers after his wife died following a short stay at a care home in Brandon.

"I think it's ridiculous. I just think it's unconscionable," said Hugh Davis, whose wife Sharen died on Oct. 29, 2017.

"I want to hear that somebody is going to be held accountable for the lack of care that was given to my wife."

Davis says his wife was healthy and in good spirits when he dropped her off at Fairview Personal Care Home for a 25-day stay.

By the time she returned home Oct. 3, she was noticeably uncomfortable and had sores on her body. She was eventually hospitalized and died after contracting Klebsiella pneumonia, an infection most often picked up in personal care homes or hospitals.

Davis believes it was the lack of care she received at the care home that caused her infection.

The death of Sharen Lee Davis, 66, is just one of the 170 ongoing investigations sitting on the desk of the province's Protection of Persons in Care Office (PPCO).

"She was sent home sick. And nobody did a bloody thing about it," Davis said.

A CBC investigation has revealed the office is still reviewing almost three-quarters of the investigations it has opened in the past three years.

Despite the backlog and an uptick in abuse complaints, the office is working with fewer investigators than it was five years ago.

The PPCO is responsible for reporting, investigating and resolving allegations of abuse in personal care homes. When it believes there are reasonable grounds that abuse or neglect occurred, it will conduct an investigation. Only about two to three per cent of reports are elevated to investigation status each year.

The office has over 1,000 files that include a combination of intake reports that haven't yet been opened, reports in inquiry stage and open investigations. Six investigators are in charge of those investigations, down from seven in 2015-16. 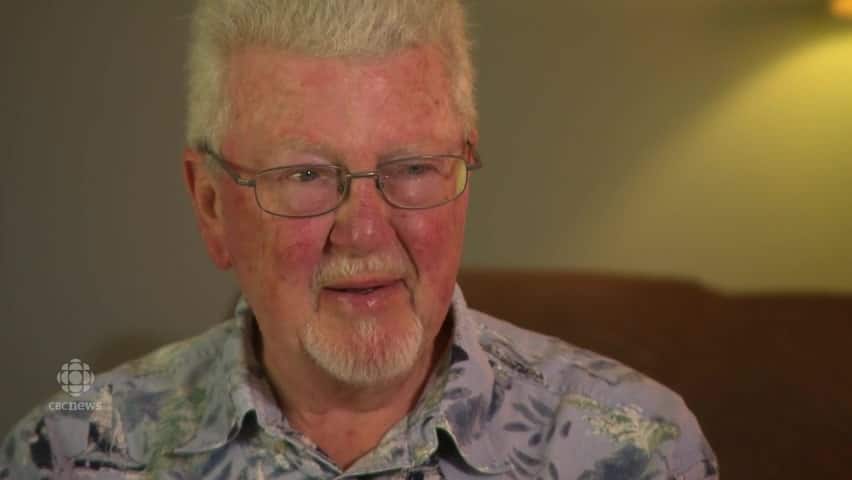 2 years ago
0:33
A backlog of investigations into abuse at personal care homes has left a Manitoba widow waiting almost two years for answers after his wife died following a short stay at a care home in Brandon. 0:33

He noted in a prepared statement that an intake officer was hired this year. That person's job is to decide whether an abuse allegation should be elevated to an investigation.

"For at least the past seven years, the PPCO has reported files have remained open for up to three years, although more serious cases will be expedited when appropriate," the minister said in the statement.

'She was a quiet patient'

Davis reported his wife's death almost immediately to the PPCO. He doggedly detailed every aspect from the time he dropped her off at the PCH to when she was hospitalized later with pneumonia.

As a type-two diabetic, Sharen had her share of health scares, including two strokes. She required round the clock care after being diagnosed with vascular dementia in 2015.

Davis diligently looked after her through the years. The two would hold hands as they watched television and he learned how to read Sharen's mood based on the look in her eyes.

"And that's the problem, because she was quiet. She was a quiet patient. And the staff could get away with not looking after her because she couldn't say anything."

Luckily, Davis had home care workers to help out and the pair's two children lived within blocks of their home.

Periodically, Davis would place her in a care home if he had to leave town. In September of 2017, he took her to the home so he could take a trip down the Pacific Coast Highway.

After Sharen's death, Davis got statements from the two private We Care home care staff who took care of Sharen when she came home from Fairview. The documents were provided to CBC.

One worker said she appeared "tired and not herself" when they first saw her. She had a rash and her skin was covered in red marks. They reported she had skin breaks in her vaginal area.

The information was corroborated by a second home care employee who said Sharen had dark blisters on her body that were not present before she went to the PCH.  Davis believes they only bathed her once a week and didn't change her diapers regularly.

To Davis's dismay, the investigators didn't begin trying to contact the workers until April of this year.

"Which is in my opinion ridiculous. From my own personal experience working at [Manitoba Public Insurance], if you want to contact a witness you do it right away and get a witness statement while everything is fresh in their mind," he said.

Sharen's health continued to decline and she was rushed to the emergency room on Oct. 12. She was diagnosed with a urinary tract infection, kidney failure and Klebsiella pneumonia and placed in palliative care. She died 17 days later.

Davis doesn't know the status of the investigation. The inspector told him over the phone that their office is "swamped" at the moment.

"I have no idea because they won't talk to me," he said.

"Prairie Mountain Health (PMH) is aware of the PPCO investigation and always fully cooperates. PMH deals directly with families on matters of this nature and we will not discuss details through the media," CEO Penny Gilson said in an email statement.

With no answers, Davis says he blames himself.

"Had I known then what I know now, I would never have put her in Fairview. I just feel so guilty leaving her in there for those 25 days." he said.

"If I had to do it all over again, I wouldn't have done that."

CBC also learned the PPCO is no longer tracking or publicly releasing the outcomes of these investigations.

Until 2015-16, a comprehensive annual report was released detailing the type of abuse alleged, who reported it, and whether the allegation was founded or unfounded.

The government stopped publishing the reports in 2016-17, as the data is "no longer collected and collated in the same way," according to a spokesperson for Manitoba Health.

To get details from the past three years, the CBC filed a freedom of information request. When the request came back, Manitoba Health could not provide several details, including the outcomes of investigations.

The department no longer tracks whether allegations of abuse are founded or unfounded.

Davis says he wants people to see his story as a warning, so they take extra steps to make sure their loved ones are looked after when they are in a care home.