Concern is mounting in Brandon, Man., after four people overdosed on drugs last weekend, with some residents saying it serves as a wake-up call for action.

Advocates not surprised to hear 4 overdoses occurred over 1 weekend

Concern is mounting in Brandon after four people overdosed on drugs last weekend, with some in the southwestern Manitoba city saying it serves as a wake-up call for action.

"This is very concerning to us," said Sgt. Dave Andrew, a spokesperson for Brandon police. "And it should be, I think, to members of the public."

Andrew said three of the instances appear to be related. He said the three people weren't together, but it's believed they overdosed on the same batch of heroin. Police don't know yet if fentanyl was involved but testing is underway.

A fourth person overdosed on what police believe was a combination of methamphetamine and morphine, Andrew said.

All four were treated at hospital and have since been released.

Kim Longstreet, who has advocated for additional resources and help for drug addicts since she learned her son was addicted to meth in 2014, wasn't surprised to hear about the latest overdoses.

"It happens more often than not and it's not being shared," she said, adding that overdoses the public has heard about are the tip of the iceberg.

Longstreet organized a town-hall forum in Brandon in September on drug addiction and resources available for families. However, she believes a broader conversation with the community needs to happen soon.

"Now's the time. You've had your wake-up call, you've had four overdoses in a weekend," said Longstreet. "If that doesn't tell you in your own community that you really, really need to do something, I don't know what's going to tell you that."

She said families have been calling for the opening of a proper detox facility and long-term treatment in western Manitoba.

There are currently no designated drug-detox beds in Brandon, meaning many addicts wanting to get help first have to detox in their own homes, without medical intervention, before attempting to get into treatment.

Drug use on the rise

Andrew said drug use and reported overdoses have increased in the last few years in Brandon.

"It's a very high-risk situation to the individuals," he said, adding that drug use may be to blame for other crime in the city.

"The number of break and enters over the course of the summer has risen drastically for us.… We suspect strongly that the individuals responsible are looking to obtain quick cash in order to purchase drugs," said Andrew.

Brandon police responded to five instances of breaking and entering on Monday alone.

Roberta MacKinnon, president of the Brandon Bear Clan, says members of the citizen patrol were trained in June on how to use naloxone kits, which can counter the effects of an opioid overdose.

MacKinnon said members haven't had to use any of their kits yet, but said needles and syringes are regular finds for patrol members.

"That really saddens me," said MacKinnon. "I do know that there is a bigger drug issue than what people want to admit to."

She said members don't ask people they encounter on patrol about drug use, but she has been told meth use is on the rise.

Longstreet said she'd like to remain hopeful that last weekend's overdoses are the catalyst for conversation she says is needed.

"I hope this community says, 'You know what, we need to take this seriously,' in order to maybe avoid a major disaster or something that gets way out of control." 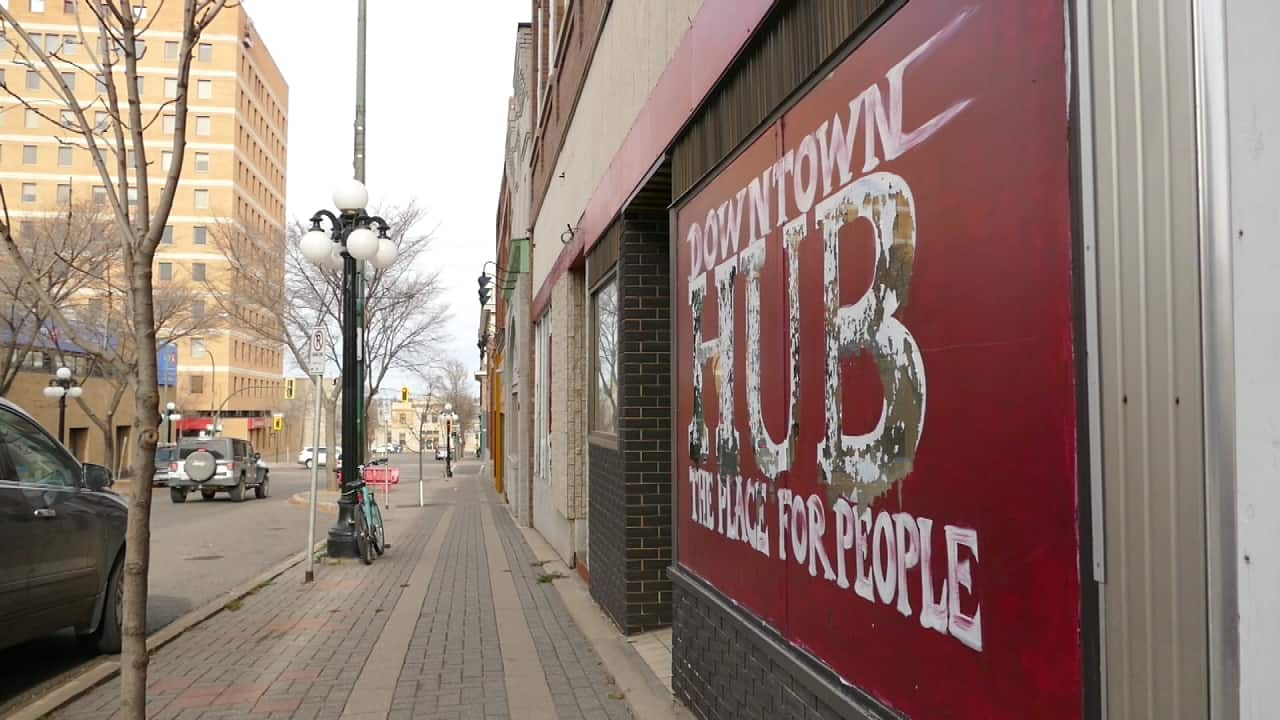 3 years ago
1:46
Concern is mounting in Brandon after four people overdosed on drugs last weekend, with some in the southwestern Manitoba city saying it serves as a wake-up call for action. 1:46