Students in Brandon were back in classes on Wednesday, and with them a mélange of overwhelming smells. 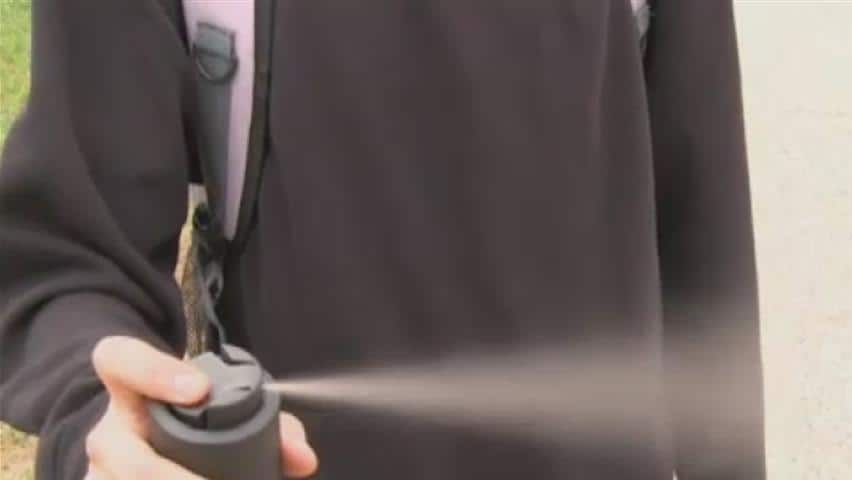 7 years ago
1:54
The Brandon School Division in western Manitoba says its schools have a major problem with teen boys dousing themselves in body sprays and colognes. 1:54

Students in Brandon were back in classes on Wednesday, and with them a mélange of overwhelming smells.

According to Brandon School Division chair Brian Sefton, schools are having a major problem with teen boys dousing themselves in body sprays and colognes.

"You’re walking down a hallway after someone has sprayed a whole bunch of Axe [body spray] or whatever it happens to be, and we think there’s no oxygen left," he said.

Sefton said everyone from school bus drivers to teachers and parents are complaining.

"Saying much the same thing, you know, it’s really hard to concentrate when so and so has got two thirds of a can of Axe on," he said.

On Wednesday, Sefton said marketing may be partly to blame for kids overdoing it.

"The commercials out there say that, 'If a little is good, more must be better,’'' he said. "Therefore, 14-year-old boys believe that if they use two thirds of a can, then naked women are going to jump out of their lockers."

"It’s really humid nowadays, so I don’t want to smell like sweat all the time," explained Young.

But Pasche admits some students can overdo it.

"Sometimes it depends if I’m going out with somebody or to someone’s house -- I can overkill it a little," he said.

Sefton said he understands not all scents can be eliminated -- deodorant and laundry detergent are both OK, but perfumes and body sprays have become a problem.

The school board is set to vote on the proposed ban on Monday. If it passes, it will be a few months before its fully implemented.

Pasche and Young both agreed that using too much spray isn’t a good idea, but they don’t think a ban is a good idea either.

"I think it’s useless. They shouldn’t have to go through all the time to do it. People should cut back on their own," Pasche.

The teens added if people don’t like the smell now, it could be a lot worse without it.