Musician and philanthropist David Foster is the first person to receive a key to the City of Winnipeg since Brian Bowman was elected mayor two years ago.

Musician and philanthropist David Foster is the first person to receive a key to the City of Winnipeg since Brian Bowman was elected mayor two years ago.

At a ceremony outside city hall, Bowman handed the Victoria, B.C.-born composer, producer and songwriter an award to recognize decades of promoting the need for organ donation as well as to raise the profile of a fundraising concert slated for Saturday at MTS Centre. 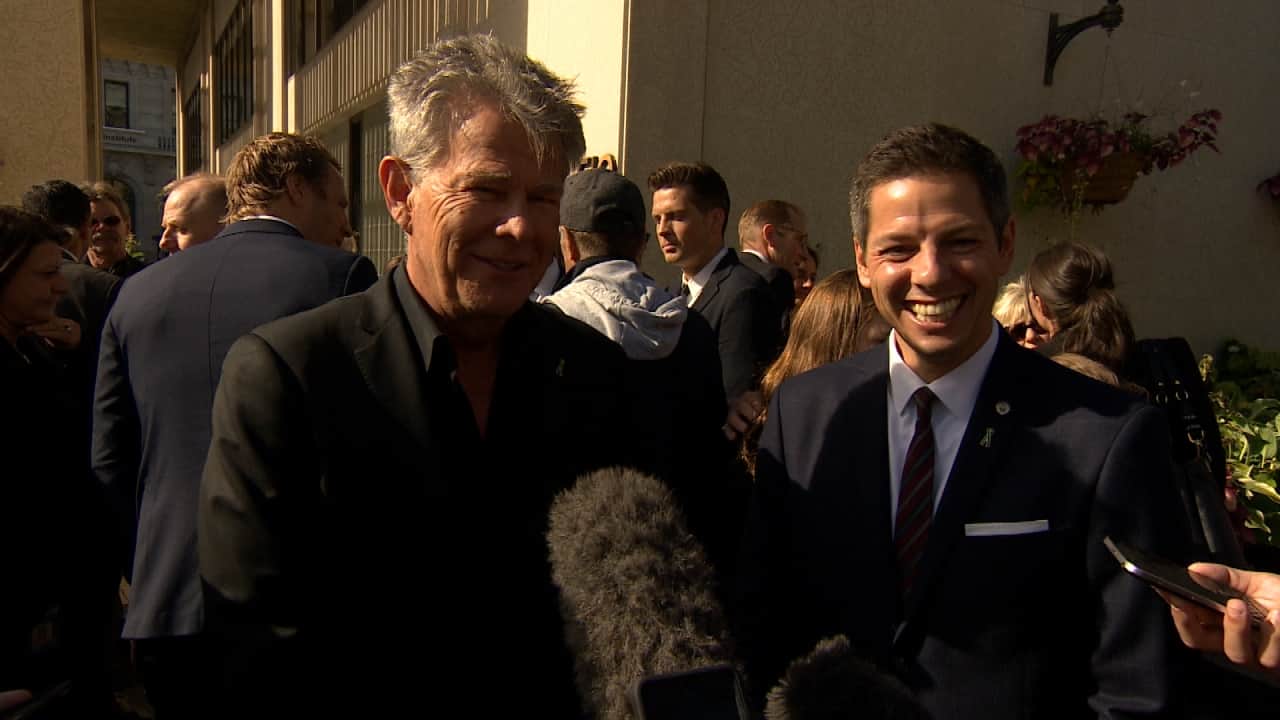 David Foster gets key to the city

4 years agoVideo
1:41
Musician and philanthropist David Foster is the first person to receive a key to the City of Winnipeg since Brian Bowman was elected mayor two years ago. 1:41

Foster, 66, said he took up organ donation as a cause approximately 30 years ago, after his mother asked him to visit an ill child.

"Thirty years ago, if you needed a transplant, you had to leave Canada and visit America to get it done," said Foster, who subsequently built an endowment fund that supports the families of people who need organ transplants.

That fund now stands at approximately $25 million, he said. He hopes to raise another $50 million to allow even more proceeds to benefit families of people in need of transplants.

"We're not there yet, but we're getting there," he said, adding it's even more important for Canadians to sign up to be organ donors.

Bowman urged Winnipeggers to do so by visiting Signupforlife.ca. The mayor said he waited to hand out a key to city until he found "somebody who's really making a difference" in Winnipeg as well as Canada as a whole.

"It's not only fun, but it's also appropriate, given the work that David is doing," Bowman said.

After receiving his award, Foster raised it above his head in jubilation, only to see the key fall from its frame and hit the ground.

"It's made from metal," Bowman quipped.

Foster, who lives in Los Angeles, later joked he would use that key to enter Winnipeg homes.