Bipole III route a mistake that can't be changed, Manitoba Hydro board says

Manitoba Hydro's plan to build the controversial Bipole III transmission line down the west side of Lake Winnipeg is a billion-dollar mistake that will threaten the province's finances, but it cannot be changed now, says the Crown utility's board chairman.

Much of the work is done, and delays or changes could be expensive, says utility's board 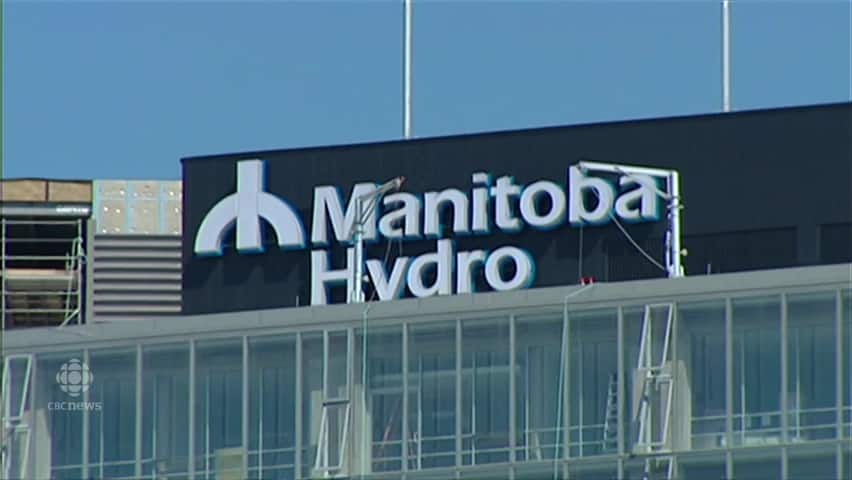 4 years ago
2:20
Manitoba Hydro's plan to build the controversial Bipole III transmission line down the west side of Lake Winnipeg is a billion-dollar mistake that will threaten the province's finances, but it cannot be changed now, says the Crown utility's board chairman. 2:20

Manitoba Hydro's plan to build the controversial Bipole III transmission line down the west side of Lake Winnipeg is a billion-dollar mistake that will threaten the province's finances, but it cannot be changed now, says the Crown utility's board chairman.

Rerouting the line down the east side of the lake, which critics of the project had wanted, would be too expensive at this point, said Sanford Riley, chair of the Manitoba Hydro-Electric Board.

Riley said a review of the project has found 95 per cent of the construction contracts for Bipole III have been awarded and $2.9 billion in project funding have been already committed or spent.

Delaying or cancelling the project now is also not doable, Riley said, because Bipole III is needed to transport electricity from the Keeyask generating station, which is also being built, as promised in export contracts.

"We cannot delay or cancel or reroute the current Bipole III [line] without costing Manitobans $7 billion," he told reporters in Winnipeg on Wednesday.

Manitoba Hydro has signed export contracts worth $4.5 billion that are dependent on the 695 megawatt Keeyask dam being operational, Riley said.

The review of Bipole III was ordered by the Progressive Conservative government after it was elected in April. Riley and the rest of the Manitoba Hydro board were appointed in May, two weeks after the election.

The review, which was done by Hydro's board of directors and Boston Consulting Group, says the decision by the former NDP government to have the transmission line built on a longer route through western Manitoba has added nearly $1 billion to the cost.

"Rerouting the Bipole III transmission line down the west side of the province was obviously a wrong decision, one forced on Hydro by the previous government, and has cost Manitobans an additional $900 million," Riley said in a news release.

"However, the review concluded that if construction is not completed, Keeyask's export contracts will not be filled, making the new generating station an asset incapable of generating revenues for many years. The board has been left with no choice but to move forward."

"For over a decade, we know the NDP spent beyond their means. They took millions of dollars from Manitobans and spent them without due consideration of whether those expenditures were wise," he said.

"The NDP pursued capital spending programs across government and within the Crowns, throwing hundreds of millions of dollars at short-term solutions or political promises without a full consideration of value for money. Value does matter."

Crown Services Minister Ron Schuler said the review found that construction of Bipole III was much further along than he knew, "but there are seven billion reasons that we cannot turn back."

"Our job going forward is to mitigate the damage caused by the NDP. In this instance, the legacy of the NDP mismanagement has brought Hydro significant damage," he said.

"They can look at the rear-view mirror and say, 'Wow, you said one billion and it's now four.' Well, it's part of the decision-making process. You decide on the basis of the evidence or whatever is laid out as plans for you."

Manitoba Hydro says it is scheduling public information sessions over the next few weeks to answer people's questions about its financial situation.

"The debt of Manitoba Hydro is the debt of all Manitobans," Friesen said.

Riley said neither project is on track to be done on schedule, with Hydro currently projecting delays of between 12 and 15 months for Bipole III and between 21 and 31 months for Keeyask.

The review also says costs continue to rise. Bipole III is now expected to cost $4.9 billion, up $300 million from estimates last year. Keeyask's price tag has jumped by $700 million to at least $7.2 billion.

Hydro customers are already facing planned rate increases of four per cent each year for the next two decades, and Riley said the report's findings could add to that figure.

Riley said the Bipole III review has also uncovered a dire financial situation at Manitoba Hydro, which has embarked on what he called an aggressive and "imprudent" capital spending campaign.

The utility's debt is expected to grow from its current level of $13 billion to about $25 billion within the next three to four years, he said.

"In our view, the challenges facing Hydro go well beyond where and when to build Bipole III," Riley said.

"They go to the capacity of Hydro to complete all of the projects they've got underway without jeopardizing not only its financial position, but also the position of the Province of Manitoba."

Friesen said Manitoba Hydro's growing debt "threatens the bottom line of Manitoba," warning that the province could face further downgrades in its credit rating as a result.

- With files from The Canadian Press