A library named after late Winnipeg mayor Bill Norrie and his wife, Helen Norrie, a former teacher and librarian, is open in Winnipeg 1½ years after groundbreaking.

A library named in honour of the Norries — late Winnipeg mayor Bill and his wife Helen, a former teacher and librarian — is open in Winnipeg, nearly a year and a half after shovels hit the ground.

The Bill and Helen Norrie Library officially opened at the corner of Grant Avenue and Cambridge Street on Monday.

"This is a beautiful new library in an ideal location and I'm thrilled to have Bill's and my name associated with it," Helen said in a statement.

"I think it will be a wonderful resource for not only [the] River Heights area but for Crescentwood, Fort Rouge and Linden Woods as well."

The $9.3-million building replaces the River Heights Library on Corydon Avenue, which opened in 60 years ago.

The new, 14,000-square-foot space is an accessible, multipurpose building with tutorial and programming rooms, study and leisure areas and a 24-7 book return drop-off, the city said. It also has Wi-Fi plug-ins, a children's zone with playhouses for reading, and an indoor-outdoor fireplace in a reading room.

Accessible parking and non-gendered washrooms are also on site.

The design — which includes a pitched roof, earth tones and wood panelling — was influenced by feedback from locals and the history of the location, which was once home to a Métis community known as Rooster Town.

The Métis settlement was destroyed in 1960.

The library includes images of Rooster Town and related artifacts, as well as interpretive panels and books on the area.

"Being able to honour those who lived in Rooster Town as well as recognize Bill and Helen's longtime commitment to Winnipeggers with this new accessible, state-of-the-art space in our ward means so much to me," Coun. John Orlikow (River Heights-Fort Garry) said in a statement.

Prior to his time as mayor, Bill served on the Winnipeg School Board in 1964. He served on city council starting in 1971 and was elected mayor eight years later. 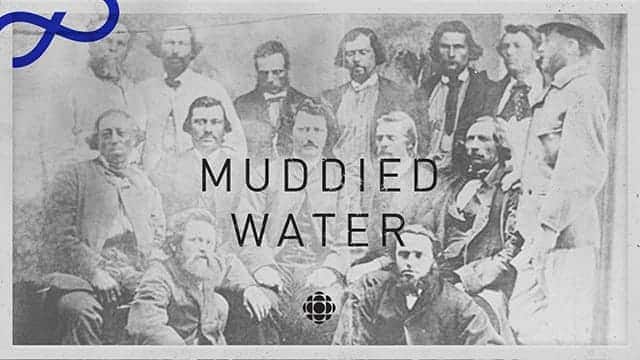 Muddied Water26:19S2 Episode 3: Rooster Town
Where are you from? The answer to that is an important part of understanding the identity of Métis people. Having a strip of land to call home is not just an issue of Indigenous rights but an important factor in one’s connection to community and culture. Frank Sais is from Rooster Town, a Métis community that once stood in what is now the southwest portion of Winnipeg...but was dissolved by the city in the 1960s. The story of Rooster Town is a window into how Métis people built community in Manitoba and how Canada’s broken promises continue to impact them today. CREDITS: Stephanie Cram. Kim Kaschor. Janice Moeller. Bertram Schneider.