Dozens of volunteers helped kick off the Cycle of Giving 24 hour kids bike building marathon on Saturday afternoon at the Valour Community Centre on Burnell Street .

Aylen Mayor remembers what it was like to have a bike to ride as a kid.

"Absolutely loved it," said Mayor. "I was on my bike every day, all day."

Now she's helping to make sure other kids across the province can share that experience.

On Saturday afternoon, Mayor was one of the dozens of volunteers who helped kick off the Cycle of Giving 24-hour kids' bike-building marathon at the Valour Community Centre on Burnell Street.

The event is organized by the WRENCH, which stands for Winnipeg Repair, Education and Cycling Hub. Over the 24-hour period from noon Saturday until noon Sunday, groups of volunteers were working in teams to rebuild hundreds of bicycles that will be donated to kids who need them, in time for the holidays.

For Mayor, whose workplace sponsored one of the booths, it's a great cause to get behind.

"I know it can be really special to a kid," said Mayor. "We're trying to get as many bikes done as we can and just help out as many kids as we can."

To help make that happen, part of the Valour Community Centre has been turned into a makeshift bicycle repair shop. Fifteen stations are set up for volunteers to repair bikes, which are then sent to quality control for an inspection. Once that's complete, the bikes are washed and ready to go. 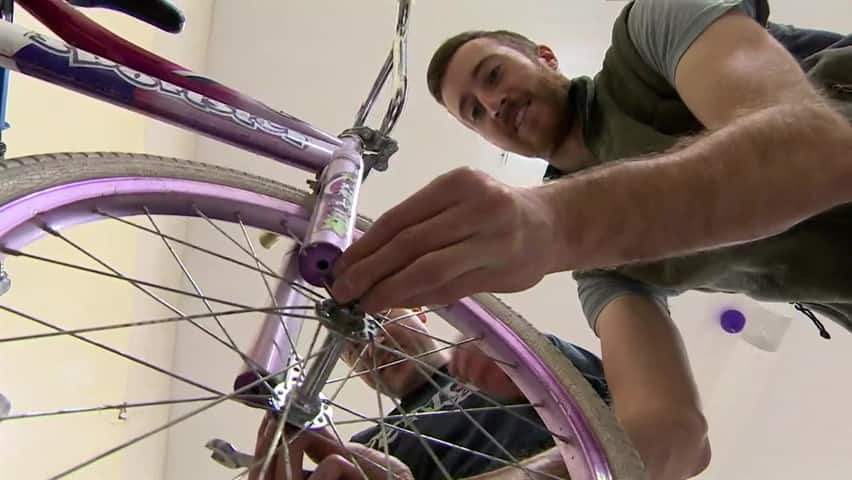 2 years agoVideo
2:33
Volunteers work in teams to restore more than 300 bicycles in time for the holiday season. 2:33

Patrick Krawec is the WRENCH's managing director. He said the WRENCH partners with youth service organizations across Manitoba including the NEEDS Centre, Rossbrook House, schools and daycares. He said those organizations select children who will benefit most from getting one of the bicycles.

While some of the bikes are donated, Krawec said the majority of bicycles used for the Cycle of Giving marathon are reclaimed from the city's recycling 4R Winnipeg Depots through a partnership with the City of Winnipeg.

The event is now in it's eighth year. Krawec estimates over that time, volunteers with the Cycle of Giving have rebuilt more than 2,400 children's bikes and reused over 20,000 kilograms of material.

"There's lots of bicycles in the waste stream and there's so much need out there," said Krawec. "We thought why not take care of some of that waste while providing for some of the need of children in our community."

He said getting volunteers involved over the years has been easy.

"We couldn't keep some of these people away if we wanted to," said Krawec. "Its become a real sort of beloved family tradition for a lot of folks and it really makes the season bright for people."

"They show up with bells on, sometimes literally," he added.

Eric Wahl grew up outside the city.

"I couldn't get anywhere without a bike," said Wahl, recalling his childhood.

A couple of years ago, he learned how to build his own bike at the WRENCH.

"Had a great time and learned a lot and really appreciated all the equipment and tools that they have there," said Wahl.

He decided it would be nice to give back to the community bike shop.

"That's really unbelievable the number of bikes they put out in 24 hours," said Wahl.

Watch a team of bike builders at work: 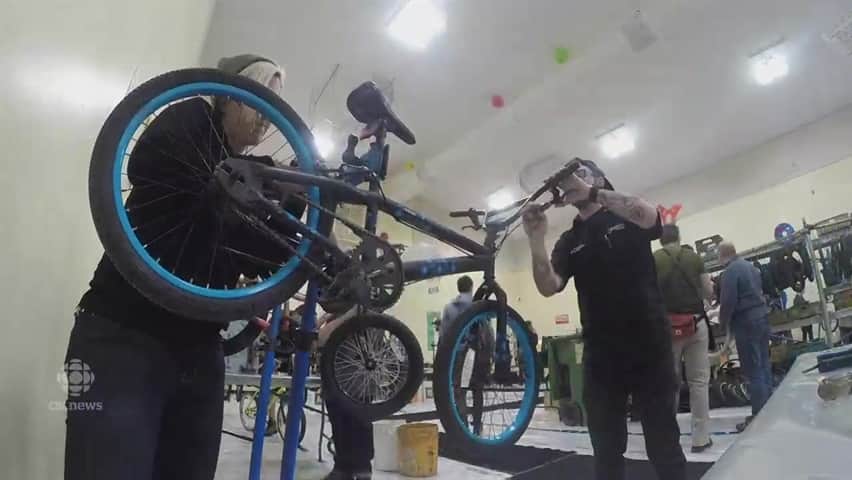 2 years agoVideo
0:31
Time-lapse video of a bicycle being built at the Cycle of Giving Saturday. 0:31

On Sunday, the WRENCH posted their official total: 491 bikes built.