A wildfire has forced the evacuation of a number of cottages in the vicinity of Beaver Creek Provincial Park, in Manitoba’s Interlake.

The Manitoba Wildfire Service says a number of buildings have been lost in a wildfire that forced people from their homes and cottages Monday in Beaver Creek Provincial Park.

The province said Monday evening that permanent and seasonal residents have been forced from their homes and that the fire is threatening up to 25 cottages.

A provincial spokesperson didn't immediately know how many people or buildings were affected, but said a number of buildings have been destroyed.

Water bombers and other crews are actively working on the fire, but efforts are being hampered by extensive smoke, the province said.

The provincial park is located about 170 kilometres north of Winnipeg.

Manitoba Hydro said some of its equipment in the area is down due to the fire and crews won't be able to repair it until working conditions are safe. About 370 customers are affected, the Crown utility said in a tweet.

<a href="https://twitter.com/hashtag/mboutage?src=hash&amp;ref_src=twsrc%5Etfw">#mboutage</a> Pine Dock area: about 370 customers affected. Equipment is down due to forest fires and crews won’t be able to repair until working conditions are safe. No estimated time of restoration. We appreciate your patience. <a href="https://t.co/RbyWNqP725">pic.twitter.com/RbyWNqP725</a>

Colleen Weibel lives at the Little Deer cottage subdivision, north of the provincial park on the west shore of Lake Winnipeg. She said her power went out Monday afternoon and was told to be ready to leave at a moment's notice.

"At this point, we don't know if they have the fire under control. We're still on evacuation alert," Weibel said in a phone interview Monday evening.

Weibel said it appears the fire started near a peat moss mine in the area and that Provincial Road 234, the only way in and out of the area, was shut down earlier Monday.

"We packed what we could," she added. Weibel said she was told she would either be evacuated north to Pine Dock, Man., or to Matheson Island by ferry if she had to leave.

The province said the cause of the fire will be investigated. 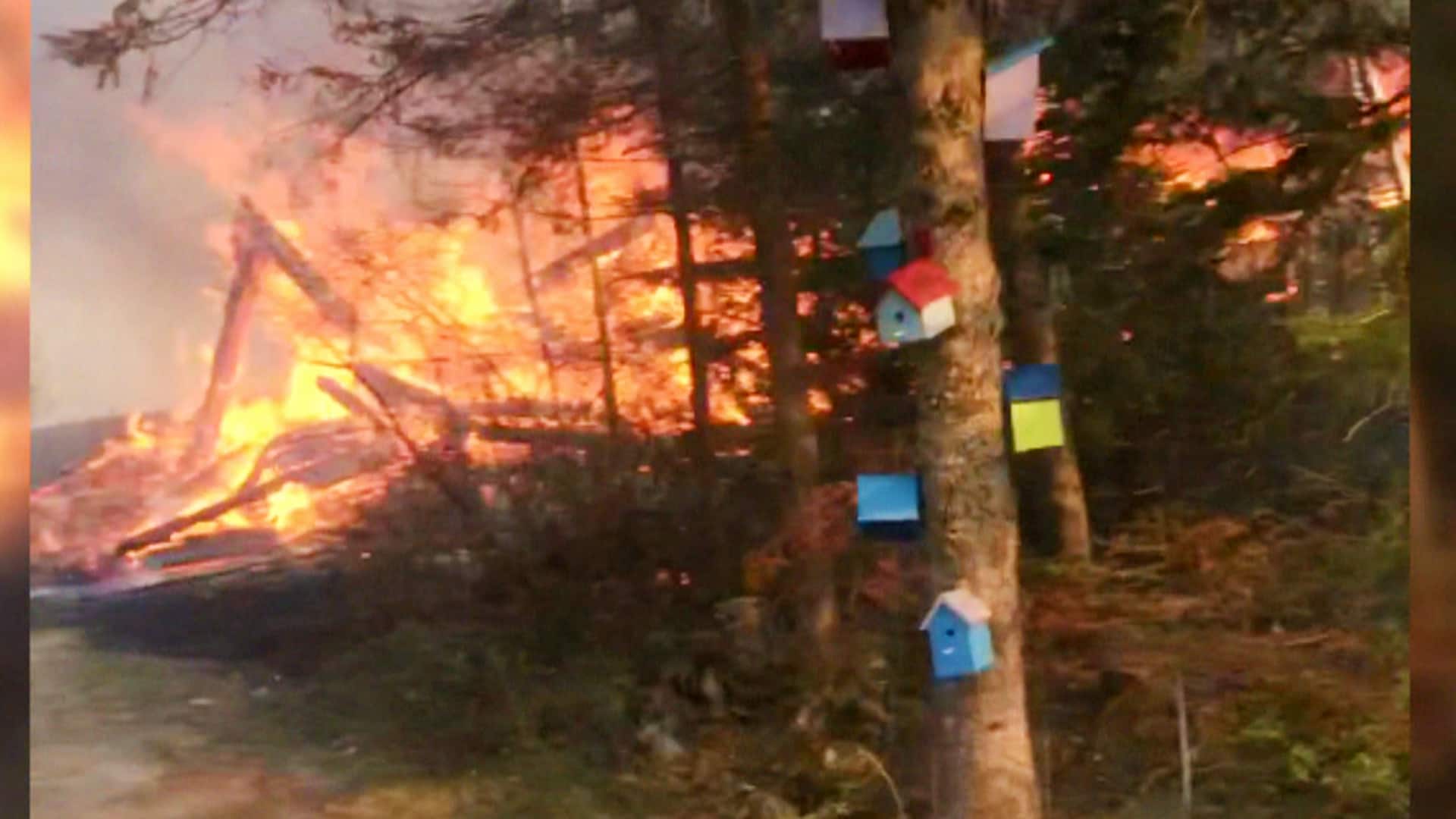