A First Nation community grappling with an epidemic of meth use has launched a Bear Clan group to support people struggling with addiction.

Organizer says non-judgmental approach behind reason to launch in community

A First Nation community grappling with an epidemic of meth use has launched a Bear Clan group to support people struggling with addiction.

Melissa Bone, organizer of the new patrol group at Sioux Valley Dakota Nation, remembers being impressed watching a video of Bear Clan members helping somebody off the street, patting them on the back and walking with them.

"Rather than being judgmental to what their lifestyle is, they're willing to be there with them and help them," she said.

"A lot of people even here, you don't see that happen often."

This month, the western Manitoba community of 1,400 people on reserve mobilized its own version of Bear Clan, a volunteer-run organization patrolling the sketchiest streets in their communities for discarded needles and people in distress.

After the program was revived in Winnipeg in 2014, the clubs flourished. There are now three separate Bear Clan patrols in the city, as well as chapters in Brandon, Selkirk, The Pas and OCN.

"I had a couple family members that were users and seeing what it had done to them and trying to get them help, I had a hard time finding them help, actually," she said.

That's where Bear Clan stood out to her.

"I liked their approach," Bone said, "how helpful they were and kind they were to people, and that's what I wanted to bring into our community."

She wanted that "for our people rather than what other [First Nation] communities have done by kicking them out of their homes, taking their children or banishing them," she said. "Why don't we try and help our people in any way that we can, rather than hurting them more?" 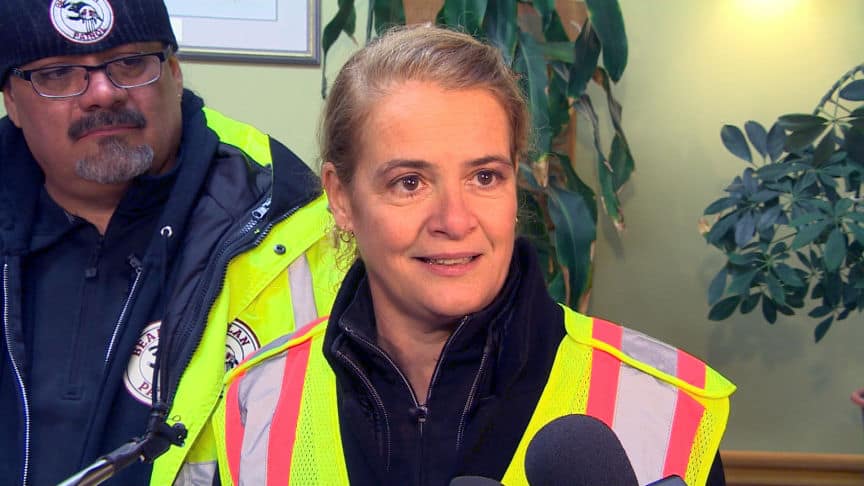 Bone estimates around 100 people in the community use methamphetamine.

She doesn't know how Sioux Valley's Bear Clan will evolve, but she expects their duties will include regular patrols and volunteering to help families struggling. They have about a dozen volunteers so far.

James Favel, executive director of Bear Clan Inc., is impressed that Sioux Valley got their Bear Clan off the ground only a couple weeks after meeting with him.

He said the organic growth of Bear Clan patrols across the province is in line with the worsening meth crisis.

"The commonality across the board is the meth epidemic in our northern communities and all of our communities in Manitoba and in Canada."

In Winnipeg, Favel said their North End patrol has started crossing over the tracks this winter and patrolling the Centennial neighbourhood twice a week because of a void in service.