An all-night police patrol is being established in northern Manitoba as the search continues for two suspects in the homicides of a young tourist couple gunned down in British Columbia, as well as in the suspicious death of another man, a Manitoba First Nation chief says.

Kam McLeod and Bryer Schmegelsky may be in the province, RCMP said; gas bar clerk believes she saw the pair

An all-night police patrol is underway in northern Manitoba as the search continues for two suspects in the homicides of a young tourist couple gunned down in British Columbia, as well as in the suspicious death of another man, a Manitoba First Nation chief says.

Fox Lake Cree Nation Chief Walter Spence said in a statement Tuesday evening that police are conducting the patrol as a precaution.

"The RCMP are carefully conducting their work with a large presence and I would like to ask all community members to report anything of concern directly to RCMP."

He said a vehicle was found burned and discarded near Bird reserve on Fox Lake Cree Nation, around 760 kilometres northeast of Winnipeg, but Spence could not confirm if the discovery has any link to the search for Kam McLeod, 19, and Bryer Schmegelsky, 18.

Manitoba RCMP did not respond to requests for comment Tuesday night.

PUBLIC SAFETY - Kam McLeod and Bryer Schmegelsky MAY be in Manitoba and are considered dangerous. We have reasons to believe they were recently in the Gillam area. If you spot them - take no actions – do not approach – call 911 or your local police immediately. <a href="https://twitter.com/hashtag/rcmpmb?src=hash&amp;ref_src=twsrc%5Etfw">#rcmpmb</a> <a href="https://t.co/yh2yV78oZd">pic.twitter.com/yh2yV78oZd</a>

Hours earlier, RCMP issued a public safety bulletin that the pair "may be in Manitoba and are considered dangerous." RCMP believe the suspects were recently in the area of Gillam, Man. — around 50 kilometres west of Bird reserve.

They ask anyone who spots the pair to call 911 or local police immediately, but to avoid confronting the men.

The lifelong friends were initially considered missing persons, but earlier in the day RCMP in British Columbia said the pair are now suspects and may have been spotted in northern Saskatchewan.

McLeod and Schmegelsky are suspects following the deaths of Australian Lucas Fowler, 23, and American Chynna Deese, 24. The couple's bodies were discovered along the side of the Alaska Highway, south of a popular hot springs tourist destination in B.C. on July 15.

Four days after the bodies of Fowler and Deese were found, McLeod and Schmegelsky's burned-out truck was discovered near the community of Dease Lake, B.C., more than 470 kilometres away from the first crime scene.

They are also suspects in the suspicious death of an unidentified man in his 50s or 60s who was found two kilometres south of the burned truck.

A cashier at a Split Lake, Man., gas bar believes the pair approached her till on Monday around 4 p.m.

Mychelle Keeper said McLeod paid for $20 of fuel and Schmegelsky asked if they could consume alcohol in the community, which is dry.

She said nothing seemed odd about their visit, until she saw the RCMP's updated suspect photos on Tuesday. She recognized McLeod by his beard and Schmegelsky for the camouflaged shirt he was wearing.

"The guy who paid for the gas — he was quiet, he didn't say anything, he was just looking down. They seemed like, I don't know, normal," Keeper said, pausing. "I'm just so nervous right now thinking about it."

Earlier Tuesday, RCMP said the friends had last been spotted more than 24 hours earlier in northern Saskatchewan. They were seen at the time driving a grey 2011 Toyota RAV4.

Dawn Roberts, communications director for B.C. RCMP, confirmed there have been reported sightings in Manitoba, but police are working to assess and verify the claims.

She did not know if the burned vehicle on Fox Lake Cree Nation has any relation to the manhunt.

Cassandra Neepin, 21, of Fox Lake Cree Nation, said the vehicle was found in the bush along Provincial Road 290 sometime on Monday.

The families of McLeod and Schmegelsky, speaking before the men were named as suspects, said they hadn't heard from them in days and said the pair, friends since elementary school, had been travelling to Whitehorse from their homes in Port Alberni on Vancouver Island in search of work.

Both McLeod and Schmegelsky are described as six feet, four inches tall and around 169 pounds.

McLeod has dark brown hair, brown eyes and facial hair. Schmegelsky has sandy brown hair, but RCMP say the two may have changed their appearances.

'Only have one way out'

Gillam Mayor Dwayne Forman said he was shocked to hear the suspects may have been close. They face limited transportation routes if they tried to flee, he said.

"There's only one road in and one road out." Forman said. "If they came this way, they only have one way out, I guess."

Forman said the suspects could theoretically take a train to Churchill or Winnipeg, or travel by plane, although it seems unlikely they could travel undetected.

He told CBC News on Tuesday night the police had a heightened presence in his community. 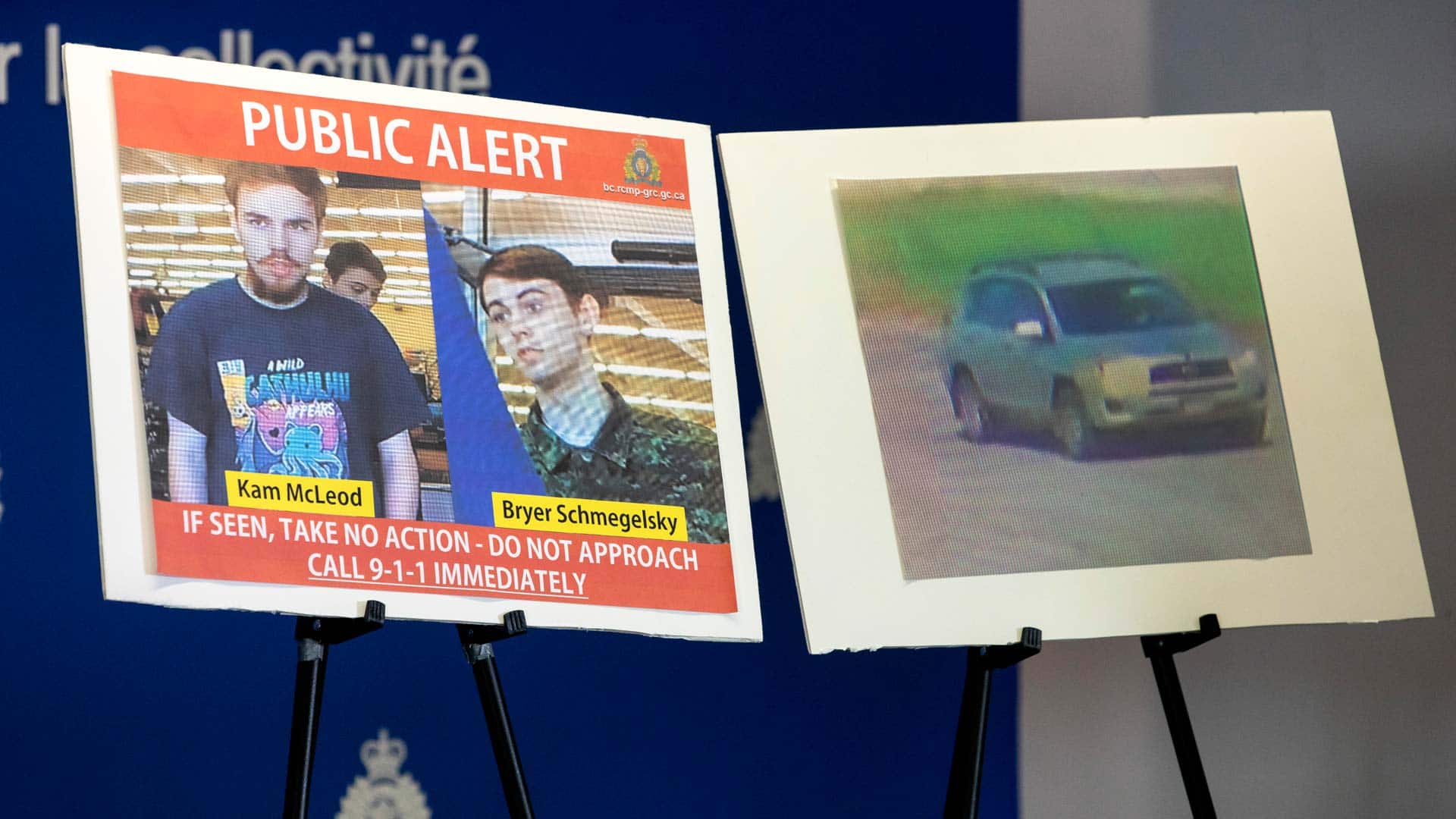