Once they step into Canada, asylum seekers are eligible for benefits. The federal government provides some benefits everywhere in Canada, and provinces and private agencies supplement them to different levels.

From food and a blanket at the border to social assistance, legal help and job training

Asylum seekers walking across an international border — such as those who have recently entered Canada from the United States — often find themselves living in poverty.

But many say the safety, security and opportunities they find in this country are something they could only dream of in the homes they're fleeing.

The "irregular" border crossings breach a provision of Canada's immigration legislation, although the UN Convention on Refugees prohibits countries from punishing asylum seekers.

Once they step over the border, asylum seekers are eligible for Canadian benefits. The federal government provides some benefits everywhere in Canada, and provinces and private agencies supplement them to different levels.

Here are some of those benefits and who pays for them, as well as the stories of some people who have recently entered Canada.

Asylum seekers generally want to be discovered and picked up. If they're not apprehended by police, they'll phone 911 or ask a Canadian to make the call.

They'll be taken to the Canada Border Services Agency office at the nearest port of entry for a health and security check. This process can take up to eight hours per person.

They're usually given a blanket and some food while they wait. Emergency health care will be provided to anyone with urgent medical needs.

In Manitoba, the government and the Paramedic Association of Manitoba have an agreement to place primary care paramedics in Emerson, a major border crossing, on a temporary basis to supplement local first responders.

The next two weeks

Asylum seekers who pass the initial screening are released into Canada. The CBSA has 72 hours to decide if they are eligible to make a refugee claim. If they are, their case is referred to the Immigration and Refugee Board of Canada and they have another 15 days to submit their basis of claim.

Those who can't prove their identity or who have criminal convictions for serious crimes will fail the initial screening. They're detained until they can satisfy the government they're not a risk, or they're deported.

Other non-profit organizations, such as the Salvation Army or Red Cross, have offered beds in their emergency shelters.

Some asylum seekers stay with family, friends or community members who have opened their homes for a few nights — and some of them are refugee claimants themselves.

At this stage, much of the cost is paid for by individuals, faith groups and donors, although all three levels of government support shelters and low-income housing. The United Way and Welcome Place have also launched fundraising campaigns to help meet basic needs.

Meanwhile, most provinces, including Manitoba, will take applications for social assistance as soon as asylum seekers have opened their refugee claim. Rates vary slightly from province to province.

Ontario spends more than $100 million annually in newcomer supports, including community-based settlement supports, language training and interpretation, and employment services. These services are open to refugees and claimants.

Manitoba Premier Brian Pallister has done the same and has also committed special funding for emergency housing, a refugee response co-ordinator and paralegal services and transportation from Emerson to Winnipeg.

Asylum seekers are eligible for the Interim Federal Health Program (IFHP) once their claim has been referred to the IRB, or they've been found ineligible but can apply for a pre-removal risk assessment. The coverage includes:

In most cases, this coverage continues until the claimant is eligible for provincial/territorial health insurance or leaves the country.

Ali Mohammed (not his real name for safety reasons) is a 27-year-old Somali who walked across the border at the end of February. He's sharing a room with another man at the Salvation Army's emergency shelter in downtown Winnipeg.

If his refugee claim is accepted in Canada, he hopes to get some education, find a job and get married. He's interested in becoming an electrician. 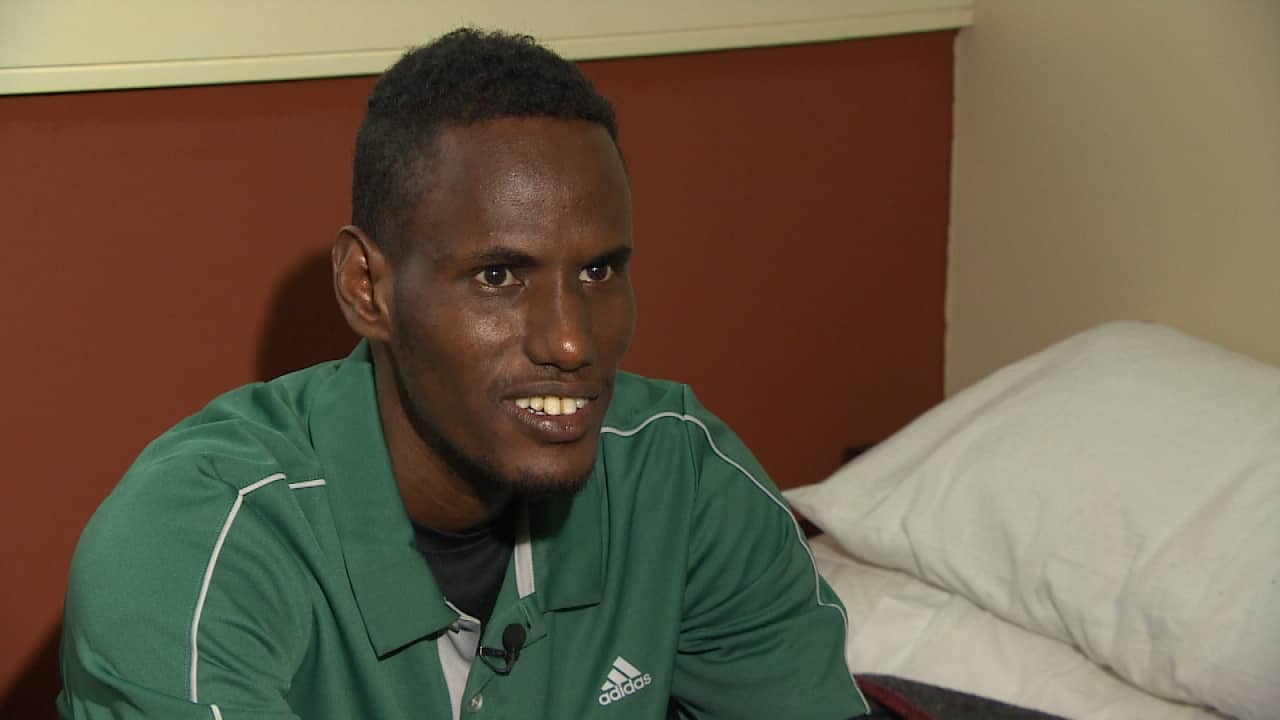 Ali Mohammed walked across the border in February

4 years ago
0:49
Asylum seekers walking across an international border such as those who have recently entered Canada from the United States often find themselves living in poverty. 0:49

Once the refugee claim has been filed, claimants are eligible for basic health and emergency dental services through the federal government. That continues until the claimant receives permanent resident status. At that time, they are covered under provincial health plans.

That was important for two Ghanaian men who nearly froze to death walking across the border on Christmas Eve. They were in hospital in Winnipeg for months and eventually had their fingers amputated. One man also had his thumbs amputated.

Once they've passed a medical exam, claimants can apply for a federal work permit, which can take three months to receive. The work permit is free unless the refugee claim is denied — then it costs the claimant $155. The person can work while they're appealing the decision or waiting for deportation.

All refugee claimants are also eligible for a range of provincial benefits such as:

Asha Ahmed, 28, was a politician and human rights activist in Somalia. After facing threats to her life, she went to a conference in New York in 2014 and didn't return home.

She was waiting for her asylum hearing in the U.S. but became worried about Donald Trump's anti-immigration rhetoric during the presidential campaign.

She walked into Canada last Thanksgiving. She's living with three other female asylum seekers in Winnipeg while waiting for her refugee board hearing, which was rescheduled for June. 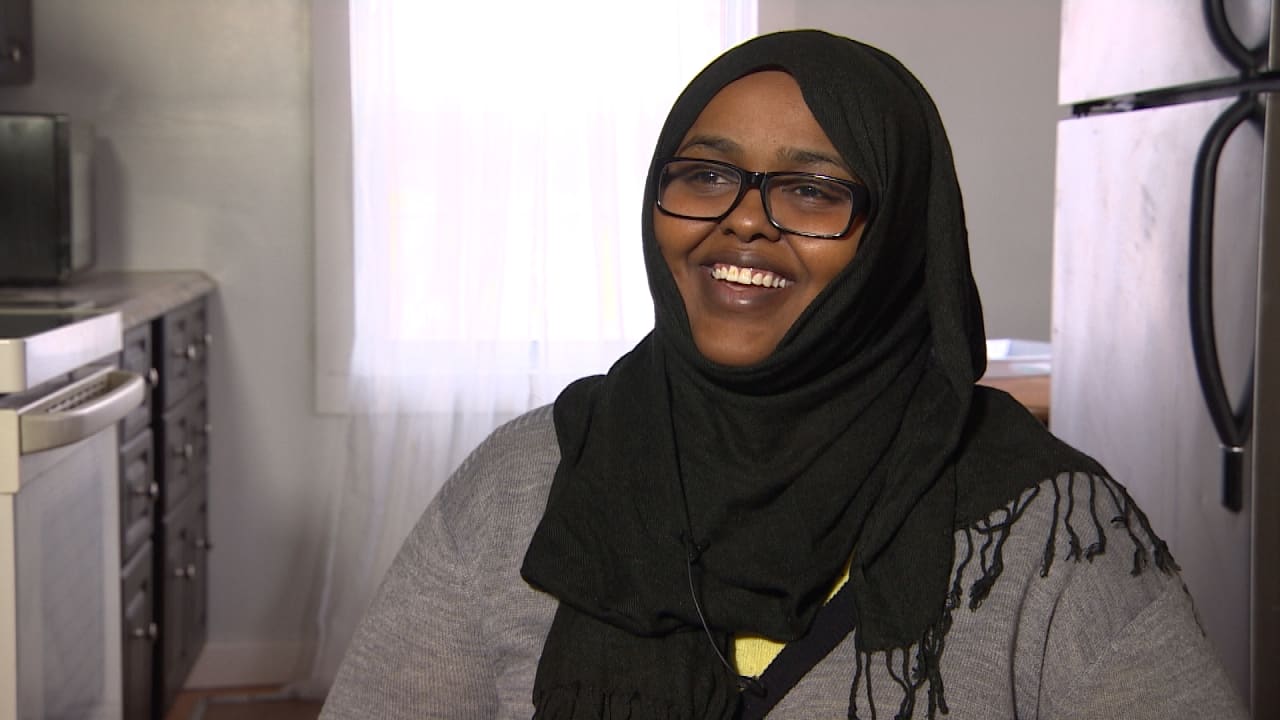 Asha Ahmed was a politician and human rights activist in Somalia

The Immigration and Refugee Board of Canada hears most refugee claims within 60 days. If the claim is accepted, the person receives protected person status with the full spectrum of federally funded settlement services available to them. They can also apply to become a permanent resident.

Under the Citizenship Act, children born in Canada to parents who are temporarily in the country are automatically Canadian citizens, with the exception of children of diplomats from foreign countries. Babies born here have access to all the benefits of Canadian citizenship.

People whose refugee claim is rejected can appeal to the IRB appeal division and the federal courts. Quebec, Ontario, Manitoba and B.C. are among the provinces that will continue to support them during the appeal process.

If those appeals are rejected, they have 30 days to leave voluntarily before the federal government issues a removal order. At this time, they may no longer be eligible for social assistance, depending which province they live in.

These are circumstances where an unsuccessful refugee claimant may continue to be eligible for social assistance:

Costs of a deportation vary depending on the country the person is being returned to and the mode of travel. The average cost of an unescorted removal is $1,500, while escorted removals are approximately $15,000.

CBSA says the majority of removals are unescorted. The border services agency pays these costs.​

With files from Cameron MacIntosh and Angela Johnston