The Assiniboine Park Zoo is set to launch a modern version of the old Aunt Sally's Farm exhibit, which originally opened in 1959.

Assiniboine Park Zoo visitors of a certain age will get a blast of nostalgia when the newly redeveloped Aunt Sally's Farm exhibit opens next spring.

The exhibit has been completely overhauled to "reflect modern standards for animal welfare and care, encouraging playful encounters between children and animals, and inspire the same awe and wonder that many of us so fondly remember about the old exhibit," said Bruce Keats, chief operations officer at Assiniboine Park Conservancy.

The new Aunt Sally's Farm retains the original primary colour theme, as well as the old wishing well many past visitors would remember.

It will include a barnyard with goats, llamas, a donkey, pot-bellied pig and chickens, along with bridges to encourage the goats to climb overhead, and a playground where children can interact with the goats.

Originally opened in 1959, the exhibit was named for Winnipegger Sally Warnock in recognition of her dedication to animal welfare and care, the conservancy said in a news release.

Funding has come through the City of Winnipeg, as well as private donations ranging from $150,000 to $1 million.

WATCH | An old favourite is coming back to the zoo: 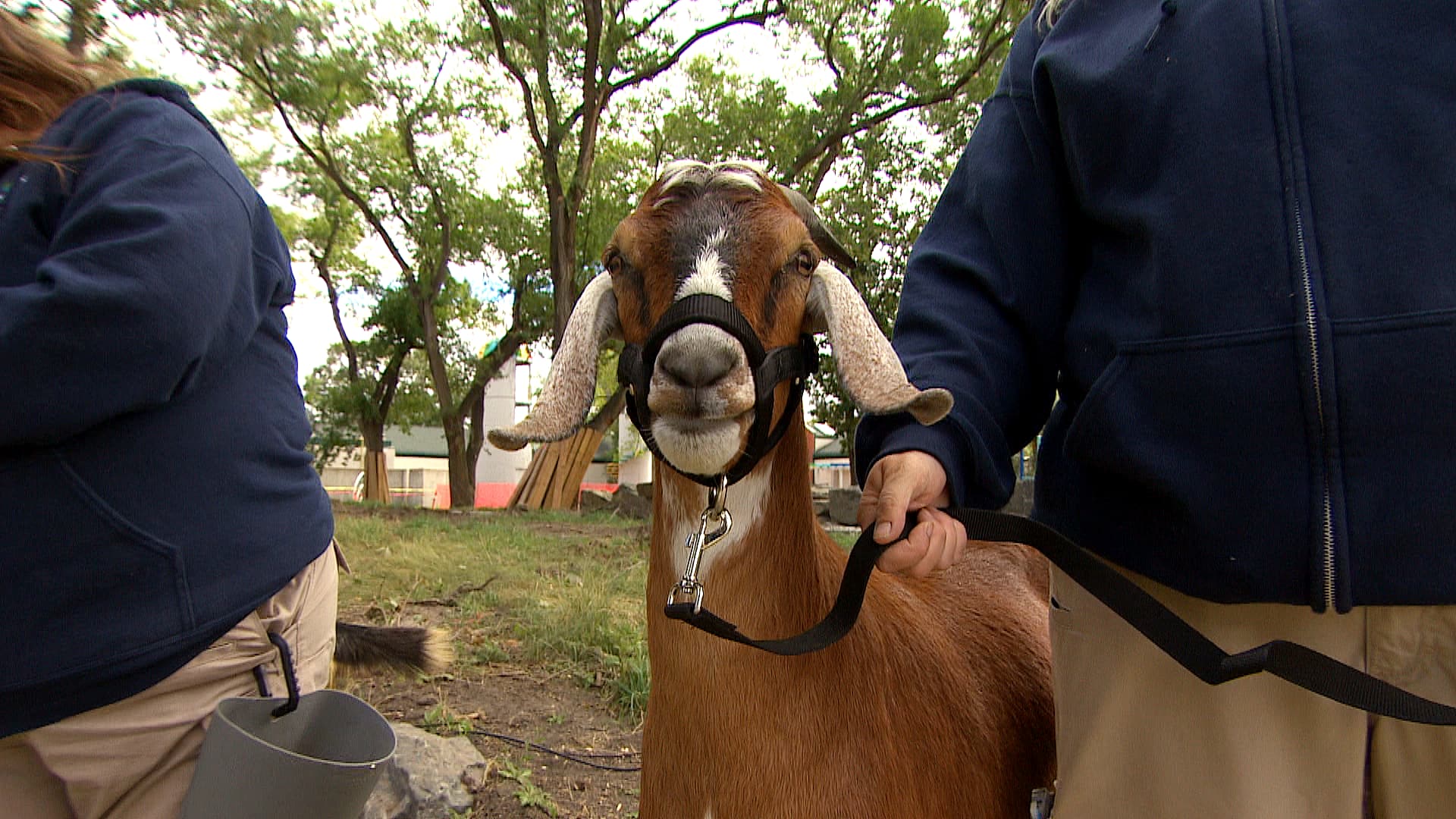 An old favourite is coming back to the zoo

6 months ago
1:21
The Assiniboine Park Zoo is set to launch a modern version of the old Aunt Sally's Farm exhibit, which originally opened in 1959. 1:21
CBC's Journalistic Standards and Practices|About CBC News