Tracy Charette Fehr traced the history of seven generations of Métis women in her family back to 1770 and crafted 250 handmade, fire-smoked bowls to recognize those women in her new exhibit.

For one Manitoba Métis artist, it looks like 250 handmade, fire-smoked bowls.

Tracy Charette Fehr traced the history of seven generations of women in her family — grandmothers, mothers, aunts, sisters and cousins — back to 1770 and is recognizing those women with a new exhibit at the Winnipeg Art Gallery-Qaumajuq.

"I was exploring the female side of my mother's Métis lineage. So it represents a first grandmother, Madeline Saulteaux, who was born in 1770, and then up to 2020," Fehr said in an interview with CBC Radio's Up to Speed.

The bowls she made, over a two-year research and crafting period, are part of the new WAG exhibit Heartbeat of a Nation: Métis Women, 250 Years.

Fehr says her goal for the project was to draw attention to Métis women, whom she says helped birth the Métis nation in Manitoba.

"Not to minimize anything — Louis Riel was a great leader … but there was so much more," she said.

"We don't hear a lot about the women, you know, who worked alongside the Métis men.… I wanted the regular women to be recognized — all of those people who carried the culture, you know, and maintained the culture."

Fehr says even with pressures of assimilation, the Métis have survived.

"We can give credit to the mothers and the grandmothers and aunties … for making that happen."

'Each one has its own essence'

The bowls have a special significance, Fehr says, because women are known as the carriers of water.

"For the past few years, I was making bowls and giving them away. Some people could use them as a smudge bowl or … if somebody wanted to hang onto it and have it represent a significant woman in their life," she said.

"To me, the bowl represents the holding of life and potential, and to me that's a sacred kind of thing. So the bowls kind of represent the sacredness of that female lineage as well.… Each one also represents the individual Métis women, multitudes of them."

When she makes a bowl and holds it, it's an embodiment, a presence or essence of something, Fehr said.

"Each one becomes really significant to me, and hard to let go of, actually," she said with a laugh.

The process of making a bowl is a very tactile experience, she added.

"There's the forming of the bowl. I do a fair amount of carving, so a lot of them are hand-carved on the interior. I've done floral designs in a lot of them, to represent the Métis people that were at one time known as the flower beadwork people," Fehr says.

After a couple of firing processes, and partial glazing in some cases, she puts them through fire, exposed to the smoke, creating unique surfaces.

Although there are some similarities, each bowl is different, she says.

After the exhibit, Fehr plans to give away each bowl to a Manitoba Métis woman to use. She will also ask them to name another Métis woman, whose names she plans to use in another art project to recognize another 250 Métis women.

The exhibit will be displayed near one of the "bridges" that link the original Winnipeg Art Gallery building to Qaumajuq, the recently opened Inuit art centre. When Qaumajuq and other WAG spaces were given names by Indigenous language keepers, the bridges were named Nakishkamohk — meaning "connection" in the Métis language Michif, a gallery spokesperson told CBC.

Fehr's exhibit runs at the gallery until Nov. 6. 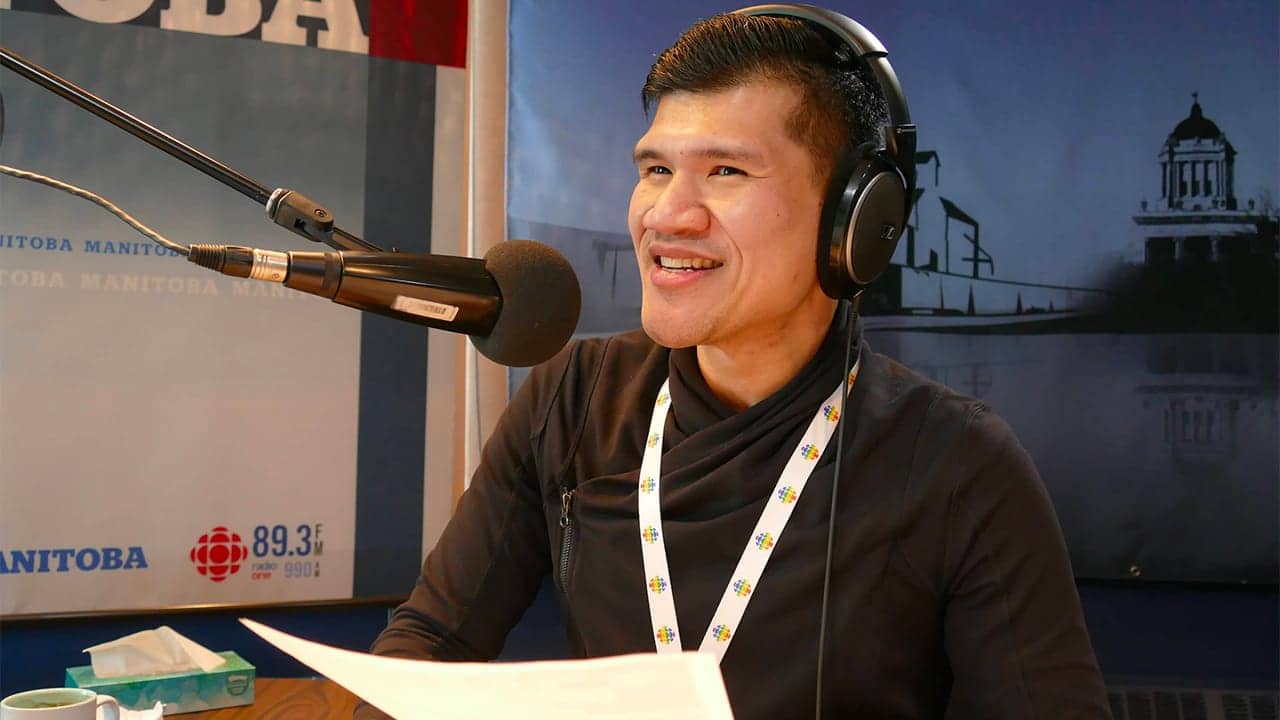 6:38Métis artist traces her history back 250 years with new exhibit, 'Heartbeat of a Nation'
Tracy Charette Fehr is a Metis artist in Winnipeg, whose current exhibit pays homage to her family's lineage dating back to 1770. To recognize all of the matriarchs, she designed 250 fire-smoked bowls, which will soon be on display at the Winnipeg Art Gallery. 6:38

Renée Lilley is a reporter for CBC Indigenous. She is a recent University of Winnipeg grad with a BA in rhetoric and communications. She has reported on radio and online news in her hometown of Portage la Prairie. She is also a proud Métis mama of four girls.

With files from Up to Speed