Are Winnipeg shoppers wearing masks? Here's what we found at 15 locations

CBC News recorded the mask-wearing status of more than 2,700 Winnipeg shoppers at major retail locations throughout the city.

While Manitobans in the Prairie Mountain Health region in the west of the province are now required to don a mask when in public indoor spaces due to a spike of regional COVID-19 cases, the province's capital city currently has no such blanket requirement in place.

Anecdotally, it appears mask wearing is on the rise, but just how many Winnipeggers are voluntarily opting to cover their faces as they go about their daily lives?

To take a snapshot of the situation, CBC News sent a team out to record how many people were wearing masks at this moment in time.

In total, we observed 2,700 Winnipeg shoppers at 15 major retail locations throughout the city over three days last week. Surveyors were tasked with using their best judgment to estimate the age and gender of each person, based on their appearance, to help shed light on broad trends on the sample of shoppers observed.

We were unable to account for gender-nonconforming people because we did not ask individuals how they identify.

The survey results are not representative of the city's population, but are intended to provide a snapshot of mask usage at a point in time.

"To be honest, I didn't know what to expect. My own experience has been that not many Winnipeggers are wearing masks, so in that respect I was positively surprised," he said.

"The results are about 50 per cent [for face covering] which is generally pretty good, I thought, considering that we haven't had any clear messaging until now that we need to start wearing masks."

On Aug. 20, the province's chief provincial health officer announced face masks were now mandatory while out in public spaces in the Prairie Mountain Health region. On Aug. 28, the City of Winnipeg adopted a policy requiring masks in all city facilities and for Transit users.

But generally, the provincial guidelines currently only recommend masks when adequate physical distancing is not possible.

Patrons of Cabela's and the downtown Giant Tiger, for example, donned a mask 40 per cent and 28 percent of the time respectively during the time of the survey. While those entering CF Polo Park and IKEA — locations more visited by people who appeared to be women during the survey — had a mask on over 70 per cent of the time.

None of the stores visited by CBC had mandatory mask policies during the time of the survey. However, stores such as IKEA — which, as of Monday this week, now has a mandatory mask policy — had significant signage in place strongly recommending the use of masks as patrons approached the store from the parking lot.

Several customers were observed noticing the signage and returning to their vehicle to retrieve a mask, and for those who reached the doors without a face covering, an employee offered a courtesy mask free of charge.

The Superstore on McPhillips Street north of the city saw 71 per cent mask use overall, while 58 per cent of customers entering the Superstore location on Kenaston at the corner of Grant Avenue wore masks.

On Saturday, just days after the survey, Loblaws changed its policy and now requires masks in all its Superstore locations as well.

Over at the Forks, where 41 per cent of patrons wore a mask as they entered the main building, visitor Bruce Paizen felt there was adequate space to be safe without one, in contrast to his wife, whose face was covered.

"She [his wife] wants to protect herself, so it is her decision that she feels strongly about. And I wear one when I am in a very packed environment with a lot of people shoulder to shoulder," he said, noting sometimes they'll argue about whether he should wear a mask.

Michael Ball, who was also at the Forks, says he chooses to wear a mask whenever he is in a public area and going into a store because his work in sales means he's constantly in contact with people outside of his usual bubble.

"Masks are the best thing right now. Especially with cases going higher in Manitoba all the time. And even without the cases, this isn't going anywhere so wearing a mask is the smartest choice at this point," he said.

Overall, during the observation period, nearly two-thirds of shoppers (63 per cent) estimated to be 60 years of age or older wore a mask, while those estimated to be in the 30 to 59 age category wore masks 52 per cent of time.

Those who appeared younger, estimated to be aged 29 years or younger, wore masks 55 per cent of the time. However, it's worth noting children seen with masks may have had their face-covering status imposed on them by their parents.

Dr. Katz said he wasn't surprised by observations suggesting fewer people who appeared to be men are wearing masks.

"In health in general, men tend to see their physician less often, they tend to deny symptoms until they're severe, so men are not commonly taking care of their own health...relative to women," says Katz.

"We're starting to see that normalisation take place where if you're out in public, it's just going to be normal to start bringing around your mask. And with many businesses mandating and I think we are seeing increased use."

With many retailers big and small now requiring mask wearing in their stores, several have opted to stay in lock-step with provincial guidelines which, in Winnipeg, currently only require measures to ensure adequate distancing in stores.

CBC News showed the results of the survey to all the major retailers whose locations were targeted for the survey to solicit comments. Two responded.

Paul Berto, spokesperson for Home Depot Canada, said all of their employees are required to wear masks when they cannot adequately distance themselves.

"In addition, across all of our stores and facilities we've asked associates that do not feel well to stay home, we continue to manage customer entry, enforce physical distancing measures and have increased efforts to disinfect high-traffic and high-touch areas like self-checkout, door handles, and bathrooms, as well as posting signage about handwashing and other preventative actions," he wrote. 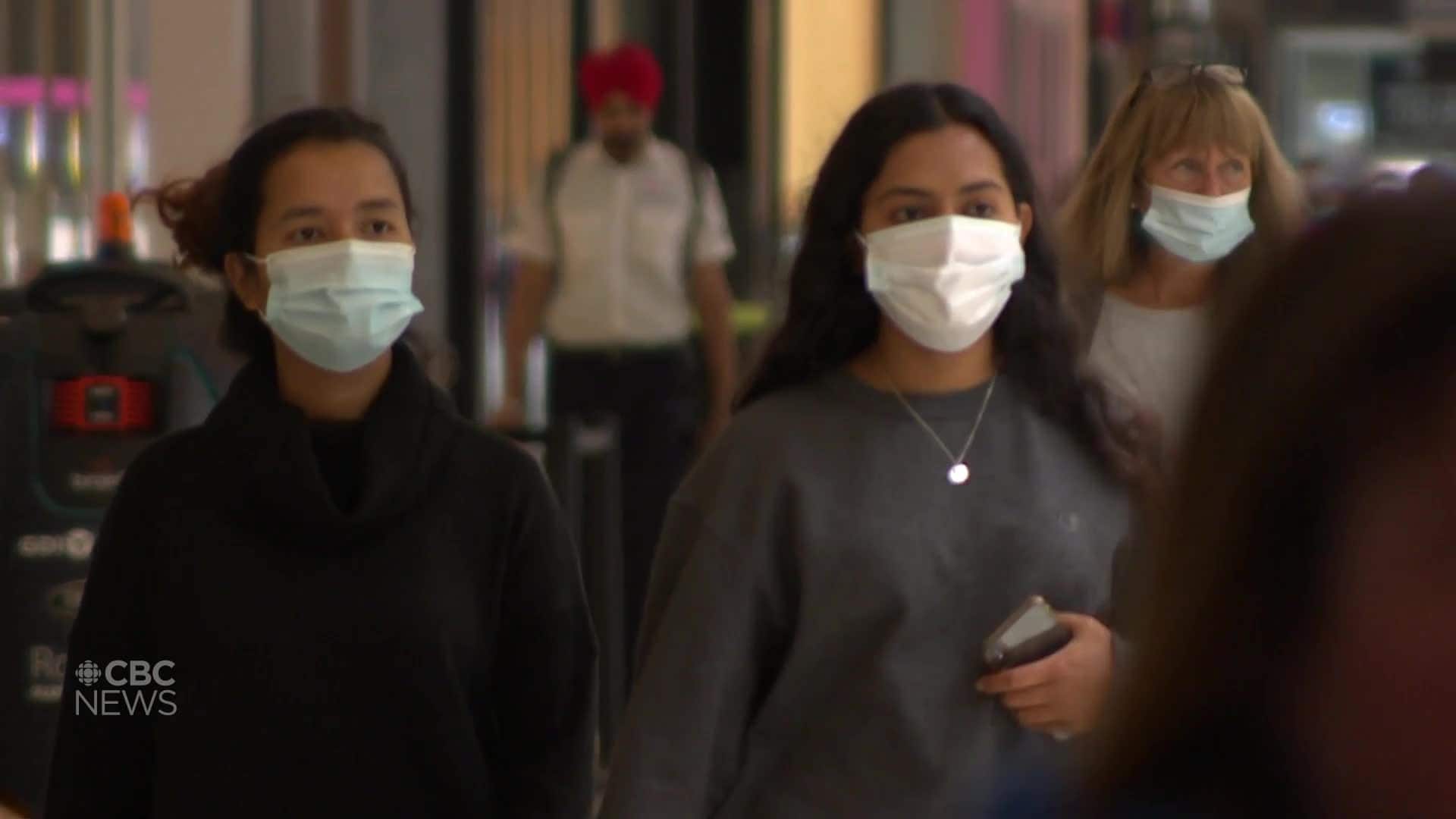 3 months agoVideo
2:43
It appears mask wearing is on the rise, but just how many Winnipeggers are voluntarily opting to cover their faces as they go about their daily lives? 2:43

For this story, CBC News used the following methodology to make its observations:

Jacques Marcoux is a former CBC News investigative reporter specializing in data analysis. He continues to contribute to CBC News.

With files from Kristin Annable, Caroline Barghout and Joanne Levasseur