A recent change in the required level of supervision for apprentices on job sites is putting lives at risk, according to the Manitoba Federation of Labour and the mother of a 19-year-old worker killed on the job.

Cindy Skanderberg sits near a photo of her son and says his name — something she's done several times over the last two decades.

Skanderberg's son was electrocuted with 347 volts of electricity in 1999, while working as an electrician's helper at a school in Beausejour, Man. He was working alone to change a light ballast, but the power hadn't yet been disconnected.

"It was his demise. He let out one scream and his co-worker, who I will not name because he's still affected by this, tried to revive Michael, and he couldn't," she said.

"The impact was so strong it basically blew Mike's heart up, and it blew one of his contacts right out of his eye. There was such force."

Skanderberg is concerned a recent amendment to the required level of supervision for apprentices in Manitoba will put other lives at risk. The change, which came into force on Dec. 18 last year, changes the minimum ratio of apprentices to journeypersons for all trades. It used to be a 1 to 1 ratio — now, each journeyperson can supervise up to two apprentices.

Skanderberg fears the reduction in required supervision will lead to another family going through heartache.

"It feels that they've taken Michael's name and just thrown him to the curb. Our son died in vain because of an unsafe workplace.… [The legislation] got changed and now it means nothing, nothing to this government."

After Michael was electrocuted, the then-NDP government introduced a law that prevented helpers from performing electrical work. The company the teen worked for, which Cindy Skanderberg says wasn't properly accredited, was fined.

But the legislative change didn't restrict the ability of the apprenticeship qualifications board to set supervision ratios.

Michael had taken a 10-month course with Keewatin Community College in The Pas and was working as a labourer, not an apprentice, when he was killed, Skanderberg said.

The young man helped put a name and face to workplace tragedy in Manitoba. His parents went to schools, and attended legislative committees and labour marches. They felt a sense of victory in 2006, when the legislative change took force, Skanderberg says.

"It was an absolute win. It was just like a weight was taken off our shoulders."

Unions have 'deep concern' about change

Manitoba Federation of Labour president Kevin Rebeck said he has written to the province with concerns about the change, which would also allow senior apprentices to be supervised over the phone.

"I'm deeply worried that we may see losses of life before government decides to reconsider," he said.

"These are high-risk jobs," and students "learn what you can in a classroom," he said.

"But until you're on the job and realize all the hazards and all the issues that are happening around you, you need to have someone showing you how that's done."

Many in the industry were unaware of the regulatory changes, the letter said, and it asked the minister to work with the associations.

Skanderberg said she has also written to Eichler and Premier Brian Pallister but hasn't received a reply.

Eichler said in a statement workplace safety is a priority for the government. Legislation continues to enforce safe work practices and ensure proper supervision and training for apprentices on job sites, he said.

The Apprenticeship and Certification Board, which has industry representatives, recommended the province amend the minimum ratio, according to Eichler.

"This will enhance employers' ability to grow their business through the apprenticeship system and help more apprentices reach certification to work in their chosen trade by giving them access to an eligible supervisor," his statement said.

The ratio change will "provide more opportunities for labourers to enter the apprenticeship system and receive education regarding workplace safety and proper practices through a nationally recognized training system."

The minister said many other jurisdictions use a 2 to 1 ratio. He also noted the increase gives journeypersons the ability to take on two lower-level apprentices, but employers have the option to continue with a 1 to 1 supervision ratio.

"Employers are still responsible for ensuring safe work conditions are met for all of their employees at all times, no matter what the ratio."

Skanderberg hopes that by speaking out, she can help convince the government to change its course.

"How many more Michaels are there going to be?" she asked.

"How many more phone calls are there going to be made that somebody has been killed due to this government amending a 2 to 1 ratio? Has anyone thought of that? 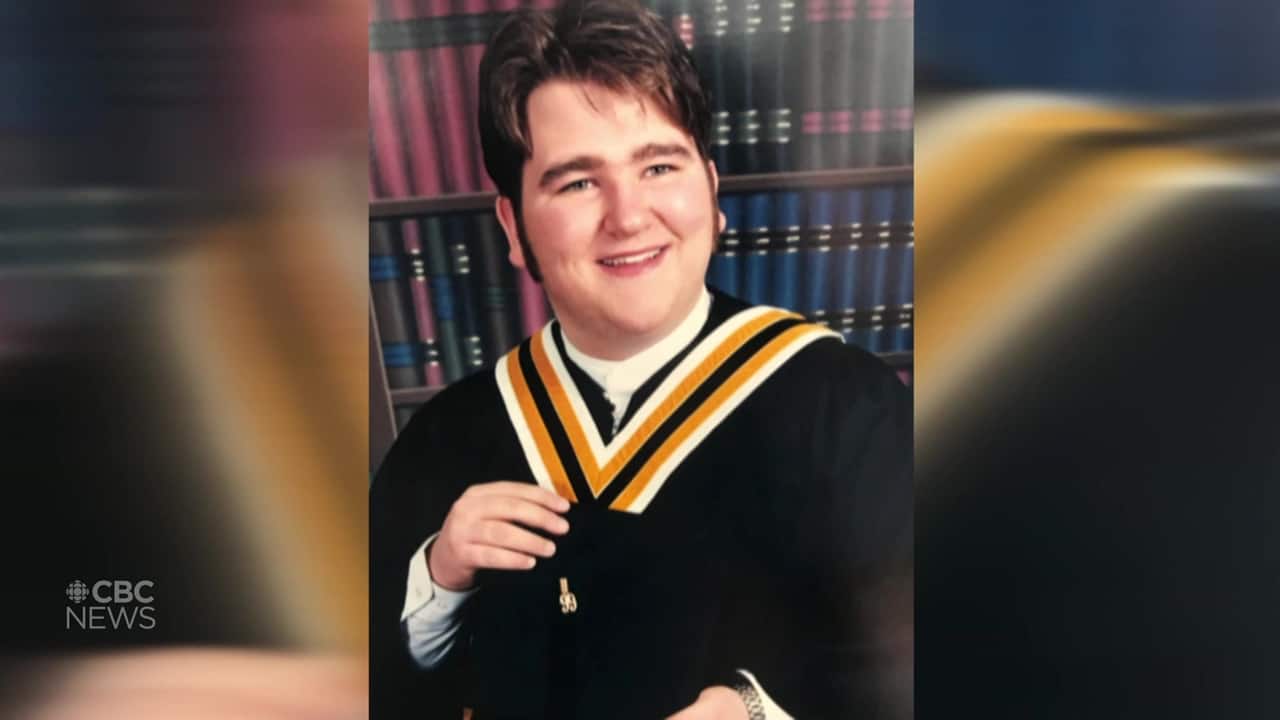 10 days ago
2:07
The mother of a young man who was killed on the job while working as an electrician's helper at a school in Beausejour is concerned a recent amendment to the required level of supervision for apprentices in Manitoba will put other lives at risk. 2:07