A Winnipeg family accused of staging an anti-Semitic attack at their cafe has been facing financial troubles, including a six-figure lawsuit.

Legal woes include a six-figure lawsuit

A Winnipeg family accused of staging an anti-Semitic attack at their cafe has been facing financial troubles, including a six-figure lawsuit.

Oxana and Alexander Berent, along with their son Maxim, have denied police allegations they faked an attack last Thursday inside the BerMax Caffe and Bistro.

They were charged Wednesday with public mischief, after police investigated a report that their cafe was spray-painted with hateful graffiti and Oxana was assaulted.

The family told CBC they did not stage the incident, and that while they have had to put their home and cafe up for sale in order to pay off loans, that would not lead them to falsify an attack.

Court records show the parents were ordered last August to pay $112,000 to the Business Development Bank of Canada for a loan that had not been repaid.

Oxana says her family’s financial situation is “normal.” I was at her home today in Petersfield. It was recently put up for sale. <a href="https://t.co/phhCWjGr47">pic.twitter.com/phhCWjGr47</a>

More recently, their adult son was sued by the Royal Bank for $43,000 in alleged credit card debt.

That statement of claim has not been tested in court and Maxim Berent has not responded to it.

The family members have been released on a promise to appear in court in May. 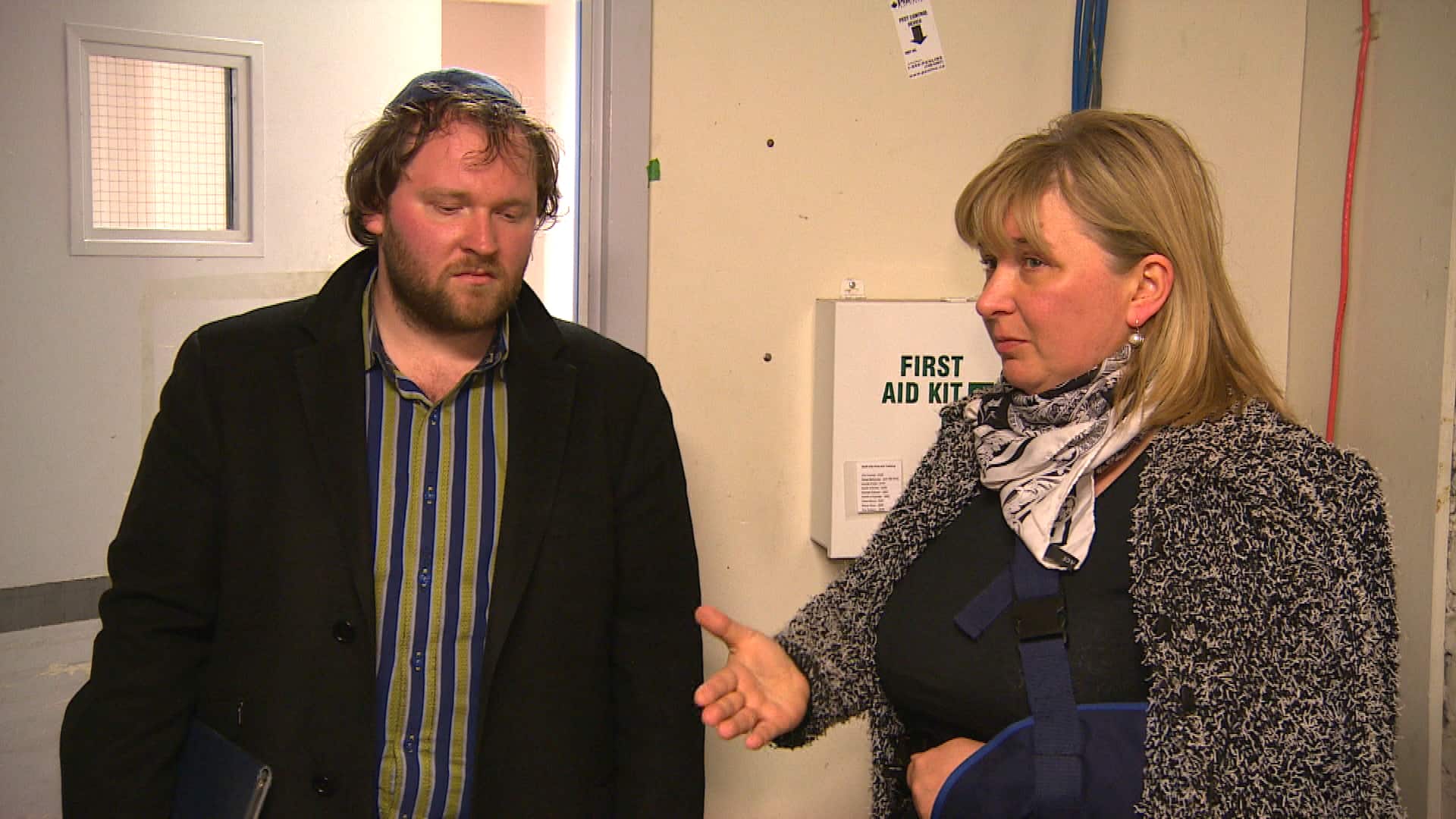