Stackhouse, a warming hut designed by world-renowned sculptor and artist Anish Kapoor, is officially open to the public in Winnipeg's river trail.

Stackhouse, a warming hut designed by world-renowned sculptor and artist Anish Kapoor, is officially open to the public on Winnipeg's river trail.

The 72-tonne sculpture is made entirely of stacked ice blocks harvested from the Red River.

"To have a piece designed by the one-and-only Anish Kapoor as part of our warming huts competition is huge," said Paul Jordan, CEO of The Forks Renewal Corporation.

"This is amazing for Winnipeg — to experience world-class sculpture and to realize that our climate attracts this kind of talent."

Originally from London, England, Kapoor is famous for his iconic works like Cloud Gate — the silver sculpture in Chicago's Millennium Park nicknamed "The Bean" because of its shape — and Orbit, a metal tower that featured prominently in the 2012 London Olympics and is Britain's largest public art piece.

The sculpting team for Stackhouse was led by Italian-born Norwegian architect Luca Roncoroni, whose recent creations include the Victorian Apartment at Icehotel in Sweden.

"We were thrilled when Anish Kapoor and his studio agreed to participate in warming huts," said Peter Hargraves, the competition's producer.

"First a Frank Gehry and now an Anish Kapoor — both done in ice and disappear — it confirms for us that Winnipeg's unique setting holds significant intrigue even in the minds of the greatest artists in the world. This piece is stunning and has been worth every ounce of energy put into making it."

Stackhouse is accompanied by five other brand-new warming huts completed earlier this year — Open Border, Ice Lantern, Greetings from Bubble Beach, Carbunkle, and On the Rails — as well as 15 winners from previous years. 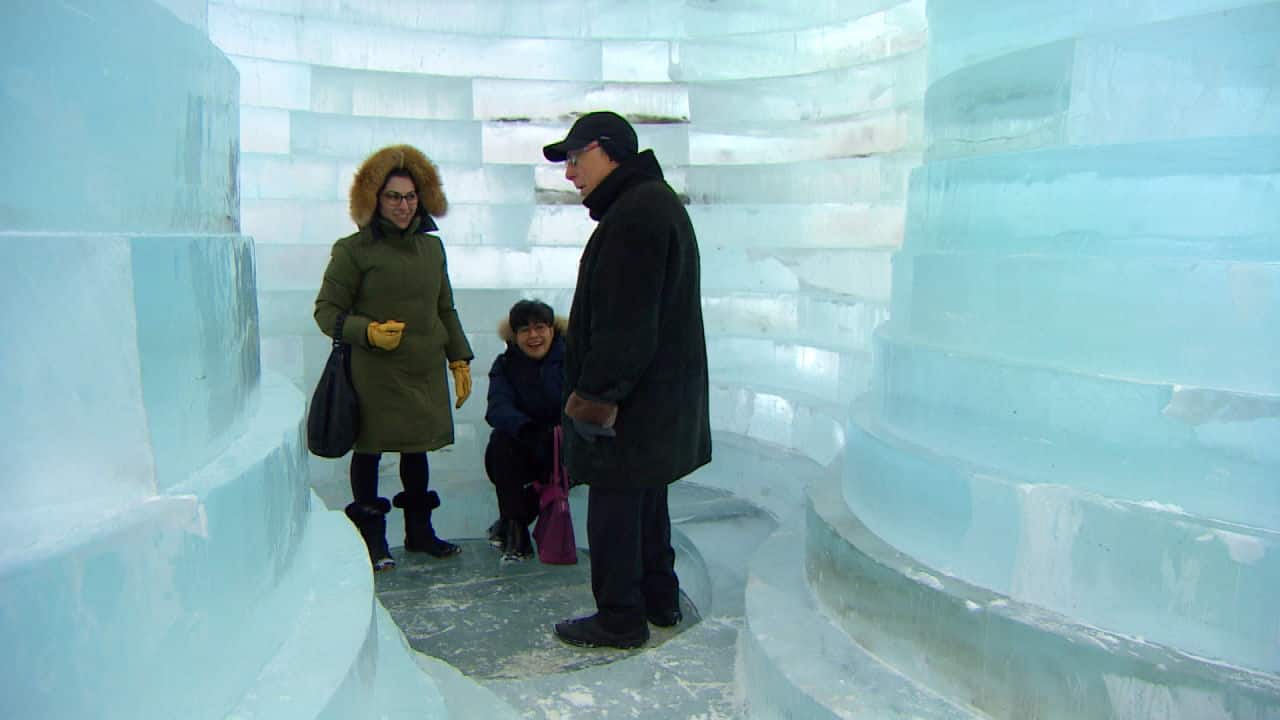