It's been nearly four decades since Anders Hedberg carved his way down the ice in a Jets jersey, and he says it will be an honour to return to Winnipeg this week when he'll get a chance to reflect on the old days and accept an award from his old team. 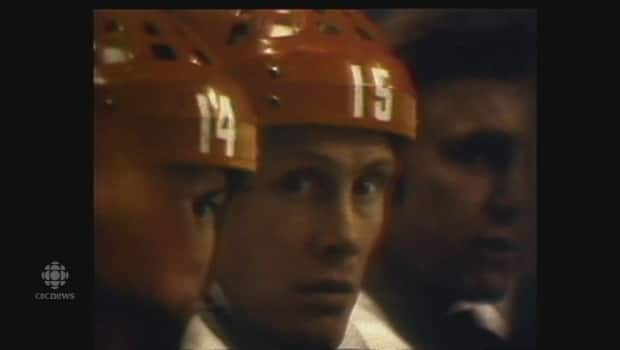 From the CBC archives: Anders Hedberg's days with Jets (1978)

4 years ago
7:10
It's been nearly four decades since Anders Hedberg carved his way down the ice in a Jets jersey. Hedberg reflects on his time with the team in this 1978 vault video. 7:10

It's been nearly four decades since Anders Hedberg carved his way down the ice in a Jets jersey, and he says it will be an honour to return to Winnipeg this week when he'll get a chance to reflect on the old days and accept an award from his former team.

"I get goose pimples all over me thinking of the celebration of hockey and coming back to Winnipeg, it's going to be terrific," he said.

Hedberg was considered one of the fastest skaters on the planet and played alongside Ulf Nilsson and Bobby Hull on the "Hot Line" in the 1970s — a line touted as one of the best ever assembled in professional hockey in North America.

Hedberg and his former linemates will be inducted into the Jets' new Hall of Fame Wednesday as Winnipeg takes on the Toronto Maple Leafs. The trio will be the first to receive the honour.

"You can imagine the feeling of knowing that there will be unbelievable talent and good players following us, but to be the first, it feels very, very special," Hedberg said.

Though he now lives in Stockholm, Hedberg was born in Örnsköldsvik, Sweden. Growing up in a small community, Hedberg said hockey played a very important role during his formative years.

He played with the World Hockey Association incarnation of the Jets from 1974 to 1978, and was named rookie of the year at the end of his first season.

After his time in Winnipeg, Hedberg went on to play for the New York Rangers for seven seasons, retiring in 1985.

He said the time spent with the Jets was a "wonderful experience" that changed him for the better.

"It was four years of friendship. We became Winnipeggers in many ways," he said.

Winnipeg always belonged in the big leagues because of the connection and the interest [in] the game.- Anders Hedberg

"I have been thankful the rest of my life. I spent all my life in hockey one way or another, and the four years in Winnipeg afforded me wonderful experiences and was certainly a perfect start for myself," he said.

Hedberg has kept in touch with some of his former teammates over the years. He said many will be in Winnipeg for the Heritage Classic this coming weekend, adding it will be like a reunion.

The legends game also takes place on the weekend and will see the likes of Teemu Selanne and Wayne Gretzky lace up the skates. Hedberg is content to take in the game from the stands and reflect on the glory days.

"I can still skate, but I think there should be some younger guys playing," he said. "I am perfectly fine not playing."

While he ended his career with the Jets before the team made the leap from the WHA to the NHL in 1979, Hedberg said he always knew Winnipeg would be called up to the "major leagues."

"Winnipeg always belonged in the big leagues because of the connection and the interest [in] the game," Hedberg said.

"Winnipeg certainly deserved to have a team in the national hockey league and they certainly would have had it without Ulf, and Anders and even Bobby."

Hedberg scored 100 points or more each season he played with the Jets, putting up a total of 236 goals and 222 assists over four years in Winnipeg.