Tornado's path in rural Manitoba was as wide as 800 metres, Environment Canada says

A tornado that carved a destructive path up to 800 metres wide Friday night, leading to one fatality near Alonsa, Man., was on the ground for at least 20 minutes before making its exit over Lake Manitoba, according to Environment Canada.

A tornado that carved a destructive path up to 800 metres wide through Alonsa, Man., leading to one fatality, was on the ground for at least 20 minutes before making its exit over Lake Manitoba, according to Environment Canada.

Meteorologist Brad Vrolijk said a three-person team from Environment Canada was dispatched to the area, about 165 kilometres northwest of Winnipeg, on Saturday to survey the storm damage and determine the twister's exact path, size and wind speed.

"There are indications that the winds were very strong, but it's going to take several days to just comb through all of that evidence they gathered and determine just how strong this tornado was," Vrolijk said.

Based on their preliminary investigation, they're classifying it as an EF-3. EF-0 tornadoes are the least severe, while the most severe are classified as EF-5.

Family members have confirmed to CBC News the man who died is Jack Furrie, 77.

On Sunday, a spokesperson for Environment Canada said an elderly couple was admitted to hospital after a wall in their home just east of Alonsa fell on them.

No other casualties were reported in the immediate aftermath of the storm.

Based on a survey of the damage, Environment Canada said: 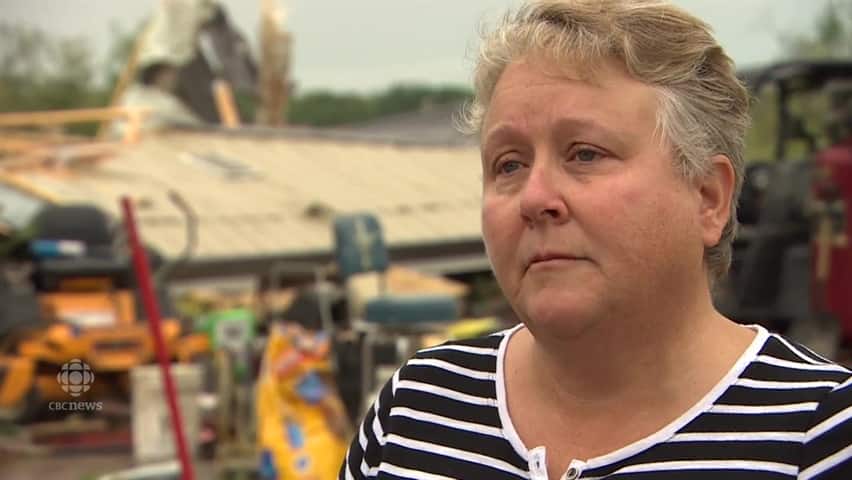 3 years ago
1:51
A tornado touched down in the Alonsa, Man. area on Friday night, killing one man and damaging several properties. 1:51

"There is certainly vehicles extensively damaged, some rolled," Vrolijk said. "There was a truck that was thrown into a lake. There's several trailers that have been destroyed."

Vrolijk said another clear indication of the ferocity of the twister is the trees, some left completely bare of leaves and bark. 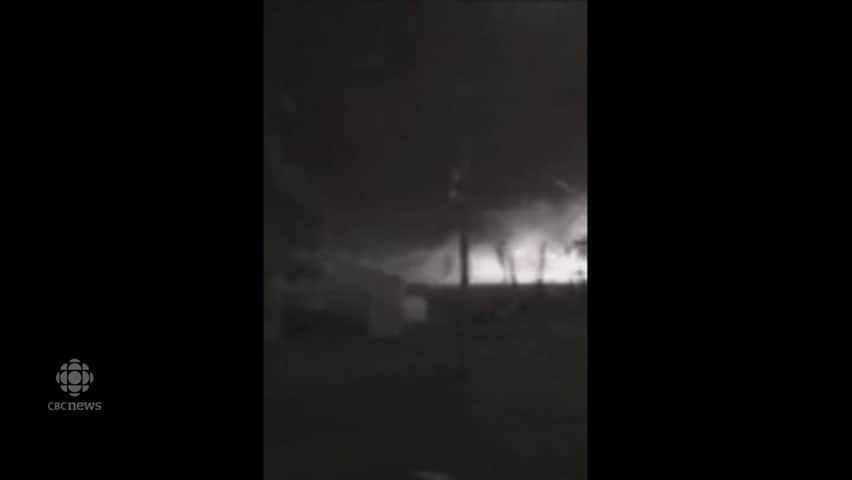 3 years ago
0:46
A man has died after a tornado touched down in the Alonsa, Man., area on Friday night, RCMP confirmed. 0:46

Emergency weather alerts were sent out through the new Alert Ready system, according to Environment Canada. But many people did not have cell service and did not receive them, a spokesperson said.

The area was pounded by more severe thunderstorms on Saturday, and Vrolijk said that at one point the survey team had to take cover as "golf-ball" sized hail pelted down.

There is better news in the latest weather forecast — Vrolijk said a much cooler air mass is moving in with a ridge of high pressure, so it should be quiet at least for the next few days, making cleanup efforts a little easier.