It's an eyesore that's also become associated with the tragic death of Tina Fontaine, but now Winnipeg architects are hoping to turn the Exchange District's Alexander Docks into something more.

It's an eyesore that's also become associated with the tragic death of Tina Fontaine, but now Winnipeg architects are hoping to turn the Exchange District's Alexander Docks into something more.

A public competition called On The Docks launched Tuesday and runs until April 24, inviting pitches for how to transform the abandoned site on the Red River off Waterfront Drive — not far from The Forks — into a special multi-use public meeting space.

"We want ideas, even if they're impossible to build, just to start a conversation," said Laurene Bachand with Number TEN Architectural group, one of the architects organizing the redesign competition.

While current and aspiring architects are invited to send in their ideas, Bachand also wants to see what the general public has in mind. The contest is free to enter and submissions can be done individually or in teams.

"We are hoping to reach as many people as possible, and get submissions from anybody — kids, teachers, students, professionals, residents, etc.," she said.

The competition will end with a public exhibition of all submissions and an award ceremony at the Mere Hotel on May 25. Four prizes will be doled out,

The exhibition will then travel to The Forks and the Manitoba Centennial Centre.

"Our hope is to give a substantial number of submissions to the city to express how Winnipeggers are engaged in the development of this important site and interested in its potential," Bachand said.

The idea for a competition sprang from noon hours spent outside in Stephen Juba Park near the docks.

She and Aaron Pollock, an architectural intern at Number TEN, would eat lunch and complain about how nothing was being done with the site.

"After a couple of months of complaining we just thought, 'Why don't we do something about it?'" said Bachand. "We thought, 'There's a lot of potential there.'"

So they contacted management at The Forks last fall and learned there was a lot of interest in redeveloping the hisorical site, which dates back to the 1920s, when it was owned by the Guest Fishing Company.

It was purchased from Guest in 1928 by the federal government, which sought tenders for construction of a wharf that would become a central hub for river traffic, serving government vessels, passenger ships, fishing boats, and tug-towed barges.

River traffic diminished over the following decades as rail traffic took over. The last vessels of significance to dock were the paddlewheele cruise ships. After they stopped operating, the dock went unused and fell into disrepair.

"It was just left in disrepair," said Bachand. "It's just quite ugly, to be honest."

The connection to Fontaine's legacy, and how her death spurred calls for a national inquiry into missing and murdered Indigenous women, makes redesigning the site a sensitive issue, said Bachand.

The 15-year-old's body was found wrapped in a duvet cover weighed down with rocks just north of the docks.

The site, now owned by the city, was fenced off a year later for safety reasons when the docks were damaged by spring ice flows on the river.

"It definitely brings a lot of complexity to the site," Bachand said, adding she encourages people to pitch ideas that include memorial elements in Fontaine's memory.

That stretch of the river also comes with other challenges, including one of the highest flood lines in the city, Bachand said. That makes riverside developments more vulnerable to damage from floating ice chunks in the early spring thaw.

The ideas will eventually be submitted to city officials, following the public displays and awards.

Based on revitalization projects at The Forks and other riverside projects in Winnipeg's core in recent years, Bachand feels the city will eventually get on board.

"We're hoping that if we get flooded with submissions, like 200 submissions, they'll understand that something has to happen with the site."

More information about the competition is available on the On the Docks website. 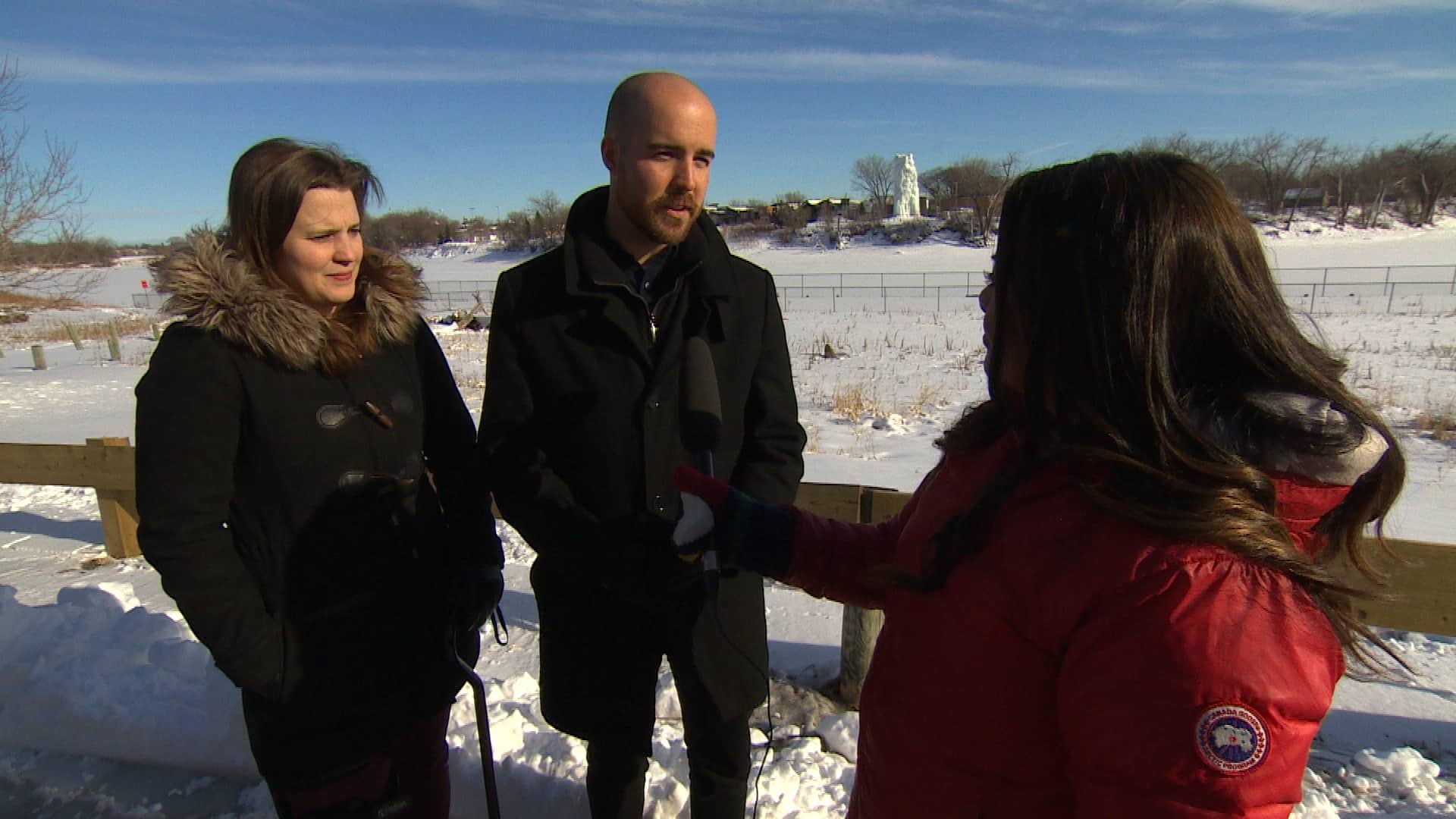 3 years ago
4:39
It's an important public place that has been abandoned over the years. Now couple of Winnipeg architects want to hear from you about what should happened to the Alexander Docks. CBC's Marjorie Dowhos recently spoke to Aaron Pollock and Lawrene Bachand about their design competition. 4:39

With files from Janice Grant and Darren Bernhardt