Alexa Joy asks Black politicians, activists and former candidates about their experiences, and to explain why Black people need to tackle all corners of the system to create the change.

First, I ran as the racialised student commissioner with the Canadian Federation of Students of Manitoba, where I served a two-year term. Second, I ran for vice-president, external affairs, with the University of Winnipeg Students' Association (UWSA).

I was filled with excitement, not knowing fully what I signed up for. But I knew I wanted to — here's the cliché line — "make a difference."

I suppose that's why most people run for office, to fight for the people, be a voice for the voiceless or to enact real change.

Though I lost in the UWSA election, and learned quickly how hard it was to spark change at the federation, I was almost convinced that you can't change the system from the inside.

Throughout my academic political journey, I met people who were in those roles for the wrong reasons: ones who were more concerned about building a name for themselves than helping people.

As I grew tired chasing after systemic titles, putting on a smile to appease the masses and finding I wasn't supported in the work I wanted to do at a systemic level, I began to feel jaded, cynical and a tad defeated.

Maybe it wasn't the right time. Maybe people weren't ready for change. But I knew I was ready for the next chapter. 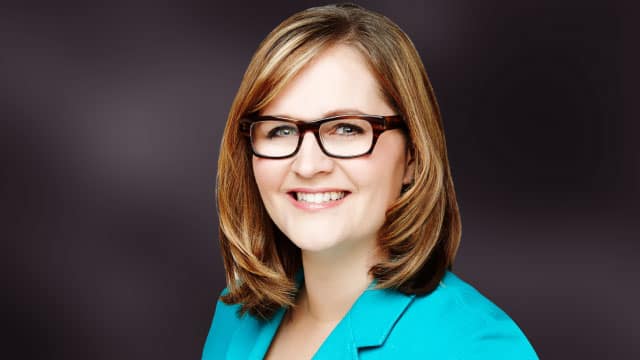 Information Radio - MB18:40Uncensored with Alexa Joy Episode 2
Our special new series,’Uncensored,’ continues with a close look at the role of Black politicians, who fight for racial equality while working in the very system that discriminates against them. 18:40

I can't say I left unaffected. I went in really hoping to make a difference, but found I made more of an impact outside of the system. Working at the grassroots level, asking the hard questions the system may not be ready to answer — though we ask them anyway, because that's what you do when you care about your community. You try to make a difference.

We can see nowadays how satirical and careless politicians are — whether catching them running off to their tropical homes at random points throughout the year, declaring that "all lives lives matter" during politically turbulent times or catching them in full Blackface. It's safe to say that Black communities do not have a lot of faith with governments at any level.

In all fairness, there's not much faith to have in a system that was literally designed to oppress and exclude Black people from Day 1.

Nevertheless, Black people who do run for office face a unique set of challenges. One, the complexities of being "the first" to hold these titles, and two, walking into a burning building as the previous owners throw you the keys and shout "good luck!"

And finally, the burning question: Can you overcome the system while working in it?

That's exactly what I hoped to discuss on this week's episode of Uncensored, entitled "Tiptoeing in the System."

I sat down with Mitzie Hunter, Liberal MPP of Scarborough-Guildwood in Ontario, Laura Mae Lindo, NDP MPP of Kitchener, Ont., and Peter Koroma, who ran for a seat in the provincial legislature in 2016 and for Winnipeg city council in 2018 and is now president of the Manitoba Liberal Party.

When asked about their experience in their current roles, each panellist took the time to explain why Black people need to tackle all corners of the system to create the change.

"I want the conversation to continue when Black people aren't at the table," Lindo said.

She argued that it takes more than just Black voters to change realities for Black communities. It takes, she says, the entire country to enforce new laws and policies that will be in place regardless of which direction the pendulum swings in each election.

Peter Koroma also stressed the importance of both activism and political representation to sustain effective change across the community.

Koroma, who continues to work for marginalized Manitobans, expressed his support for activists who make Black politicians work on issues at the systemic level. As an active community member and leader, Koroma said he ran in elections "to open the door" for future candidates.

Finally, Mitzie Hunter offered a unique perspective on the role Black politicians must play, in order to disrupt the political history of anti-Black exclusion and gatekeeping.

"You need to show up where changes are being made," Hunter said.

All three commentators' varying insights also, I hope, remind people that we are all entitled to hold different perspectives and political ideologies.

After this conversation I think it's safe to say that there is more than one way to try and push the needle forward; some pull up a seat to the table, while others apply pressure from the outside.

But no matter what direction is taken, it's a choice we all have.

Alexa Joy is the co-founder of Blackspace Winnipeg and the host of Uncensored on CBC's Information Radio.