Northern Manitoba chiefs are hoping an idea to help their communities avoid the high cost of fresh produce will get lift-off next month.

Idea to be explored at a conference next month 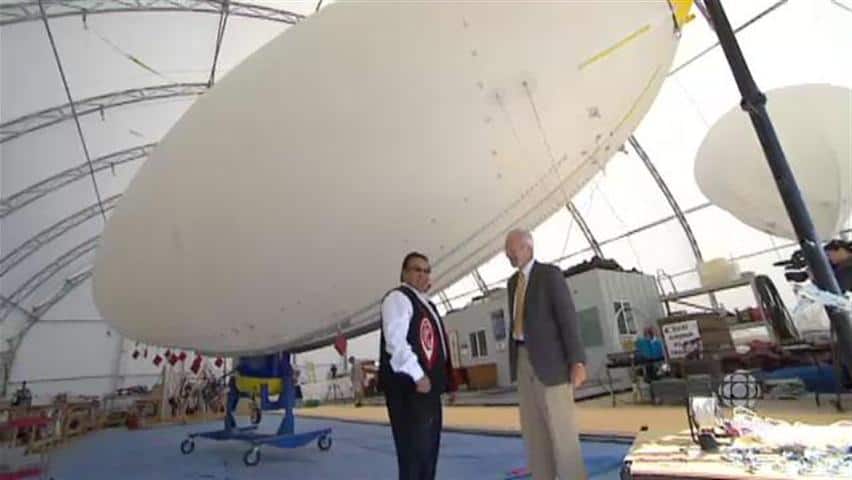 7 years agoVideo
1:51
Northern Manitoba chiefs are hoping an idea to help their communities avoid the high cost of fresh produce will get lift-off next month. Meagan Fiddler reports. 1:51

Northern Manitoba chiefs are hoping an idea to help their communities avoid the high cost of fresh produce will get lift-off next month.

MKO, the northern chiefs group, wants to explore using airships to ship goods and produce up north, rather than forcing communities to rely on ice roads, which are highly dependent on weather and contribute to the high cost of goods in the north.

It is organizing a conference to collaborate with Dr. Barry Prentice of the Transport Institute at the University of Manitoba, among others, on the idea. The meeting Oct. 9 and 10 will include officials from Alaska, developers, and government.

"Instead of sending six trucks up, you could be sending one of these, and your goods are delivered year round," he said. Harper said climate change is making winter roads unreliable, sometimes open for just a couple of weeks.
And he said a permanent road won't be a reality for a long time.

"So it's about $10 million a year spent on ice roads," he said. "And at the end of the year, it all melts away, and it's gone. If we had 10 years of that money, we'd have a whole airship industry started."

Harper, a former pilot, wants to see airships ferrying cargo to the North within the next three to five years.
He said the idea would also create training opportunities for First Nations to fly and maintain the aircrafts.
Again, Prentice agrees.

Harper and Prentice hope the conference next month will attract the government funding they need to get the airship program off the ground.