Dozens of paramedics paid thousands of dollars for a government-funded training course designed to give them advanced skills to use in rural Manitoba communities, but the province still hasn't figured out how to deploy or even pay them.

Dozens of paramedics paid thousands of dollars for a government-funded training course designed to give them advanced skills to use in rural Manitoba communities, but the province still hasn't figured out how to deploy or even pay them.

The advanced care paramedicine program that started in 2015, with tuition of $15,000 for the two-year Red River College course, is now suspended for a year as Shared Health, the department in charge of emergency medical services in Manitoba, holds discussions with the college about the program.

That should have been done years ago before the program started, said Philippe La Rivière, academic co-ordinator and instructor for paramedic programs at Red River College.

"It's a lack of leadership at multiple levels of government," La Rivière said.

While La Riviere works for Red River College, he says he doesn't speak for his employer.

Forty advanced care paramedics have graduated from the program, but not one of them has been allowed to use their new skills on the job in rural Manitoba, as Shared Health hasn't created a job classification or pay structure for graduates.

Advanced care paramedics are the highest licence level of paramedics in the province. They provide advanced life support, respiratory and cardiac care procedures and can give a wide range of medications.

"As flu season is upon us, they could be administering flu shots, and once we have a vaccine for COVID, we could easily go around and do that," La Rivière said.

So far, 35 of the graduates went back to work as primary care paramedics or intermediate care paramedics in rural Manitoba.The remaining five moved to other provinces in order to use their newly acquired training and education.

"We could have been much better prepared for COVID had we, five, six, seven years ago, when the initial announcement was made to fund an educational program, [followed] that up with a plan to utilize and deploy them across the province," La Rivière said. 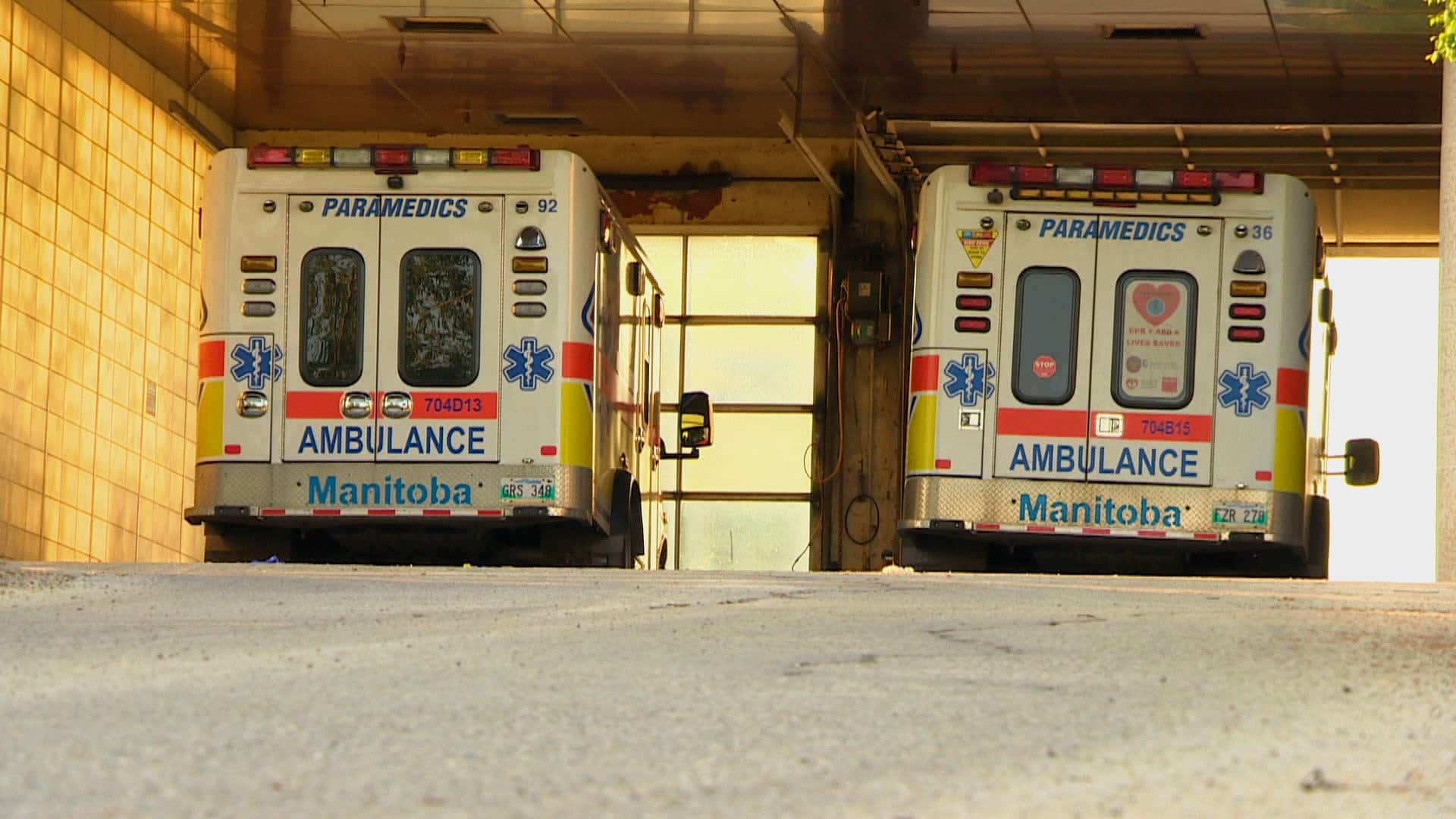 3 months agoVideo
3:09
Dozens of paramedics paid thousands of dollars for a government-funded training course at Red River College designed to give them advanced skills to use in rural Manitoba communities, but the province still hasn't figured out how to deploy or even pay them. 3:09

There are 200 advanced care paramedics in Manitoba; 140 work for the Winnipeg Fire Paramedic Service, 25 work for private companies like STARS, which operates air ambulance services, and 35 are the Red River College graduates currently not recognized by Shared Health.

Shared Health said it's in discussion with Red River College "regarding both the initial education of advanced care paramedics as well as the necessary support to maintain clinical competencies on an ongoing basis once they have graduated."

In an email to CBC News, a spokesperson said while first year intake is paused for a year, second year students will still be able to finish their education.

The province said it gives Red River College more than $100 million a year to deliver a number of programs and couldn't say how much of that would have gone to the advanced care paramedic training program.

"A temporary pause in enrolment is a common practice used by universities and colleges when modernizing multi-year programs, intended to ensure the program is aligned with labour market needs and that graduates can continue to provide the highest level of patient care to Manitobans," said a spokesperson for Economic Development and Training.

The president of the Manitoba Association of Health Care Professionals says it's a problem that ACP's — who are the most advanced paramedics — aren't able to employ their skills in rural communities.

"There definitely seems to be sort of a two-class system out there in terms of EMS response," said Bob Moroz.

"We've seen pauses before and especially through this government that are not really pauses. They are outright cancellations," said Moroz.

They're also demanding the province immediately create ACP positions and a comprehensive list of procedures they can perform to roll out in rural areas.

Michael MacKenzie had been an intermediate care paramedic in Beausejour for five years when he decided to take the two-year advanced care program in 2017.

He knew that graduates before him weren't allowed to work as advanced care paramedics when they finished, but he paid the $15,000 in tuition and took the program anyway.

"Because my hope is that when the [paramedics professional] college is up and running and the college is regulating us, that the college will have enough input to change that," he said.

The College of Paramedics of Manitoba was established by the province two years ago but is not operating yet because the required regulations under the Regulated Health Professions Act still haven't been enacted and come into force.

Mackenzie completed the advanced care paramedicine program last October and has gone back to his job as an intermediate care paramedic.

There have been several occasions when he could have put his training and education to use, he said.

"You have all this education, you recognize an issue, you know that if your employer would let you, you could do something to alleviate a problem, to fix a symptom, to, say, maintain life … and that's what's frustrating is that I can't," MacKenzie said.

The Paramedic Association of Manitoba says right now, if STARS is busy or can't fly due to bad weather, when a critical-condition patient needs to be transported to Winnipeg, a physician has to accompany the patient.

"That physician leaves and that hospital closes," said Rebecca Clifton, administrative director for the Paramedic Association of Manitoba.

A qualified advanced care paramedic could instead accompany the patient, allowing the doctor to stay and keep the hospital open, she said.

Three-quarters of Manitoba's 1,650 paramedics are primary care paramedics, who, among other things, can provide basic life support, stabilize wounds and fractures and administer some medications.

The province has been using 300 intermediate care paramedics to fill in some gaps. They are essentially primary care paramedics who have been trained for additional medical functions, but their training is not standardized and is determined by each health region.

"It's unfortunate that they have to do that to show essentially their worth, but they want to be able to show that they can be used in … in a variety of different ways, rather than not being utilized at all," Clifton said.