You can always count on Winnipeg MLA Pat Martin to make some colourful remarks, especially in a pinch, so to speak. 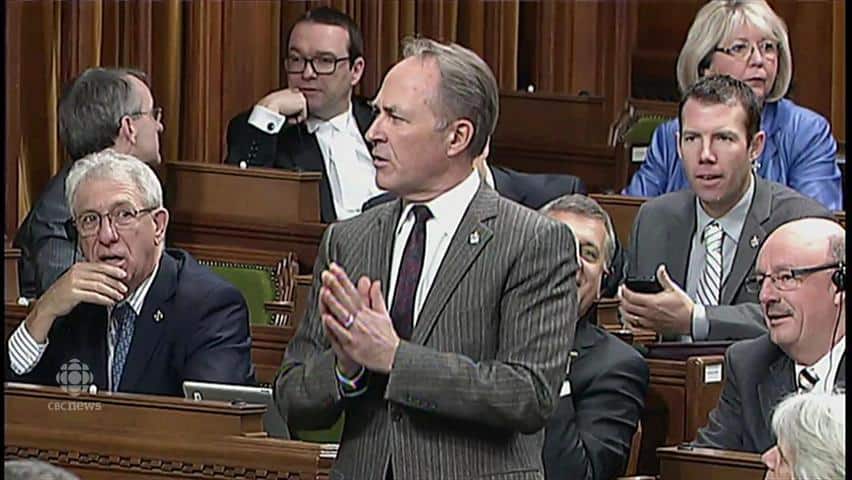 6 years ago
3:39
Winnipeg Centre NDP MP Pat Martin talks to Evan Solomon of CBC's Power and Politics about colourful comments he made in the House of Commons regarding too-tight discount underwear. 3:39

You can always count on Winnipeg MP Pat Martin to make some colourful remarks, especially in a pinch, so to speak.

The NDP member for Winnipeg Centre had to take leave from his seat in the House of Commons on Thursday, but just briefly.

When Conservative MP Royal Galipeau asked deputy speaker Joe Comartin if a vote still counts if an MP leaves while it's being counted, Martin then stood up to explain.

"I can blame it on a sale that was down at the Hudson's Bay [Company] — they had men's underwear on for half price. I bought a bunch that was clearly too small for me and I find it difficult to sit for any length of time," he said.

Martin later told reporters that MPs are not supposed to leave their seats in the middle of a vote, which he did "inexplicably."

"So I kind of got caught with my pants down. I had to think light on my feet," he said.

He also defended his too-small underwear purchase: "Winnipeggers never like to play full price to anything. Fifty per cent off is like catnip to a Winnipegger, believe me. We left with armloads."

Later on CBC's Power and Politics, Martin said the underwear explanation was not the real reason why he left his seat in the House of Commons.

"I left to go and have a chat with the Speaker, and Mr. Galipeau overreacted heavily by saying I should forfeit my vote for having the temerity to ask the Speaker a question during the vote," he told host Evan Solomon.

Martin added, perhaps also cheekily, "A lot of the grumpiness in the House of Commons might be traced to the fact that MPs are buying one size too small in their knickers. It's worth investigating."

It's not the first time Martin's colourful comments have made headlines.

He deleted his Twitter account in December 2012 after he tweeted a profanity-laced outburst about the Conservative government's failure to invite him to an announcement in his own riding.

In November 2011, he went on a similar profanity-laced tirade when the government used procedural tools to shut down debate on a budget bill.

Here are some highlights of how Martin's underwear episode played out on social media:

NDP MP Pat Martin got his knickers in a knot? Literally? <a href="https://twitter.com/hashtag/cdnpoli?src=hash">#cdnpoli</a>

Pat Martin a victim of wedgie politics? <a href="https://twitter.com/hashtag/cdnpoli?src=hash">#cdnpoli</a>

<a href="https://twitter.com/CBCNews">@CBCNews</a> our official opposition. They can't pick underwear, why should we let them run the country?