A father, his two children and six other people escaped a house fire in Gimli, Man., on New Year's Day, but the family has lost everything in the blaze.

Greg Welch and son Jordan, 18, both in critical but stable condition in hospital 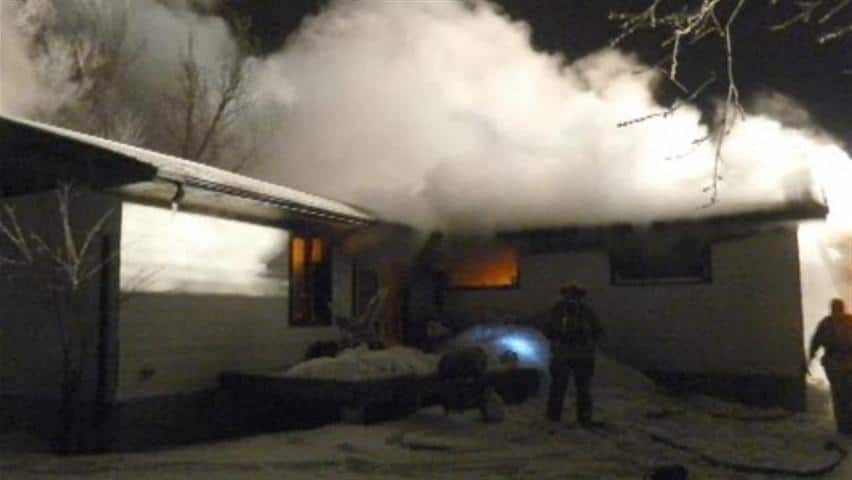 8 years agoVideo
1:47
Greg Welch and his two children, along with six other people, escape house fire in Gimli, Man., on New Year's Day, but the family has lost everything in the blaze. 1:47

A father, his two children and six other people escaped a house fire in Gimli, Man., on New Year's Day, but the family has lost everything in the blaze.

The fire broke out shortly after 4:30 a.m. CT Tuesday, and everyone — who ranged in age from 12 to 41 — was out of the house by the time emergency crews arrived, according to RCMP.

The cause of the fire has been attributed to careless cooking and is considered accidental.

Damage estimates are not available, but RCMP say the residence sustained extensive damages.

The bungalow-style house was boarded up on Wednesday, with blackened windows and charred wreckage.

"All the windows were all out, and the front door was either chopped off or you couldn't tell there was a door anymore. Everything in it was totally black," said Jim Baldwin, who lives across the street.

Greg Welch suffered a neck fracture and burns on his shoulder as a result of his escape from the burning house, according to his brother-in-law, Ian Tarnowski.

Jordan sustained severe burns on 50 to 60 per cent of his body after he went back into the burning house, thinking his sister was still inside.

Jayda Welch had already made it out of the home with cuts and bruises. She is currently staying with family members.

The six other people, who were at the house for a party, also escaped. They were treated for smoke inhalation.

Greg and Jordan Welch remain at the Health Sciences Centre in Winnipeg. They were both listed in critical but stable condition as of Wednesday afternoon, according to the Winnipeg Regional Health Authority.

Welch's wife died of cancer in September 2009 and his father died of a heart attack seven months later, Tarnowski said.

"Within the past three years, these guys have been hit with quite a bit of tragedy, and this just adds to it. Four hours into 2013, and they already lost everything," he told CBC News.

"They have nothing. They don't even have the clothes on their back because they were burnt off in the fire."

In an open letter, Tarnowski wrote that he is looking for "donations of any kind, big or small, from cash donations to gently used clothing to furniture or anything you can think of that you would need to start a life over again from scratch."

Cash donations are being accepted at any CIBC branch across Canada to a trust fund created in care of the Welch family. Donations can also be made at the credit union in Gimli.