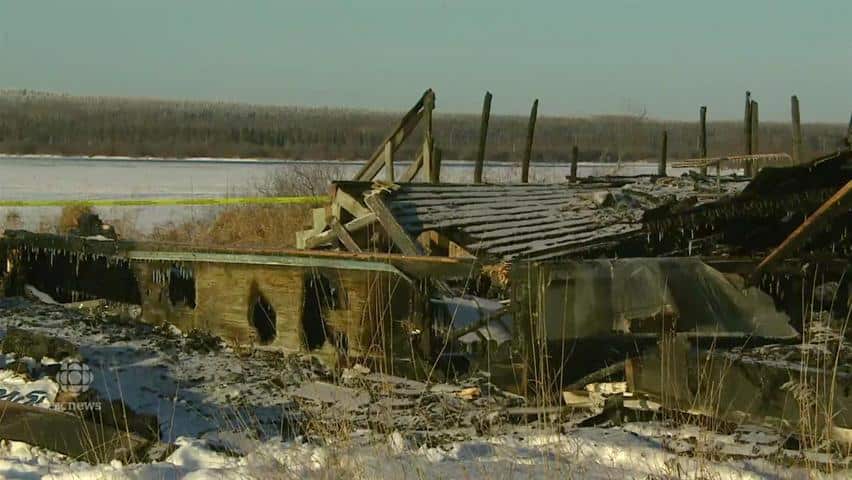 A northern Manitoba reserve is mourning after three people died in a house fire yesterday.

Crews removed the bodies of two men and a woman from the home at Oxford House, also known as Bunibonibee Cree Nation, 950 kilometres northeast of Winnipeg.

Community members identified the people in the home as James Crane, his son Jamie Crane and the family's cousin Jastidee Sinclair.

Muskego called it the worst day of his career as a leader in the community.

"I thought I seen it all until yesterday. Man, was it very heartbreaking, especially to go announce to the relatives, especially to the parents, their son's house was on fire and it was destroyed. And to tell them that maybe their family members have been in there."

Bunibonibee is the home reserve of Grand Chief Sheila North Wilson, who represents northern First Nations as the head of Manitoba Keewatinowi Okimakanak (MKO). She said James Crane was her childhood friend.

"He was a good man, kind person and he loved his family," she said.

North Wilson has been lobbying for more fire protection on First Nations and said this incident makes the cause much more personal.

"It's very hard to come to terms with it sometimes when it's not just an issue for you [but] it's actually happening in your own community, among people that you know," she said.

The community was only recently coming to grips with the death of two elders, both of whom would normally help counsel people and arrange funerals, North Wilson added.

"So it's a real hard time in the community and I feel horrible for them. I'm going to go up there just to extend my condolences and my support for them," she said.

"There will be gatherings throughout the weekend, throughout the New Year's holiday — not only just for the three victims, but the other two as well."

The investigation is continuing to confirm the identity of the deceased, RCMP said in a news release Wednesday morning. Foul play is not suspected at this time.

Further information will be released as it becomes available, but RCMP would not confirm the names of the victims Wednesday afternoon.

"As we continue to investigate, our prayers go out to the Oxford House community and the families affected," said RCMP spokesman Sgt. Bert Paquet.

Muskego said the tight-knit community has pulled together after the fire.

"Last night, a young lady from the community organized a candlelight vigil, where the turnout was very enormous, and we appreciate her effort and it really touched the family," he said.

In an email to CBC News, Carolyn Bennett, Canada's minister of indigenous and northern affairs, said she is "deeply saddened."

"Our hearts are with the community members and emergency responders who worked so hard to respond to this tragic event, and continue to provide much needed support to the community," she said.