Émilie McKinney isn't your average teenager. The 17-year-old, bilingual high school student has taken her Indigenous hoop, jingle and fancy dancing career around the world. Now she can now add entrepreneur to her resumé.

The bilingual high school student has taken her Indigenous hoop, jingle and fancy dancing career to communities across North America and as far away as Cuba and Sweden — all while studying for graduation.

Now she can add entrepreneur to her resumé.

After a year of planning, McKinney, 17, recently opened her own company and started manufacturing jingle cones and lids — decorative metal cones that Indigenous dancers sew on to dresses to make a jingling sound.

"It's kind of like ... finally," she told CBC News from her manufacturing shop in Somerset, Man., located about 120 kilometres southwest of Winnipeg. "It's an accomplishment."

McKinney, a band member of Swan Lake First Nation in southern Manitoba, came up with the idea to manufacture her own jingle cones while driving with her mom, Natalie Foidart, about a year ago. They drove into Winnipeg to buy jingle cones for a dress she was making after learning her local supplier had retired.

Frustrated, she left empty handed. "The jingles were not Native authentic," she said. "They were from Taiwan."

McKinney, who lives in Somerset but attends Grade 12 at École régionale Notre-Dame in Notre-Dame-de-Lourdes, Man., also felt uneasy about the $40 price tag for 100 jingles. Between 300 and 400 of the cones are sewn on each dress.

The jingle dress and dance are an Indigenous tradition that's believed to bring healing to people who are ill. Dancers wearing the dresses form a circle around the ill person and dance around them in an effort to heal.

McKinney, who also makes her own beadwork and regalia, wanted to bring the cultural significance of the dress back.

"I wanted to fix it because it is a Native authentic object. It's created by the Ojibway," she said, adding that she was unable to find a Canadian manufacturer of the decorative pieces.

Foidart told her to go for it.

The next day, Foidart says, her daughter came home from school with a logo and the pair worked back from there. A year later, McKinney officially opened Anishinaabe Bimishimo Corporation — Ojibway for First Nations People That Dance — for business.

She uses a press to imprint her emblem on the small metal plates, which are then hand-rolled and bagged for sale at $23 per 100.

The emblem, which McKinney came up with, includes the medicine wheel for unity, a teepee to represent home and the fact that it's made close to home, a door to signify being open to ideas, and feathers to represent smudging and the sacredness of the jingle cone and lid.

McKinney is renting space in a shop in Somerset right now, but would one day like to move her business to nearby Swan Lake First Nation and employ locals.

Her jingle lids and cones are currently available at five retail stores and online. She also hopes to take some of her stock on tour to various powwows this summer.

She admits it's been hard to keep up with her school work, requiring her to stay up into the wee hours of the morning at times to finish assignments. But she has no plans of slowing down.

"I've made it this far, I'm sure I can keep on going," she said, adding that she hopes to attend the University of Alberta after graduating with the goal of teaching in Indigenous schools one day — all while keeping up her dancing and new business.

Her mom also has faith in her.

"Émilie as an adult … if that child reaches for the stars, she will catch them," Foidart said. "She has these huge dreams and these huge goals and she's always worked so very hard to accomplish them." 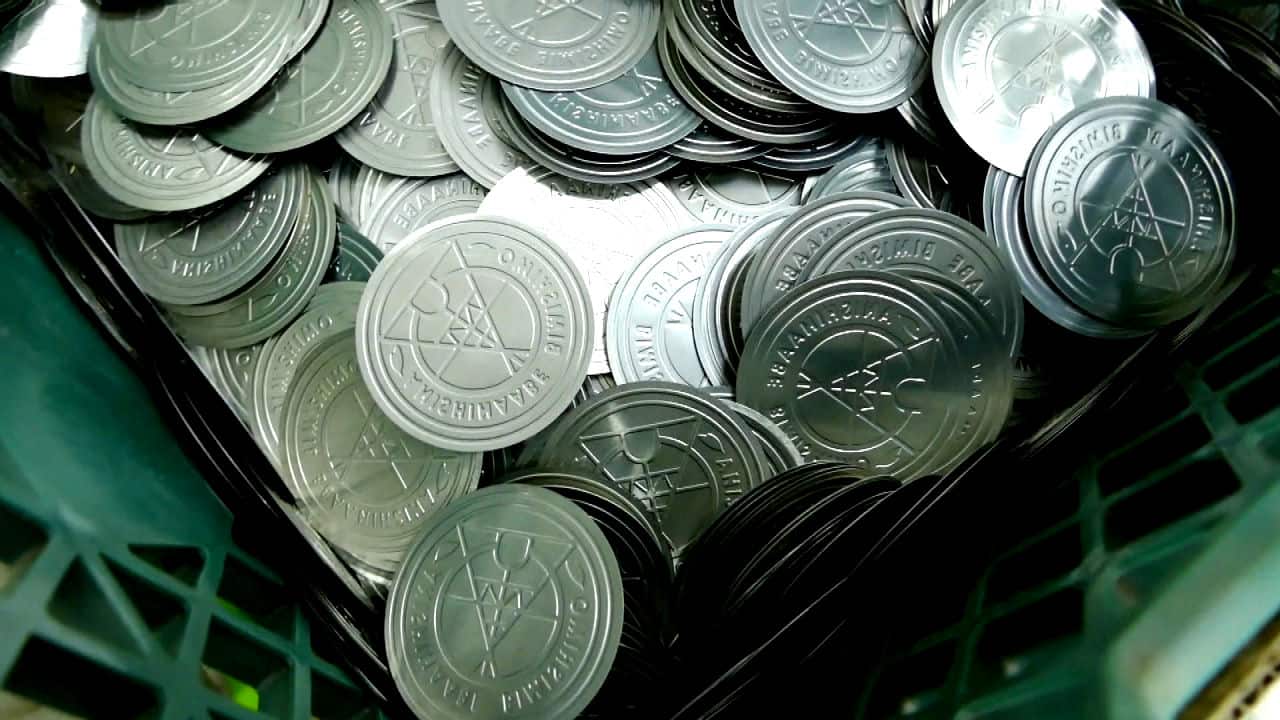 A Manitoba teen's retail frustration has turned into a new business

3 years ago
2:11
She's hooped danced around the world, but now an Indigenous Manitoba teenager can add entrepreneur to her resume. Émilie McKinney started a new business venture - with the help of her mom - making authentic Indigenous jingle cones and lids for dresses. 2:11
CBC's Journalistic Standards and Practices|About CBC News