Ex-nurse Elizabeth Wettlaufer, who admits killing eight people in long-term care homes, said in court that she injected patients with insulin with the intention of killing them.

Elizabeth Wettlaufer tells officer how she chose one of her victims

4 years agoVideo
0:44
The nurse who pleaded guilty to killing eight seniors with fatal doses of insulin is shown here in a taped confession in October 2016. 'I had a feeling inside of me,' she told police. 0:44

She was angry about her career and her life, and her elderly patients, some suffering from dementia, were easy prey.

Former registered nurse Elizabeth Wettlaufer, 49, who pleaded guilty in Superior Court in Woodstock, Ont., today to 14 charges including first-degree murder, attempted murder and aggravated assault, told the court that a "red surge" would come over her when she was about to kill someone.

Wettlaufer worked at homes in the Ontario communities of Woodstock, Paris and London, often as the registered nurse overseeing the nightshifts.

In October, Wettlaufer was charged in the deaths of eight residents at nursing homes in Woodstock and London. In January, she faced six additional charges related to seniors in her care. She worked at the facilities between 2007 and 2014.

Family members of Wettlaufer's victims were faced with a long and emotional day in court. Some broke down in the courtroom as Wettlaufer entered her pleas.

Superior Court Justice Bruce Thomas told the families, "I can't imagine the betrayal" and said their strength dealing with what they saw in court impressed him.

They have already heard that the ex-nurse told police she used insulin pens to administer lethal and non-lethal doses of the drug to kill eight people and seriously harm six.

Wettlaufer stood up straight and spoke clearly and concisely as she pleaded guilty to the charges.

"You realize that first-degree murder is punishable with life in prison?" Justice Bruce Thomas asked Wettlaufer.

"Yes, your honour," she answered.

In one case, a victim's family had thanked Wettlaufer for her care, having no idea she had just killed the patient.

After injecting another of her victims, she got what she told police was "a laughing feeling."

She left on a Caribbean cruise the next day.

Wettlaufer confirmed that she was not intoxicated by drugs or alcohol while injecting victims with insulin with the intent to kill.

"You knew this could be fatal?" Thomas asked Wettlaufer.

"Yes, your honour," she answered.

"I honestly thought God wanted to use me," Wettlaufer told police during an almost three-hour taped confession that was played in court Thursday afternoon.

Wettlaufer says on the tape she had resigned from her last job, with Saint Elizabeth Health Care, after five weeks because she was told she would be caring for diabetic children at a school in Ingersoll, Ont., and she feared she wouldn't be able to keep herself from harming them. She told police that was her "breaking point."

On the tape, Wettlaufer describes how she killed her first victim, James Silcox, while working at the Caressant Care home in Woodstock.

She told police she knew Silcox had dementia and said "there were others before him" whom she tried to kill.

She said the home kept insulin in the refrigerator, which gave her "easy access" to it.

'She must be the next'

She claimed that another one of her victims, Mary Zurawinski, told her she believed she would die soon, which Wettlaufer said was a trigger for her.

"She didn't hurt the nurses or anything, she was just very outspoken and feisty, and one night she said, 'You know, I'm going to die tonight,'" Wettlaufer told police. "I said, 'Are you sure?' and she said, 'Yeah, put me to bed. I'm going to die.' So I said, 'OK, then.'"

Wettlaufer said she got another one of the nurses on duty to help her get Zurawinski to bed.

4 years agoVideo
1:16
The nurse who pleaded guilty to killing eight seniors with fatal doses of insulin is shown here in a taped confession in October 2016. She apologized to their families, but acknowledged ‘sorry isn’t enough.’ 1:16

'I'm not going to forgive her'

Susan Horvath, the daughter of one of the seniors Wettlaufer has admitted to killing, spoke to CBC News on her way into court Thursday.

"She will be telling us why and how, and we will all know the final moments of our loved one's lives," said Horvath, whose father, Arpad Horvath, was murdered.

Horvath later told CBC Radio's As It Happens, "I'm not going to forgive her for nothing, she knew what she was doing."

During her taped confession, Wettlaufer said she laughed when a co-worker suggested that Arpad Horvath's blood sugar had spiked dangerously due to a past stroke, and not due to her attempts to kill him with insulin.

Shortly after that section of tape was played in court, the victim's son, Arpad Jr., left the courtroom with help from court staff, tears streaming down his face.

Arpad Horvath Jr is a tough man. He just left the courtroom w help from court staff. Weeping, tears streaming down his face.

Wettlaufer's mother, Hazel Parker, told CBC News her daughter had asked that her parents not be in court for her appearance today. 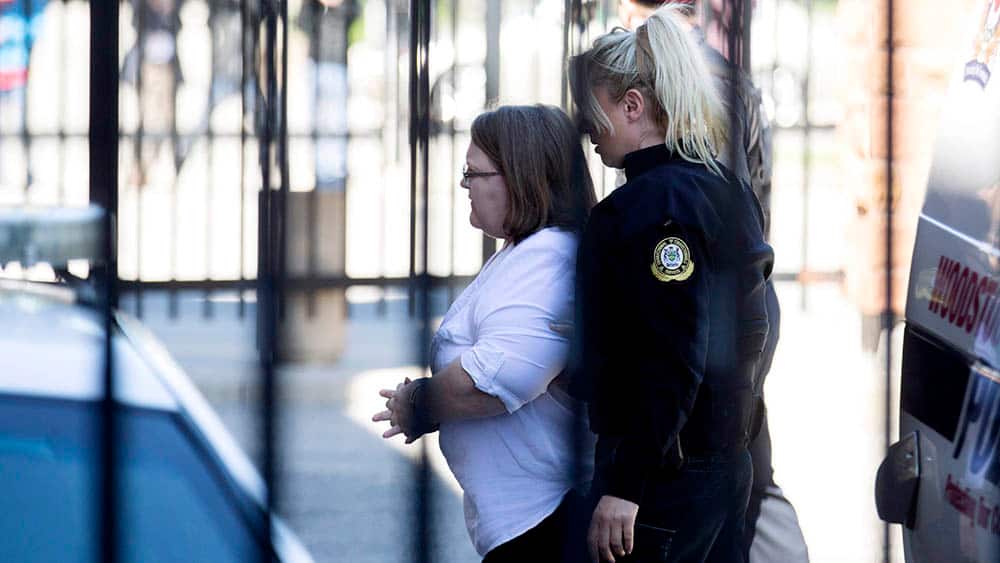 Parker said her daughter, who has been staying at the Vanier Centre for Women in Milton, Ont., has been diagnosed with bipolar disorder and is receiving medication.

"What has been lost in the media is that had Beth not come forward, police never would have known any of this. She's dealing with this the best she can," Parker said.

Wettlaufer waived her right to a preliminary hearing in April and instead opted to go straight to trial.

The families of those Wettlauffer killed were told their victim impact statements will likely be read in court June 26 and June 27, when Wettlaufer is scheduled to be sentenced.

The police investigation into Wettlaufer began last September after Toronto police became aware of information she had given to staff at a psychiatric hospital in Toronto that caused them concern, a police source told The Canadian Press.

Records from the College of Nurses of Ontario show Wettlaufer was first registered as a nurse in August 1995, and resigned Sept. 30, 2016.

With files from John Lancaster and Laura Fraser