The opening day of the public inquiry into the actions of Elizabeth Wettlaufer, who admitted to killing nursing home patients over a period of years, heard from lawyers representing Ontario long-term care homes who said her co-workers were betrayed by the disgraced nurse. 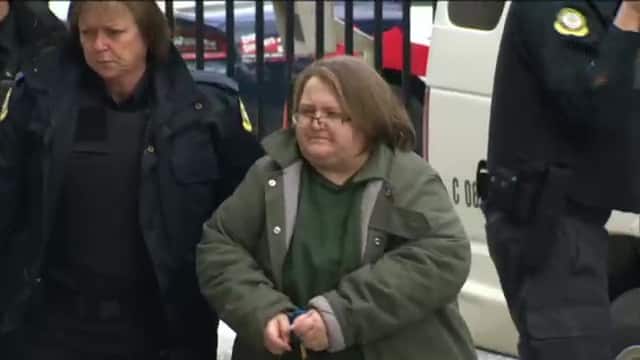 The Unravelling Of Nurse Wettlaufer

4 years agoVideo
45:13
Eight deaths of elderly patients under her care. Nurse Elizabeth Wettlaufer is arrested for murder. What happened? Revelations about her and her life from close friends, neighbours and the nurse's own words. 45:13

The opening day of the public inquiry into the actions of Elizabeth Wettlaufer, who admitted to killing nursing home patients over a period of years, heard from lawyers representing Ontario long-term care homes who said her co-workers were betrayed by the disgraced nurse.

"A group of health-care providers were utterly betrayed by a fellow registered nurse who was supposedly working side by side, or so they thought, to accomplish the same goals of providing quality care," said David Golden, lawyer for Carresent Care, the Woodstock facility where Wettlaufer committed her first murder.

The Long-Term Care Homes Public Inquiry, established on Aug. 1, 2017, after Wettlaufer was sentenced to eight concurrent life terms, is headed by Justice Eileen Gillese. It's set to hear from 17 parties over nine weeks.

Gillese opening the inquiry by saying it will aim to re-establish trust in a system that failed Ontarians.

Facing a room full of the victims' family members, health-care administrators and government officials, she said the goal isn't to find wrongdoing in the legal process that saw Wettlaufer plead guilty to eight counts of first-degree murder, four counts of attempted murder and two counts of aggravated assault.

Instead, it's to investigate the failings of the Ontario long-term care system, Gillese said.

"We can begin to heal the moment we begin to feel heard," she said from the Elgin County Courthouse.

"That's what these public hearings are about. Healing our broken trust in the long-term care system."

Mark Sandler, lawyer for the College of Nurses of Ontario, the profession's governing body in the province, was among those at the hearing Tuesday who stressed the need to ensure no one else is harmed while in care.

"The College of Nurses will take to heart the findings of these proceedings and will address any systemic issues that are identified in the course of the proceedings," Sandler said.

The nine members of the inquiry's core team also heard briefly from the coroner's office, the Ontario Nurses Association union, and the Ministry of Health and Long-Term Care.

In the coming weeks, those expected to testify include patient Beverly Bertram, who survived Wettlaufer's attempt on her life at her home in Oxford County in 2016, as well as a nurse who saved victim Sandra Towler from a near-lethal injection at Telfer Place in Paris, Ont., in September 2015.

During the inquiry, more than 900 pages of evidence will be made public, including Wettlaufer's confession, transcripts of her interviews, reasons for her sentence when she was convicted and a timeline showing the key events related to the offences.

"Ms. Wettlaufer pleaded guilty and is in jail for life with no chance of parole for 25 years, but that still doesn't answer the questions about how she was able to get away with this for eight or nine years in the system and nobody knew about it," said Mark Zigler, the commission's co-lead counsel.

​Wettlaufer injected patients with enough insulin to kill them, at long-term care facilities and private homes in southwestern Ontario between 2007 and 2014.

She was fired twice but kept her licence as a registered nurse.

She pleaded guilty in June 2017 to 14 charges, including first-degree murder, attempted murder and aggravated assault. The crimes took place between 2007 and 2014.

The inquiry will look into what happened in each case, and will make recommendations into preventing future such incidents, Zigler said.

"There may be changes to how medications are handled, how things are done in terms of the college of nurses, how things go on in long-term care facilities or how the government regulates those facilities," he said.

There will also be testimony from experts who deal with the phenomenon of killings in health-care settings, Zigler said.

The inquiry is open to the public.

Hearings will take place mostly in June and July, and a week each in August and September.

Watch live tweets from Day 1 of the public inquiry here: