A London, Ont., clinic is the first in southwestern Ontario to offer psychotherapy sessions while the patient is under the influence of a mild psychedelic drug, ketamine.

A London, Ont., clinic is the first in southwestern Ontario to offer mental health patients therapy in conjunction with the psychedelic drug ketamine, which has shown promise in helping those with treatment-resistant depression.

Tatiana Zdyb, a clinical psychologist, is the owner of MindSetting, which started taking patients earlier this fall.

Zdyb said she spent the last year and a half developing a treatment plan using ketamine, but the pandemic's effects on her patients prompted her to open the new clinic.

"I was noticing a few months into the pandemic that 85 per cent of my patients were getting worse as a result of the pandemic," she said. "I knew I had to do something."

Ketamine is usually used as an anesthetic, sometimes in surgeries, and to treat severely suicidal patients in hospitals. It's also been used as a party drug, known as Special K, taken for its disassociative properties.

It can be taken orally, intravenously or intramuscularly.

Zdyb works with her patients' psychiatrists or family doctors, getting them to prescribe a low oral dose of the drug. If the patients' doctor is uncomfortable doing so, she also works with Dr. Mike Hart, a doctor in London, but so far, hasn't come up against any pushback.

"I'm actually surprised at how willing these doctors have been to work with me," Zdyb said. 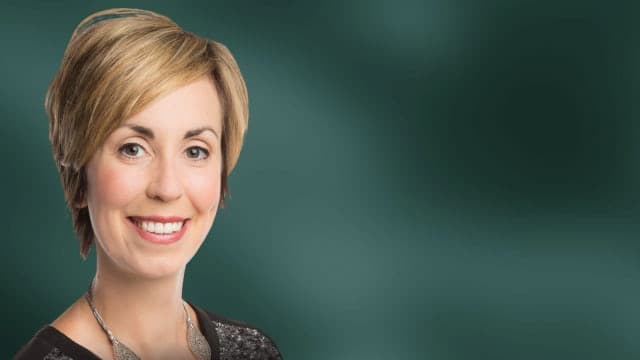 All Points West9:16New research to use psychedelics to treat PTSD in health care workers on the front lines of the pandemic
A researcher from VIU has just received a federal grant to look at using the drug ketamine to help with PTSD and other mental health conditions that are difficult to treat. The investigation will include a particular focus on health care workers who are on the front-lines of the COVID-19 response. For more on the project, Kathryn Marlow reached Shannon Dames, a professor of nursing and a resilience researcher at Vancouver Island University. 9:16

After a planning session, the patient takes the dose of ketamine in Zdyb's office, and about 15 minutes later the patient is more relaxed and uninhibited. A ketamine-enhanced therapy session lasts two hours, and is followed up with more sessions to discuss what was learned.

"Things that normally would cause people to censor themselves, to not be able to talk about certain things, the ketamine and other psychedelics dissolve that, so that we're able to bring to the surface things that wouldn't normally come to the surface," Zdyb said.

"Patients report things like, still having negative thoughts, but they're happening less frequently and, more importantly, their emotional reactivity to the negative thought is significantly decreased. It's like it changes the way that they experience their thoughts."

Patients must have no underlying medical conditions and have tried other therapies, such as antidepressants and traditional psychotherapy, without results.

"Hope is such an incredibly beneficial therapeutic tool, and I would even go as far as to say that hope is the greatest therapeutic tool that any psychologist has," She said.

"The ketamine really does create this hope. Some people, just knowing that this is an option helps then. They can say, 'Okay, there's something else that I can try and I might get a few hours of respite from my suffering,' and that in itself is therapeutic."

The only side-effects her patients have reported is mild anxiety the next day, which she and the patients plan for during an initial session.

"Usually, for part of the two-hour session, the patient is lying down with an eye mask on. There is time for quiet reflection," Zdyb said. "One of my patients said that under normal circumstances, without ketamine, she would be distracted by her own thoughts in response to what I would be saying to her. But within half an hour of taking the ketamine, that wasn't happening.

The only other such therapy clinic in Ontario is in Toronto.