'It's comparable to a war zone': London, Ont., residents return home after explosion

Residents of all but 10 homes damaged in Wednesday's explosion and fire in London, Ont., after a car crashed into one of them have returned to their residences, but what they found was almost unrecognizable.

Have a look at some of the aftermath 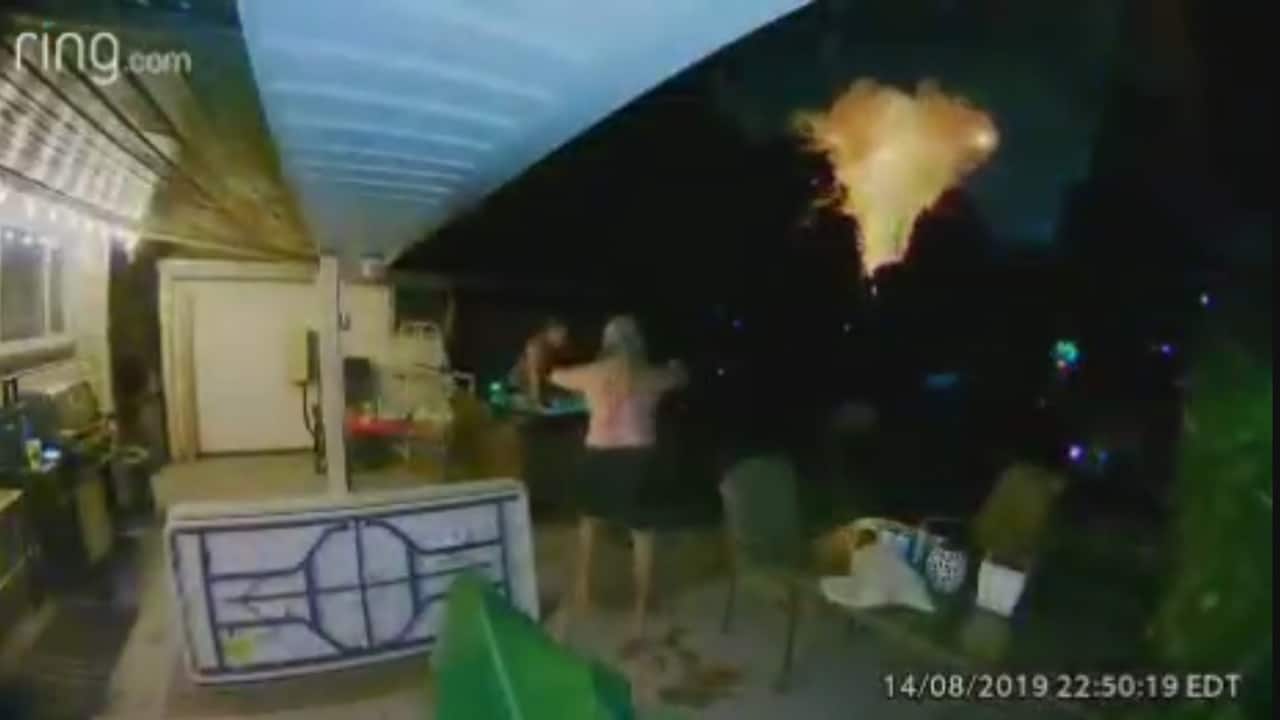 1 year ago
0:33
Nikki Best and her friends were relaxing in their hot tub when the explosion that rocked London, Ont. hit levelling a home and destroying many more. 0:33

Residents of all but 10 homes damaged in Wednesday's explosion and fire in London, Ont., have returned to their residences, but what they found was almost unrecognizable.

Debris is strewn everywhere on Woodman Avenue, where a car crashed into a house, severing a gas line and setting off an explosion and a series of fires.

Furniture, windows, plywood scraps and drywall panels were scattered across what was before a quiet street of century-old brick homes in London's Old East Village neighbourhood.

About 100 homes on Woodman and a number of surrounding streets were evacuated in the moments after the explosion. Residents began to return to their homes when the evacuation order was lifted on all but 10 on Thursday night.

Officials reported at least seven homes were damaged by fire, while the home where the gas meter was struck was levelled.

Seven people were hurt but only one person, a firefighter, remains in hospital. His condition is described as serious but stable.

Officials said two of the homes have been demolished and one that began smouldering Friday is set to be taken down.

When the sun rose Friday, the scope of the devastation was exposed up close.

"It's comparable to a war zone in England when they had the blitz on," said Guy Rameau, who lives at 461 Woodman Ave. "It's just complete devastation for a lot of the houses. And I feel so bad for the people coming back to this.

"To see it now, it's devastating. You're just shaking inside. It's hard to deal with."

"It was something out of a movie," said Tracey Lee-Matthews, who lives at 470 Woodman Ave. "It was absolutely the most horrific thing I've ever seen in my life. Ground zero was very disturbing. To me, it was like a death."

Tracey's husband Edward said: "This is the calm after the storm ... but we also have to think about the other individuals who now don't have a home to go to. We need to make sure we're taking care of them in the long term."

The fire department estimates the blast and subsequent fire caused $10 million to $15 million in damage, though that total could change as cleanup work progresses.

Jason Cammaert, who lives at 462 Woodman Ave., was restoring his front entry window on Friday after it was blown out from the force of the explosion.

"I'm fortunate compared to everyone else," he said.

Cleaning crews were at the scene Friday taking away debris while investigators probed the area.

The community is rallying around the families impacted by the blast.

A number of social agencies have also extended their support.

The London Police Service has increased its presence in the area and the London Health Sciences Centre has also provided residents with access to crisis supports.

A 23-year-old Kitchener woman, who police say was driving the car that struck the meter before 11 p.m. ET Wednesday, has been charged with multiple impaired driving counts.

The Office of the Ontario Fire Marshal is continuing to investigate.

This is what Woodman Avenue looks like after the Wednesday explosion in east <a href="https://twitter.com/hashtag/ldnont?src=hash&amp;ref_src=twsrc%5Etfw">#ldnont</a> <br><br>100 homes were evacuated. Residents returned last night. 12 homes remain unsafe. <a href="https://t.co/2Usok1v4l0">pic.twitter.com/2Usok1v4l0</a>

With files from Hala Ghonaim