Family finds 100,000 bees hidden behind the walls of London home

A family moves from Toronto to London only discover they aren't alone in their new home. 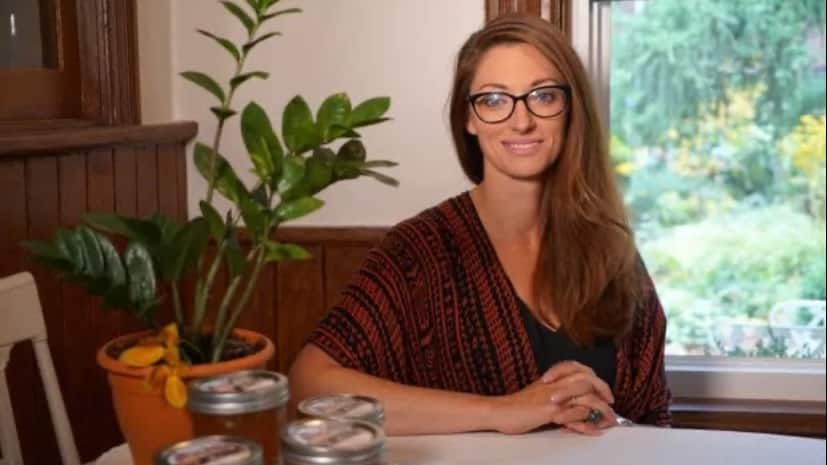 Family finds 100,000 bees behind the walls of their home

1 year agoVideo
4:03
A family moves from Toronto to London only discover they aren't alone in their new home. 4:03

There are always a few surprises during a move, but Chantalle Ryan has never encountered anything like this. The walls of her family's new home in Old South, a neighbourhood in London, Ont., were literally buzzing.

"If you went and put your ear on the wall, you could actually hear the bees buzzing," she said.

What was generating the noise was a busy hive of up to 100,000 honey bees hard at work behind the walls of their newly purchased house.

"I almost couldn't compute it in the moment," Ryan said, noting the beekeeper she and her husband Desmond hired to remove the colony thought it may have been living in their home for up to seven years.

"We were surprised, to say the least," she said.

The beekeeper had to remove a section of wall in the master bedroom in order to capture the queen. Ryan said she was stunned by the size of the colony.

'The honey is fabulous'

"The area of wall that has been cut open is actually black with bees and it's pulsating," she recalled.

In the end, the beekeeper not only removed the colony, but also 250 pounds of honeycomb, which Ryan turned into honey with the help of her dad.

"The honey is fabulous," she said. "It's really sweet."

"We got this beautiful light honey and this golden amber honey," said Ryan. "The beekeeper said he'd never seen that before inside the walls of a house."

Ryan and her husband harvested so much honey, they can't eat it all. So they've been sharing it, along with the story, with their new neighbours.

"I'm super grateful to have the honey, and to have a way to connect with my new neighbours because we're new to the city," she said.