How to harvest homegrown cannabis: tips from an experienced backyard green thumb

Experienced backyard cannabis grower Luca Cosentino shares a few tips on how to harvest your homegrown. 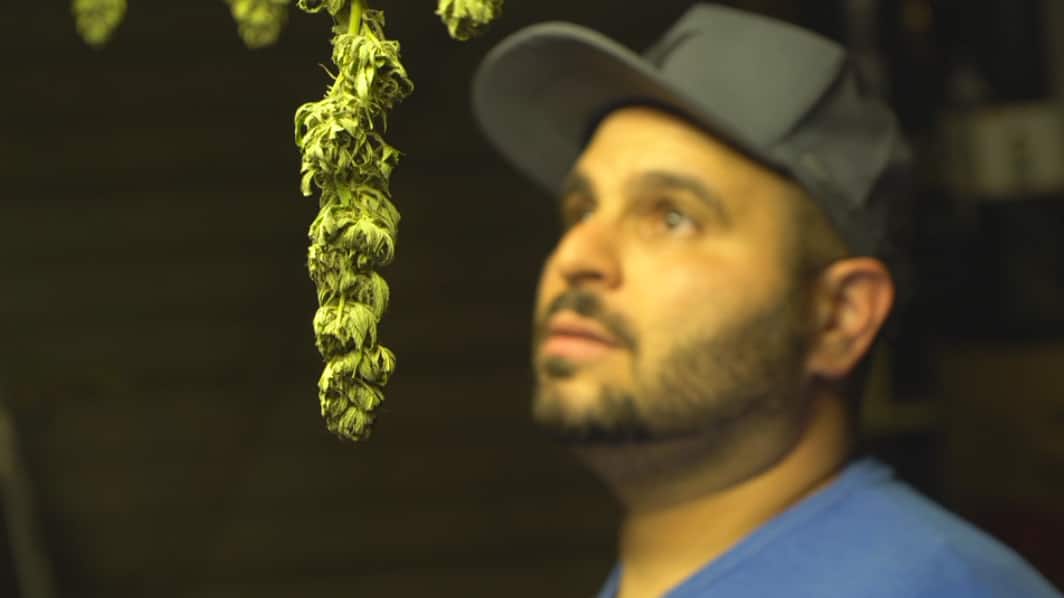 How to harvest your homegrown

27 days ago
3:30
Experienced backyard grower Luca Cosentino shares tips on getting the most out of harvesting your backyard weed. 3:30

In a garage, somewhere in London's suburbs, Luca Cosentino gingerly examines the dried buds hanging from the ceiling with his fingers before taking a deep whiff to admire the fruits of his labour.

"Blueberry gelato," he said. "This is a great strain."

Cosentino is standing below several rows of dozens of green branches, their leaves and buds curling and retreating inwards as they hang from the rafters to dry.

"This is two plants here," he said. "These were the two plants on the one side that we harvested a little early, then we have the two others. So keeping it nice and legal with the four."

For nearly a century, it was a crime to even grow small amounts of cannabis in Canada. Prime Minister Justin Trudeau changed that in October of 2018, legalizing cannabis and with it, the small scale growing of up to four plants for personal use at home.

Cannabis aficionados such as Cosentino immediately took to the new hobby. Except, with a period of prohibition so long few people know why cannabis was made illegal in the first place, knowledge about how to grow and harvest the plant is coming back into the mainstream.

Now it can be shared freely and Cosentino, an experienced grower, has agreed to share some of his best tips in the video above.