'Gross incompetence': Son of Wettlaufer victim breaks down during testimony

Closing submissions are being heard this week, capping off the four-month public portion of the inquiry into the safety and security of residents in long-term care. The inquiry was called after Wettlaufer confessed to killing eight people and harming six others while working in nursing homes in southwestern Ontario from 2007 to 2016.

Wettlaufer pleaded guilty last year and was sentenced to life in prison.

Counsel for relatives of the victims were the first to present their closing submissions before Justice Eileen Gillese when the inquiry resumed at the Elgin County Courthouse.

"I want to put this horrible chapter of my life behind me," said Andrea Silcox, daughter of James Silcox. He was Wettlaufer's first murder victim, who died in August 2007.

"Since I work in long-term care, I can't go to work without being overwhelmed by the thoughts of my dad and what events led up to his senseless death."

Silcox said private for-profit long-term care homes operate substandard to the level of public facilities and that they should be held to the same standard of care.

Arpad Horvath, son of Arpad Horvath Sr., fought back tears as he took the stand and spoke from his heart on what he experienced during the inquiry.

"I was shocked, because I thought I'd see more compassion, more wanting to have accountability, more standing up to the plate saying, 'we screwed up,'" he said.

"But I saw finger-pointing. I saw people throwing each other under the bus. I saw a lack of compassion for [victims]."

Horvath expressed his anger over what he called the incompetence of the people involved with his father's care.

His sister, Susan Horvath, also addressed the commission, calling for changes to the way patients are monitored at care homes, testing nurses for drug and alcohol consumption, and encouraged families to speak out about the care their loved ones are receiving. 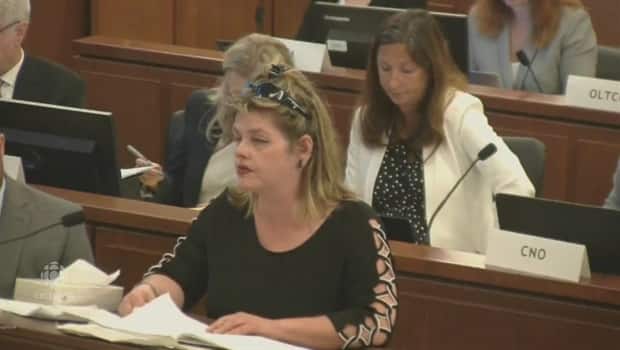 2 years agoVideo
1:38
Susan Horvath tells the Wettlaufer inquiry about changes she would like to see going forward to make care homes safer. 1:38

"This tribunal has been a very difficult part of my life," she said. "I no longer know who I am because Elizabeth Wettlaufer consumes my life."

Bertram, who was one of Wettlaufer's home-care patients, said attention needs to be paid to those in care.

"I just find it very annoying that my life is going to end in this manner," she said, "I'm 70 now and I deserve better." 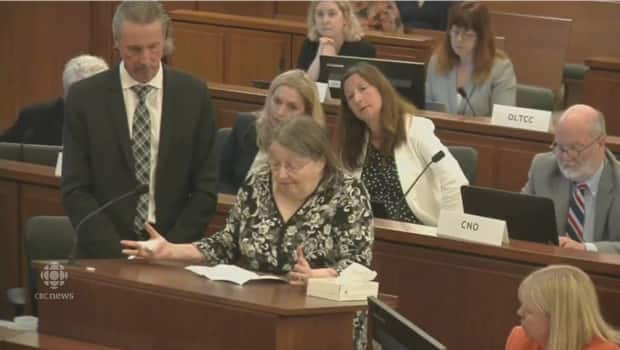 2 years agoVideo
1:24
Beverly Bertram, the only known survivor of serial killer Elizabeth Wettlaufer's attacks, talks about how the ordeal has consumed her life. 1:24

Written statements from Jon Matheson and Patricia Houde, the son and daughter-in-law of Helen Matheson, along with a joint submission from David Silcox, Daniel Silcox, Dianne Crawford and Joanne Birtch, the children of James Silcox, were read by counsel on behalf of the victims.

Ongoing issues raised by families of the victims pointed to a lack of registered nurses in long-term care homes, a lack of quality control and inadequate medication control.

Justice Gillese thanked the victim's families for sharing their testimony.

"I know you know that it's been a very emotional journey for the people in this room, but of course it does not compare to the pain and suffering that you have endured as a result of the offences," she said.

"I truly wish we were not here. I wish the offences had never occurred."

Hearing pain of loved ones important

The public inquiry has heard from dozens of witnesses and has put the spotlight on facilities that are understaffed, with nurses who are overworked and dealing with residents with complex care needs.

Wettlaufer worked in such facilities. The inquiry has heard she was, by many accounts, a lazy nurse who made frequent errors, but was allowed to continue working, at least in part, because it's difficult to recruit and retain registered nurses.

Court processes such as the inquiry can be devoid of feelings, but it's important to hear from those directly impacted by Wettlaufer's crimes, said lawyer Alex Van Kralingen, who represents a group of individuals related to Wettlaufer's victims.

"There is somebody at the end of every data point that the Ministry of Health gets. It's a person, lying in a bed, with a family that loves them. And if that person is taken away in a violent manner, as Ms. Wettlaufer did, it is going to have a profound impact on the people who loved that person in that long-term care home. And we can't properly address the issues unless we properly understand their pain.

"Capturing the amount of pain these people have gone through is not going to be easy," he said. "But I actually think it's very important to have those emotions … be shown to all Ontarians if they're going to understand the stakes and the significance of the issue."

Van Kralingen was first to deliver his closing submission before the commission.

"This inquiry has highlighted that there are a plethora of systemic issues, each of them interacting with the others, with their impact being greater than the sum of their parts," he said.

"What the victims' groups believe is that in the same way that the systemic problems are dynamic and interact with each other, so can be the solutions."

Van Kralingen said long-term care facilities need to work to provide a more dignified experience for their patients and strive for better care outcomes. He also raised the issue of establishing a nurse to patient ratio.

"The nursing ratios that we heard about during the course of these hearings would be shocking to any Ontarian," he said. "It is undisputed that when Ms. Wettlaufer worked, she was the only RN working with up to as many as 99 residents."

Lawyer Paul Scott, who represents some of the families of Wettlaufer's victims, reiterated Van Krailingen's remarks.

"We would respectfully suggest that experts need to be put together who can examine, based on an acuity level and volume of residents, what is an appropriate staffing level?"

The inquiry heard that legislation says the minimum level of care is one registered nurse for 160 patients.

One of the key demands includes a mandatory inspection of human resources files of any employee who has been disciplined in a long-term care facility. That will be important because a Ministry of Health and Long-Term Care witness testified she regrets not looking at Wettlaufer's file, because it contained red flags that potentially could have prevented her from working again after Meadow Park.

David Golden, the lawyer representing Caressant Care in Woodstock, began his closing submission by arguing there couldn't have been any way to detect Wettlaufer.

"At no time, did any of the registered nurses, or other health care workers, managers, physicians, residents, families associated with Caressant Care Woodstock ever suspect that Elizabeth Wettlaufer was intentionally harming residents," he said.

Golden added the ministry, the union and the college that represented Wettlaufer had also never suspected that she was intentionally harming residents.

He said all the people who have a hand in long-term care need to come together to improve the system.

"Despite good intentions, there will be no improvement in this sector unless all of the players commit to working together to make it a more satisfying and attractive career choice for health-care workers," he said.

Golden admitted that Caressant Care was noncompliant with some legislation, but said that patients were still cared for.

"This is not a home where residents were being ignored," he said.

"Were mistakes being made? Yes. Could the home be criticized for not complying with Long-Term Care Homes Act? Yes. But at the end of the day, there was, at the core, a commitment do right by their residents."

Ontario PC Premier Doug Ford has promised 30,000 new long-term care beds in the province, but there is concern about quality over quantity of care.

The inquiry is also expected to hear about facilities' budget constraints that prevent them from spending public funds where they feel it is necessary.

Any recommendations coming from the inquiry are non-binding, which means it can't force care facilities to adopt or change practices and policies.