Three members of the transgender community in London shared what life has been like since the pandemic started.

Challenges include a delay in surgeries, reduced access to care and overcoming isolation

This week, CBC London spoke with three members of the transgender community in London to discover what life has been like for them since the pandemic started.

Here's some of what they told us.

NOTE: The following discussions were edited for length and clarity.

What has life been like since the pandemic started?

Awkward honestly. It did kind of cause a lot of anxiety for me about my top surgery because I wasn't sure if that was actually going to happen. I think I'm actually one of the lucky few first people who didn't have their surgeries postponed.

What supports do you feel are lacking?

Social honestly. It sucks to not be able to see people that I can exchange experiences with. Obviously, we have the Facebook group that we're able to post and share things. I was able to reach out and be like, 'Hey, my surgery's happening.'

I'm not a super extroverted type person, but it was really nice to go to events every now and then that were aimed at trans people or the LGBTQ community and just kind of find people that I have that in common with. 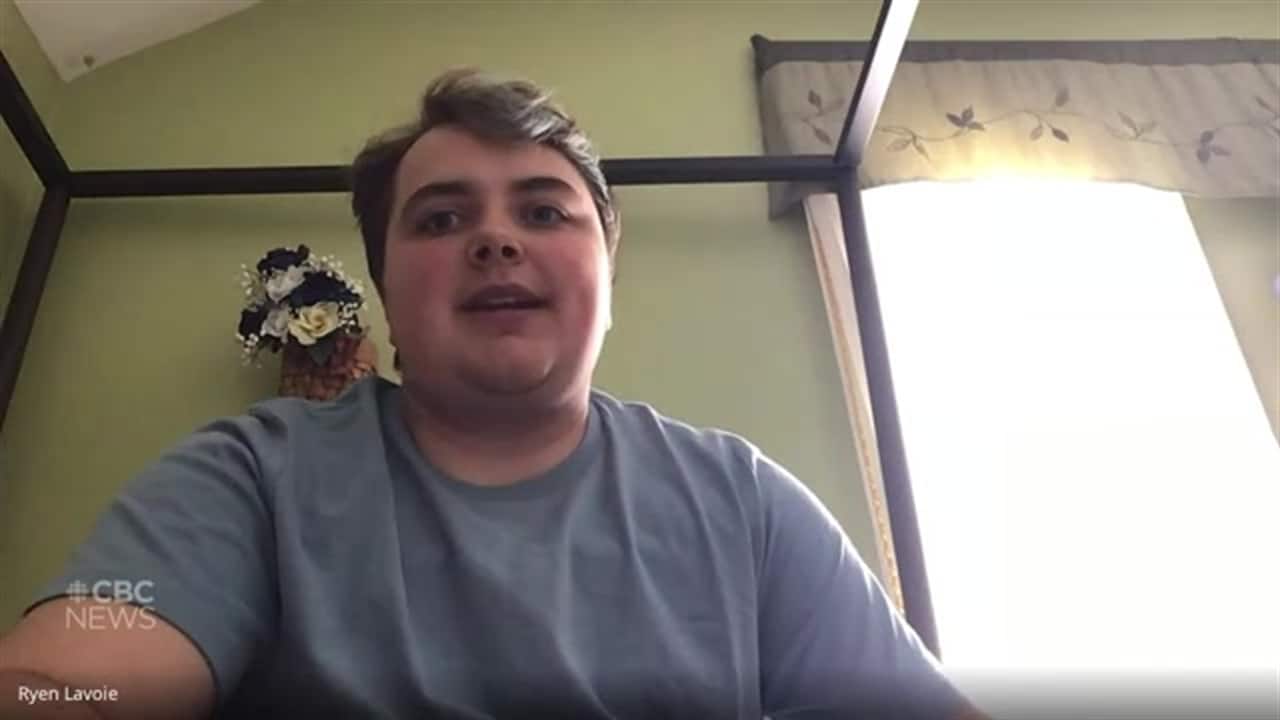 Life since the pandemic started

3 months ago
1:14
Ryen Lavoie says life during the pandemic has been strange. He says he felt a lot of anxiety about his top surgery, which he underwent a few weeks ago at the Gender Reassignment Surgery clinic in Montreal.  1:14

It's Pride week in London. What are you doing to celebrate?

It's already Pride week? Wow. You know what I had no clue. I saw some things online, and I was like, oh, it's just coming up. No, it's here... Just before my surgery we put a Pride flag up in front of the house, which is nice. Not a trans Pride flag, a gay Pride flag. But you know, same energy for me.

What has been the hardest part of the pandemic?

As far as the pandemic goes, it's difficult because I don't get to see the people I used to see regularly. However, I do still connect online on Zoom. We've begun having some social distancing visits, which is nice.

Just before everything went to fluey, I had applied for and received approval from OHIP. That OHIP approval was for Women's College Hospital in Toronto. I had to get my doctors to send in approvals, the letters of reference and all that kind of stuff. That all got done in February and then nothing. Just nothing.

I sent off an e-mail to Women's College Hospital. I said I didn't want to fall through the cracks, and I realized things are what they are, with Toronto being a hotspot. They told me they had received the paperwork and once they get back to normal, they'll get a hold of me and will set up an appointment. 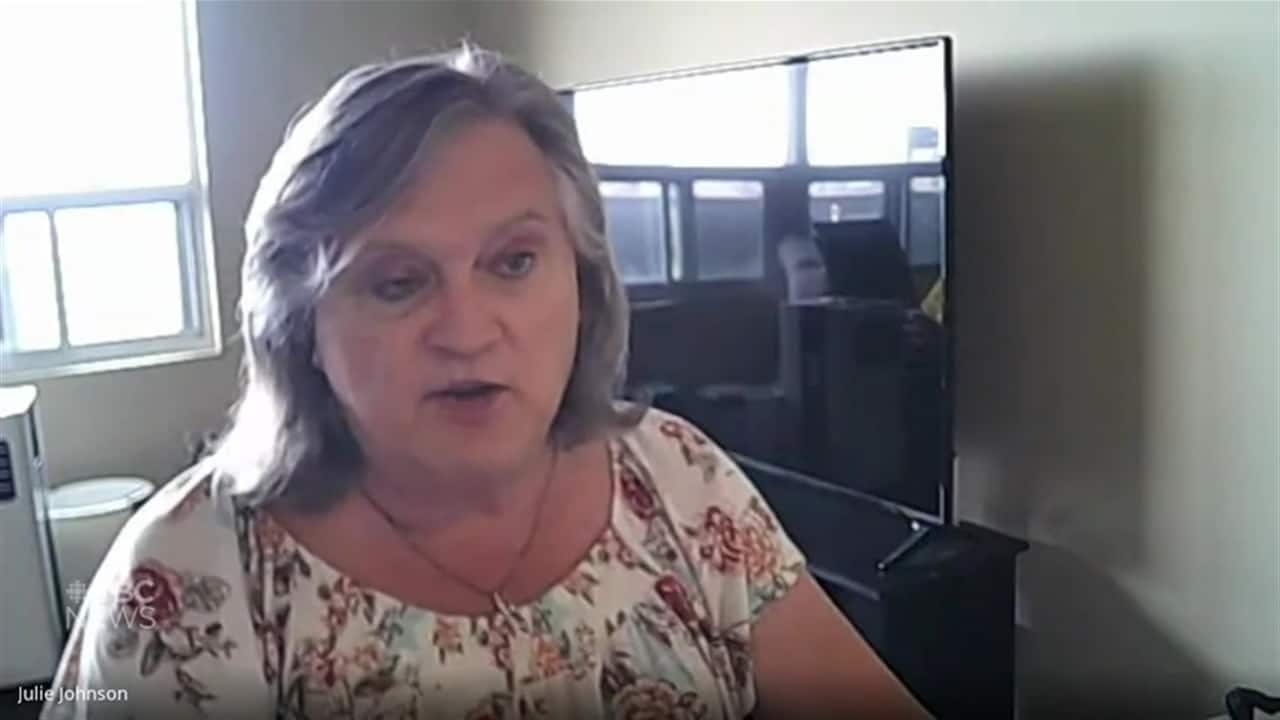 Seeing the good in tough times

3 months ago
1:06
As difficult as the pandemic has been for Julie Johnson, she continues to enjoy living her life because she's finally able to live as herself. She does miss seeing her friends but still manages to connect with them online through Zoom. 1:06

What do you miss most?

The most difficult things for me with this COVID thing, just for my day-to-day life and stuff is, I can't go and do aquafit. I love that. I started doing it about two months before everything shut down and it was so much fun.

How are you celebrating Pride week this year?

Well, there's a thing for, I think it's called My Transgender Place or Our Transgender Place. It's people who have submitted things via audio, video and it's going to be broadcast at 7 p.m. on the 26th.

What challenges have you faced since the pandemic started?

I'm a very lonely and very alone person and being transgender doesn't make it any easier. With COVID, I haven't been out of the house in over four months. I don't have anyone, so no one calls me and says, 'Hey Trace, want to go for a walk or something?' So, I don't have anything. My coping mechanism is I go to bed. I go to bed about 7 o'clock at night.

Have you received any supports?

I've received no support from PFLAG , from Trans London, anyone. I still have yet to receive a single e-mail from anyone in my community saying, 'Hey Trace how are you doing?' Not a single one. I'm not saying that I'm all wonderful, but I know that I'm a pretty decent person. 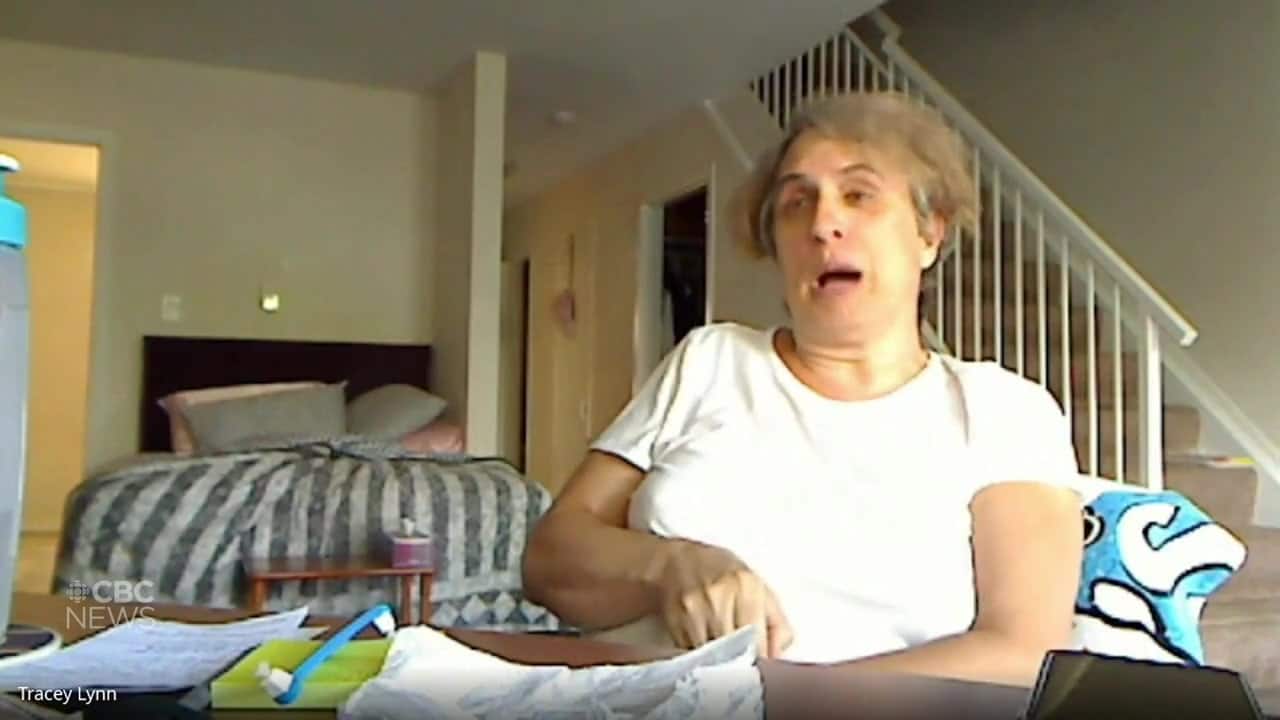 No one to reach out to

3 months ago
0:42
Life for Tracey Prete has been anything but easy. Since the pandemic struck London, she hasn't left the house. She says some days are hard and having no one to reach out to makes it even more difficult. 0:42

Are you participating in any virtual events for Pride week?

I attended some of the Strathroy events.

I support my community here [touches heart]. If I don't attend something because maybe anxiety or because of COVID, does not mean I don't support it any less. Some people think that's a negative thing. But I will say that I've never felt welcome.