Senior enforcement officials from the Canada Revenue Agency were treated to private receptions at an exclusive Ottawa club, hosted by a small group of influential tax accountants that included personnel from KPMG — even as the firm was facing a CRA probe for running a $130-million tax dodge in the Isle of Man. 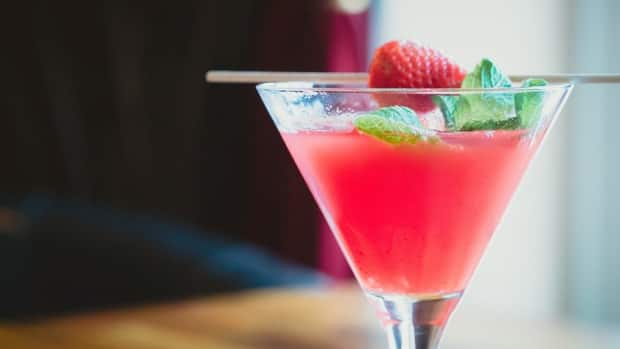 5 years ago
2:03
Senior enforcement officials from the Canada Revenue Agency were treated to private receptions at the Rideau Club by a small group of influential tax accountants that included personnel from KPMG 2:03

Senior enforcement officials from the Canada Revenue Agency were treated to private receptions at an exclusive Ottawa club, hosted by a small group of influential tax accountants that included personnel from KPMG — even as the firm was facing a CRA probe for running a $130-million tax dodge in the Isle of Man.

The two soirees took place at the posh Rideau Club in 2014 and 2015, at the same time Canada's tax agency was in confidential talks with KPMG over its refusal to hand over the names of its multimillionaire clients who used the offshore scheme.

The CRA wouldn't confirm who attended the events, and none of the known industry or government attendees contacted by CBC News would talk about them. The Rideau Club operates under a code known as the "Chatham House Rules": to encourage open discussion, you can't reveal what others say at meetings.

The CRA also has strict dictates against wining and dining its staff: Employees must "not accept gifts, hospitality, or other benefits that will, or could, have a real, apparent or potential influence on your objectivity and neutrality in performing your CRA duties." Gifts of alcohol are banned, and anything worth more than $50 must be flagged.

The agency wouldn't answer specific questions about what hospitality was offered at the Rideau Club, where the menus for private receptions at the time included such sumptuous fare as scallop ceviche, duck rillettes crostini and herb-roasted rack of lamb.

The CRA insists that the KPMG tax dodge case wasn't discussed at either reception, and that none of its staff involved in the file were scheduled to attend.

Duff Conacher, co-founder of Democracy Watch and a visiting professor who lectures on government ethics at the University of Ottawa, said that — whatever was discussed — CRA enforcement officials should not have attended a private reception paid for by the industry they are regulating.

"The public has a right to know what their employees are doing in order to be able to judge whether government officials are acting properly and upholding the public interest or acting improperly and unethically," he said.

The first Rideau Club event took place June 5, 2014.  A copy of the invitation, obtained by CBC News under the Access to Information Act, states that more than 20 high-ranking CRA executives — several from the agency's compliance division — were not only invited but "required" by the CRA to attend. Earlier that day, CRA staff were also hosted at a luncheon — the agency won't say where — by the same industry group, followed by a two-hour meeting where they were lobbied on a variety of policy topics.

CPA Canada had itself become involved in the CRA's court case against KPMG, seeking to oppose "in principle" the federal government's pursuit of information about the firm's wealthy offshore clients and not, it said, to support those clients' use of a tax dodge. The association says it was fighting to preserve Canadians' right to independent, confidential tax advice from accountants. The case went dormant before CPA Canada could get status as an intervenor, and 18 months later, the CRA made a secret out-of-court amnesty proposal offering "no penalties" to KPMG's clients.

In an interview, CRA assistant commissioner Ted Gallivan said that the hospitality for both CPA Canada receptions was within the limits for the tax agency's employees. When pressed for details, the CRA did not provide any accounting of how it came to that conclusion.

In a later email, spokesperson Philippe Brideau said the rules state it is up to individual CRA staff to judge on their own whether hospitality they receive contravenes the guidelines. He also said it would be "impractical" for CRA employees to inquire about the nature of the hospitality before it happened.

Gallivan also said the Rideau Club receptions have to be seen in the context of the earlier lobbying meetings that day.

"It's not some random Friday where we all decide to get together," he said. "There's a full business meeting where we're discussing policy, practices, approaches.

"We try to have a culture in CRA where executives are trying to be responsive to the citizens that we serve, which includes large accounting firms. I don't think it's a problem."

Prof. Luc Bégin, director of the Institute of Applied Ethics at Laval University in Quebec City, said the private receptions — whose hosts included KPMG executives — should not have been allowed.

"If we're talking about accounting firms that the Canada Revenue Agency is probing, I don't see how you can defend these people being together in this place," Begin said.

The Rideau Club gatherings were not the only industry-funded events attended by government tax officials.

CBC News has documented more than 50 hospitality events, including "tailgate parties," "cocktails" and "food and drinks" at numerous tax industry conferences since 2010. The events were attended by CRA executives and employees, and sponsored and paid for by tax industry associations and accounting and law firms across the country — the very firms the agency is responsible for regulating, auditing and, on occasion, penalizing. Most of the receptions took place during conferences attended by personnel from the private tax industry and government.

The sponsors include two Toronto law firms connected to the KPMG case. Osler, which began hosting events as far back as 2010, took on KPMG as a client in 2013, defending it against the Canada Revenue Agency's court action. Another Bay Street firm, Dentons, has sponsored tailgate parties for each of the last five years and in court documents is said to have provided legal advice as KPMG set up its offshore scheme.

A former Department of Justice lawyer, who now works for an accounting firm,  said the presence of government officials at these receptions is a good thing and allows more informal networking than the conference's daytime panels.

"If you go to those cocktails, it's not about to talk about files. I've never seen that happen," said the lawyer, who spoke on the condition of anonymity.

"It's about meeting maybe somebody that you talked to on the phone but you've never seen. It's just about fostering… good working relationships."

Robin Benger, an independent documentary producer who directed The Great Canadian Tax Dodge for TVOntario, investigated the tax industry for more than three years and attended a 2013 Canadian Tax Foundation conference. After listening to speeches by both government and industry tax officials, he said, he vividly recalls the Osler reception at the Royal Conservatory of Music in Toronto.

"CRA top people" attended the party, he said. "They were being plied with drinks and getting on roaringly with all the tax lawyers and accountants."

Benger says he was "stunned" by the relationship he observed between the tax law companies, the accountants and the CRA. He argues the "rule makers" were too close to "rule twisters."

Osler and Dentons both declined to comment to CBC News.

Benger also recalled seeing KPMG's head of tax, Elio Luongo, speaking privately to CRA Commissioner Treusch after Treusch gave a speech to the delegates on the last day of the 2013 convention.

In a statement, the CRA said that its officials acted with integrity at all times. "CRA officials who attended the receptions did not intervene in the decision­making on the KPMG file," the statement reads.

For his part, Treusch said he has not had any conversations about the KPMG case with any officials from the firm.

"I have never discussed the KPMG litigation, including any negotiations that may have occurred in relation to that litigation, with any representative of KPMG at any time."