A senior tax enforcer left the Canada Revenue Agency and joined the upper echelons of KPMG at the same time as the government was pursuing the accounting firm in court, alleging it had set up a deceptive offshore "sham" to help wealthy clients avoid tax. 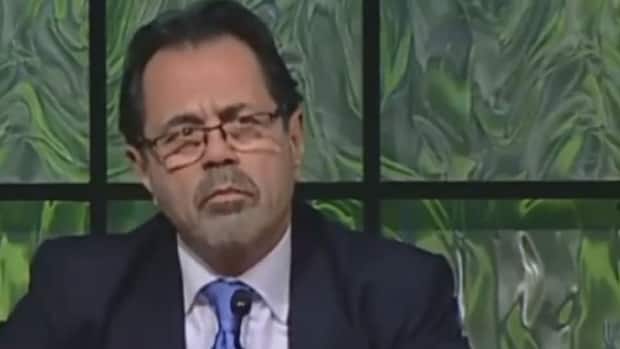 5 years ago
4:41
Jeff Sadrian joins KPMG as its offshore 'sham' was under tax probe, and may have violated Canada Revenue Agency's 1-year cooling off period, insiders say 4:41

A senior tax enforcer left the Canada Revenue Agency and joined the upper echelons of KPMG at the same time as the government was pursuing the accounting firm in court, alleging it had set up a deceptive offshore "sham" to help wealthy clients avoid tax.

Jeff Sadrian, who until last July was an executive in the CRA's compliance division, began working as a senior adviser for KPMG in "tax litigation and dispute resolution" in October — a move that appears to have violated the agency's post-employment cooling off period, government sources say.

"It sure looks like a conflict of interest to me and likely to the public," a CRA source told CBC News on condition of anonymity. "KPMG in particular is a very aggressive firm selling schemes to avoid taxes."

Equally concerning, the source said, is that Sadrian "would know where the government is vulnerable" in its Federal Court action against KPMG.

KPMG hired the 30-year CRA veteran at the same time that the tax agency was resurrecting legal efforts to force the accounting giant to hand over the names of the wealthy Canadians who used its offshore scheme, which involved setting up shell corporations in the Isle of Man.

As a new member of KPMG's tax litigation and dispute resolution team, Sadrian would be dealing with his former federal colleagues — but now from the opposite side.

Word of Sadrian's new job at KPMG raised concerns within the CRA, several sources told CBC News. A message went out last fall "not to socialize" with their former colleague, CBC News was told.

In fact, KPMG and other large accounting firms routinely recruited senior CRA compliance personnel and Department of Justice tax officials in the past 15 years, a CBC News investigation has found, as dozens of officials once tasked with oversight, audits or investigations of accounting firms and their clients switched sides to work for them.

The CRA declined to answer specific questions about whether Sadrian broke the tax agency's post-employment rules, or whether there had been a review of his employment.

In an email to CBC News, CRA spokesperson Philippe Brideau said former executives must not accept employment with "an entity" with which they had "significant" dealings while at the agency for a period of at least a year after they leave.

Brideau added that in addition to the cooling off period, former staff are governed by their oath of office, which prevents them from ever discussing "any information" they acquired from their time at CRA that is not publicly available.

Duff Conacher, a visiting professor on government and ethics at the University of Ottawa and co-founder of Democracy Watch, said the CRA has no way of tracking if a former employee has broken that oath, since they would have already left the agency.

"What's the penalty if you violate that? You're fired? Uh, you're not there anymore," Conacher said. "You don't lose your pension. There's nothing."

Rules 'have not been respected'

In an on-camera interview with CBC News, Ted Gallivan, a CRA assistant commissioner, said it could actually be advantageous for former agency executives to go work in the private sector.

"For somebody at headquarters or in the field who is very knowledgeable in terms of tax law and then going out into the general area accounting to help taxpayers, you know that's actually healthy for the tax regime, it's actually beneficial to have people who understand the rules and help Canadians follow the rules."

KPMG, in an email, said that it "does not publicly disclose details" on its hiring practices, but that they "always ensure" that any new person hired meets all legal and regulatory commitments to their former employers.

A CRA source told CBC News that Sadrian still should never have been able to go work for KPMG so quickly.

"Jeff has intimate knowledge of nearly all cases in the Large Business program in Canada and has now been recruited by KPMG…. The rules to not work in the industry for one year after departure have not been respected," the source said.

Conacher says he believes accounting firms are hiring CRA officials "to give advice to them using information that is not publicly available."

Another CRA insider said there appears to be a double-standard at the agency for high-ranking executives who join private industry compared to other employees. Headquarters is "always beating the drum of values and ethics," the source said, after learning of Sadrian's departure. "I don't know that it necessarily applies as readily to them."

Sadrian 'not part of any substantive discussion' on KPMG case

The CRA also said Sadrian, who worked on compliance files relating to international and large business matters, had no involvement in the agency's KPMG probe, which was run out of the offshore compliance division.

"To the very best of our knowledge, Mr. Sadrian not only had no responsibility for this [KPMG] file but he was not part of any substantive discussion of the file," CRA spokesperson Brideau said. "No one but Mr. Sadrian can speak to questions about what he was or was not aware of, and we suggest you direct that question to him."

Sadrian did not return emails or phone calls to his KPMG office.

A former CRA official  told CBC News that while he had no direct knowledge, someone in Sadrian's position normally would have known about a case as high profile as KPMG. "Oh sure, yeah sure," the official said, adding that the case would have been discussed high up the chain of command at the CRA.

At the same time as the agency was probing the KPMG Isle of Man tax dodge, Sadrian appeared on a panel alongside Elio Luongo who, as the KPMG's head of tax, was named in the government's court case against KPMG.

It was 2013, shortly after the court case was put on hold for out-of-court discussions. Sadrian and Luongo appeared together on a panel at the Canadian Tax Foundation's annual conference. The two men were part of a discussion that dealt, in part, with international offshore tax evasion.

"Sometimes when we see a file, I don't know if it's tax evasion or tax avoidance so I just call it tax 'avoid-sion' — it's a combo," Sadrian told the audience of assembled tax lawyers, accountants and government officials.

Sadrian praised Luongo as a "collaborative" intermediary and for his work with the Organization for Economic Co-operation and Development — a Paris-based organization that is working to address international tax evasion, among other economic issues.

"Elio has been very active with OECD in his capacity as a large four (accounting firm)," Sadrian said.

Two years after the CRA executive appeared on that panel alongside Luongo, Sadrian would end up working for him.

In moving to KPMG, Sadrian joined another onetime top CRA executive, Paul Lynch, a former acting assistant commissioner who joined the accounting firm in May 2010 — straight from the CRA. Today they both work on the same topics: tax litigation and dispute resolution at KPMG.

The University of Ottawa's Conacher says these two cases, and other recent examples of CRA executives moving to industry, convince him the tax agency should strengthen their post-employment rules.

"It should be also a multi-year cooling off period," he said. He also suggested the federal integrity commissioner should audit post-employment practices at the CRA.