Why the University of Waterloo churns out poker stars

The University of Waterloo has a reputation for excellence in engineering, math and science. But it turns out the school is also known in the professional poker world for breeding successful world-class players.

Poker culture at university credited for success of professional players 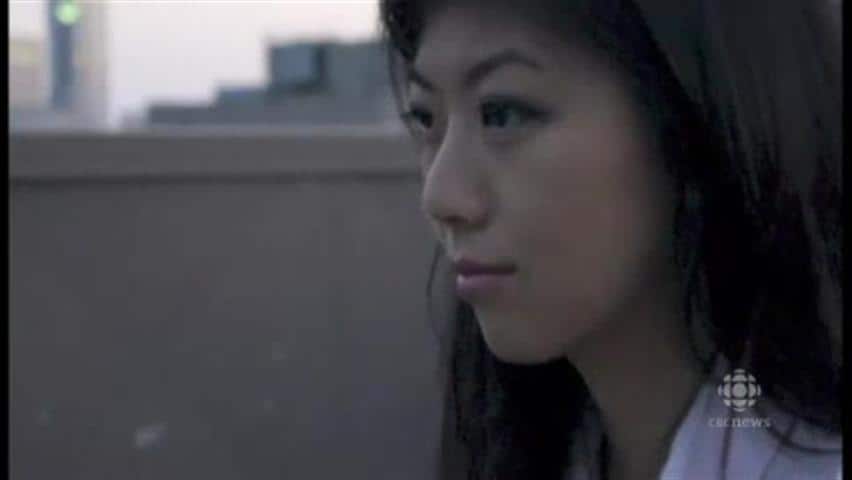 7 years ago
2:20
Two University of Waterloo graduates reflect on their success at professional poker, and one current student muses about making it big. 2:20

Ask a University of Waterloo student what the school is known for and chances are they’ll mention engineering, math or science, or even all three.

But the school also happens to be a perfect incubator for another kind of expertise – poker.

Some former Waterloo students have parlayed their poker skills into spots at high-stakes tables in tournaments around the world, winning pots in the hundreds of thousands or even millions of dollars.

We wanted an alternative lifestyle. We saw something bigger that was possible.- Xuan Liu, professional poker player and University of Waterloo graduate

The university even publishes updates on alumni victories on its website and social media.

Among the successes are players such as Mike Watson, whose live winnings total about $6.8 million; Will Ma, who taught a for-credit class in poker at M.I.T. earlier this year; and Xuan Liu, named one of the World Poker Tour’s “Ones To Watch” in August.

“Playing so much poker and studying poker so much in college definitely made me a terrible student. I missed a lot of classes, improving on my poker game,” said Liu.

She says as a child in China she was always interested in games such as mah-jong, but poker caught her attention around 2003 at the University of Waterloo.

That was about the time when poker began to enter the public consciousness in a big way. The World Poker Tour began in late 2002, airing on the Travel Channel.

In 2003, a then-unknown amateur named Chris Moneymaker won the main event of the World Series of Poker in Las Vegas – and a $2.5-million US jackpot.

Moneymaker qualified for the main event by winning online and qualifying for a feeder tournament, and then winning that tournament to get entry to the WSOP. His win inspired other amateurs to imagine winning big money at top tournaments on television – a phenomenon dubbed “the Moneymaker effect.”

It was around that time that Liu, like some of her poker-playing peers, decided that student life wasn’t enough for her.

“We wanted an alternative lifestyle. We saw something bigger that was possible. And given the economy at the time, when we were students and even right now, I think it was important and valuable for us to take certain risks.”

Mike McDonald, 23, took a similar path. After entering the University of Waterloo at age 17, he took a risk by dropping out after three terms to play poker.

“I love competition, I love just the idea of basically just trying to outsmart your opponents and hopefully get paid for that. I love the fact that I get to travel so much. Financially, I’ve done pretty well. There’s a bunch of reasons I keep playing poker,” said McDonald.

McDonald has won $5.5 million in live tournaments. He did not disclose how much he’s earned online because he prefers to play under pseudonyms.

McDonald was studying to be an actuary before he left school to pursue poker full-time, and after a few difficult months won the PokerStars EPT German Open in 2008, banking about $1.3 million.

Why Waterloo is a poker hotbed

Players who got their start in Waterloo say there are several factors that make it a poker mecca.

Most of the best online players are quite young, early twenties is even getting into the old stage.- Steve Paul-Ambrose, former professional poker player and University of Waterloo graduate

First, there are a large number of undergrad students majoring in math or math-related subjects, who want to apply their learning in the real world.

Paul-Ambrose says once a few players became successful, it encouraged others to also take a chance.

“I met a lot of other people who were playing poker, so we all talked about poker a lot. I know that after I left Waterloo, that continued and expanded. So yeah, I do think that having some people be successful as well as having a very large group of intelligent people definitely helped,” said Paul-Ambrose.

That’s a view echoed by Will Ma, who taught a for-credit poker studies class at the Massachusetts Institute of Technology.

Ma says Waterloo has about four times the number of undergraduate students that M.I.T. has, and those are the students most likely to play high-stakes poker.

Second, youth seems to be another key component to poker success.

“If you look at the top poker players in the world, a gigantic number of them are 18- to 25-year-olds who basically just don’t really know the value of a dollar,” said McDonald, who said he himself looked at his big win at age 18 in terms of points, not dollars.

Another reason is that online poker is now illegal in the United States, and has been that way since 2011.

“That’s a huge detracting factor,” says Will Ma, when asked to compare poker culture at M.I.T., where he taught his course in poker, and UW.

And finally, according to some, there’s not much else to do in Waterloo during the winter.

“Being in a small town and the fact that in the winter it snows a lot I think is a pretty big factor,” said Ma, who noted that if UW were in a bigger city, poker may not have been so attractive to him.

“I think the fact that you’re just inside a lot more is very relevant than say if we were in Los Angeles or something.”

What’s next for Waterloo poker

Paul-Ambrose, who turned 30 earlier this year, has already largely stepped back from poker full-time.

“When I started playing, there were a lot of recreational players relative to the number of serious players. That ratio has changed significantly. It takes a lot more talent and hard work than it used to, to make a living at poker for sure.”

“Most of the best online players are quite young, early twenties is even getting into the old stage,” said Paul-Ambrose.

According to Mike McDonald, many of the star players who went to UW have since moved away over the last several years.

That exodus is echoed in the history of the UW Poker Studies Club.

Though the club is packed with members now, there was a time in around 2005 when it died out because everyone involved graduated.

Arush Kuthiala says in 2008, he and his friends decided to start it up again. And he says whenever he sees people from the club playing on TV he feels plenty of pride in the school’s legacy.

“There’s people here that you may see some day on that screen too, so just keep your eyes open I guess.”