A Waterloo, Ont., union that paid 23 of its members to be props at a federal Liberal Party election announcement in September has agreed not to do it again following an investigation by the Commissioner of Canada Elections.

A Waterloo, Ont., union that paid 23 of its members to be props at a federal Liberal Party election announcement in September has agreed not to do it again following an investigation by the Commissioner of Canada Elections.

During a Sept. 15 rally, the United Association of Journeymen and Apprentices of the Plumbing and Pipe Fitting Industry of the United States and Canada, Local 527, paid workers $100 each to stand behind Liberal Leader Justin Trudeau while he announced his party would invest $750 million for training programs for skilled workers.

But the commissioner said paying the workers to be there was just like making a donation to the Liberals of $2,300. The Canada Elections Act prohibits any person or entity other than a Canadian citizen or permanent resident from making a political donation.

The Liberal Party was not aware the union was paying members to be at the event, the commissioner said, but has since turned $2,300 over to the receiver general. 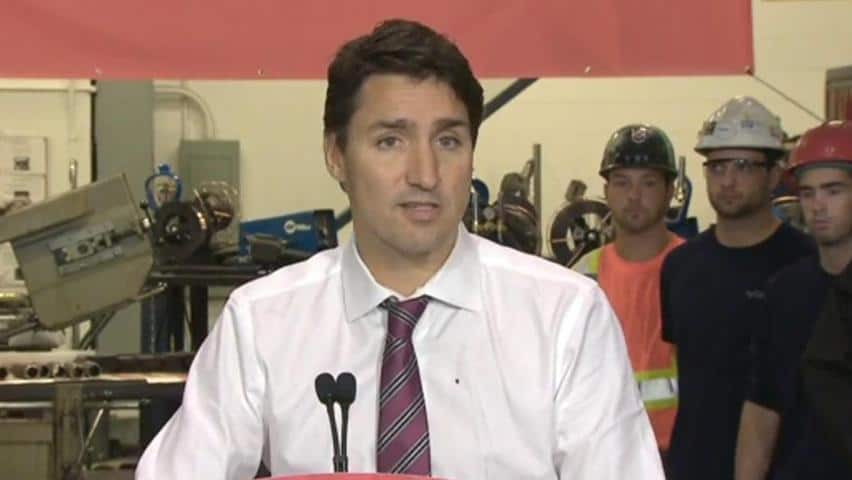 The agreement says the union co-operated "fully and in good faith" with the investigation and provided information about the payment of per diems to members who attended the event.

Trudeau visited the union-run training facility for plumbers and steamfitters to make the announcement. At the time, Trudeau also said a Liberal government would put aside $25 million per year for new training facilities, and work with employers and the labour sector to boost apprenticeship opportunities on federal infrastructure projects.

"At the very moment this was brought to our attention the party followed the law, reimbursed the receiver general and the appropriate union signed a compliance agreement with the commissioner," Government House Leader Dominic LeBlanc told the House of Commons today. "That's something the members opposite had a very difficult time doing." 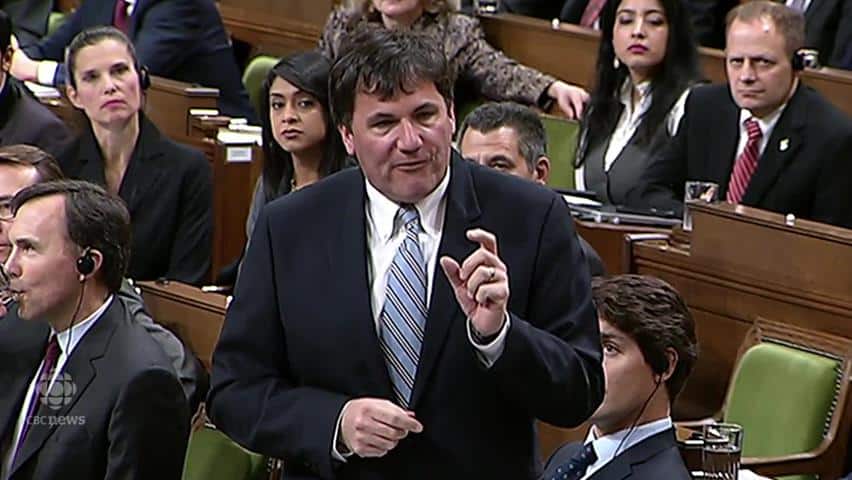 5 years agoVideo
1:17
Liberal House Leader Dominic LeBlanc responds to questions about a union that paid it's members to be props during a campaign stop. 1:17

A press release announcing the compliance agreement was sent out on the same morning the Liberal government tabled legislation in the House of Commons to repeal two controversial laws passed by the previous Conservative government that were problematic for the labour movement.

Speaking on CBC News Network's Power & Politics Thursday, Employment Minister MaryAnn Mihychuk said that it was "very surprising" that both of these things landed on the same day.