Many of the people the men confronted were young women crossing at the corner of King and University, said Karen Nancarrow, who was stopped at a light when the men started to yell at her from the sidewalk.

"The first thing they asked me is: 'Are you a Christian?' And I just ignored them. And not having responded affirmatively, they started yelling at me. They started calling me all all kinds of lovely names. They called me a whore, they called me a prostitute," Nancarrow told CBC K-W's The Morning Edition host Craig Norris.

Nancarrow said the men told her she should "be home serving [her] husband's needs" instead of working or running errands.

"It rattled me a bit," she said, and decided to pull over to collect her thoughts. She said she watched from a distance as the men continued to do the same to other women, she decided to call WRPS.

As she waited for police to arrive, Nancarrow picked a spot down the sidewalk and warned approaching women to avoid the men. That is, she says, until she saw the men focus more intensely on a group of three young women who appeared to be in their early 20s — the same age as Nancarrow's own daughters.

'I felt my mama bear come out'

"I saw them really berating them, and the women kept saying 'No, leave us alone. Stop.' And they weren't really listening, they were saying all kinds of awful things to these young girls."

So, Nancarrow said, she formed a physical barrier between the two groups.

"The girls were kind of stuck there, because they were waiting for their light. They couldn't really go anywhere," said Nancarrow. "I guess I felt my mama bear come out."

But that didn't stop the men for long, she said.

Police arrived at about 3:10 p.m., after calls about "two unwanted males" who were "walking along the sidewalk making inappropriate comments to women, while wearing placards that outlined scripture," said Const. Ashley Dietrich in an emailed statement to CBC News.

Dietrich said police are investigating to see if what the men said meets the criteria for criminal harassment charges. The men are Steven Ravbar and Matthew Carapella, of London, Ont. and have made a name for themselves in their hometown.

Between January and March this year, the city of London received more than 75 complaints about the pair. The city even amended its public nuisance bylaw as a way of dealing with Ravbar and Carapella.

It now prohibits "unnecessary interference with the use and enjoyment of public space" as a result of abusive or insulting language. It carries a fine of $750.

They have also been arrested and charged in Shreveport, La., after incidents at at least three churches. Ravbar told CBC London they paid a fine and were released.

Nancarrow said she hopes to see the men charged by Waterloo Regional Police — or fined by local bylaw.

"We're all women, just trying to get through life and do our thing. To be attacked for just being a certain gender — it's deflating."

"It looks like these guys have been doing it a long time," said Nancarrow. "So I really hope something's done about it." 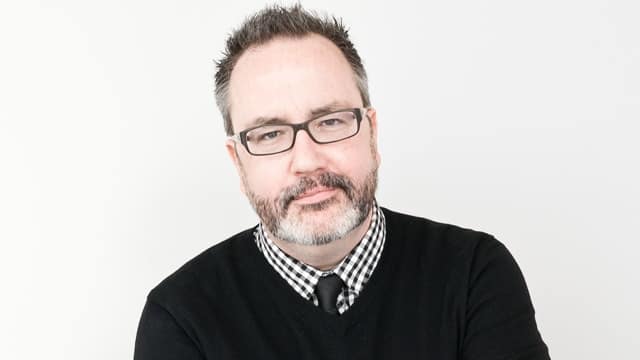 The Morning Edition - K-W0:00Notorious 'street preachers' arrive in Waterloo from London
Waterloo Regional Police are investigating after two men wearing scripture sandwich boards yelled what police call "inappropriate comments" at women on Thursday afternoon. The men are well known in London, Ont., after racking up more than 75 public complaints in the first three months of 2019. 0:00

Jackie Sharkey has worked all over the country with the CBC over the past decade, including Kelowna, Quebec City and Rankin Inlet, NU. She frequently reports on the arts and is particularly interested in stories where consumer and environmental issues intersect.