Black female swimmers have been told they cannot wear Afro swim caps at the upcoming Tokyo Olympics, a decision that impacts swimmers at all other levels, says Chantique Carey-Payne, head coach of the University of Guelph’s swimming team.

Decision impacts competitions in Canada for children as young as 10, says Chantique Carey-Payne

Black female swimmers have been told they cannot wear Afro swim caps at the upcoming Tokyo Olympics and that decision will impact swimmers at all other levels, says Chantique Carey-Payne, head coach of the University of Guelph's swimming team.

The Fédération Internationale de Natation (FINA), or the International Swimming Federation, is the governing body for swimming. FINA banned the Black-owned British brand named Soul Cap, which is specifically designed to protect the hair of Black female swimmers, from the Olympics.

According to FINA, the caps do not fit the natural form of the head, but Soul Cap rejected that excuse, saying in a post on Instagram that athletes shouldn't be forced to "choose between the sport they love and their hair."

The controversy has sparked backlash and frustration from many athletes and others on social media.

Carey-Payne shared her thoughts with CBC K-W's The Morning Edition host Craig Norris on Thursday. Below is a transcript of that interview, which has been edited for length and clarity.

CRAIG NORRIS: Black female swimmers in the Olympics are not allowed to wear the Afro swim cap. When you heard that, what was your initial reaction?

CHANTIQUE CAREY-PAYNE: Honestly, my first reaction was complete shock mostly stemming from the fact that there's no clear competitive advantage to the caps being used.

I think part of their reasoning was incredibly flawed because they stated that there's never been a need for the use of the caps. They've just never needed it and no one's ever complained about it basically beforehand. But it's also never been available.

So I think it was just a very careless statement on their part to kind of push aside a whole community's worries about their hair and swim caps and just kind of put it together as well, it's never been needed in the past, so we don't need it now.

CN: Is it something that has made its way down to university level as well? The rules are the same. How does that work?

CCP: I think that's a big part of it, too. Non-swimmers might not know, but if something is banned by the International Swimming Federation, it doesn't only affect the Olympics and the top one per cent in the sport.

It's not even just an elite sport issue. It's an issue for the entirety of the sport of swimming.

CN: Hair has always been problematic for Black people. You know, army, sports, workplace, school. As a coach, how do you create a safe space for Black female swimmers on your team?

CCP: I think a big part of it is representation and the fact that I'm a Black female myself.

I was a competitive swimmer and that I am the head coach of a team, I think that in and of itself helps a lot. In the history of Gryphon swimming, there's been a total of four Black female swimmers that I can think of from 2007 to present. So it's not very often that there are Black female swimmers.

I try my best to be the representation that I didn't see growing up in the sport so that people can recognize that it's something that Black athletes can actually do and Black females can actually take part in this sport and be successful in it.

CN: Why do you think the number has been so low historically in this sport when it comes to Black women?

CCP: I think it really just comes down to the Black community in general and it's definitely a systemic issue stemming back decades and decades, hundreds of years [ago].

If you go as far back as slavery times when white owners didn't want their Black slaves to learn how to swim because they didn't want to give them an opportunity to get away from them and that has just continued and trickled down so that the number of Black people in general learning to swim has always been incredibly low.

There's a lot of stereotypes around that, that Black people can't swim due to their bone density or muscle mass, which is also not true. And other difficulties such as the hair issue.

But it just it's started from so long ago and we, as a sport, haven't done a good enough job at trying to rectify that and making it a more welcoming place.

CN: If there was a young Black person out there right now and they're listening, thinking of getting into swimming or varsity sports, or sports in general, what would you want to say to them?

CCP: More than anything, do it. I think sport is amazing for any and every human being. It teaches us so much, but definitely don't let anybody tell you you can't do it even if you don't see yourself there.

Black people may not be prevalent in every sport, but it doesn't mean we can't do it and I think I've proven that. A lot of Black athletes around the world are continuing to prove that every single day. So, if you're passionate about it, absolutely go do it. Don't let anything get in your way. 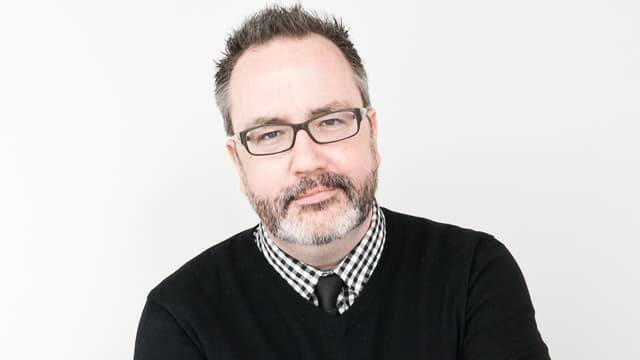 The Morning Edition - K-W7:29Discussing anti-Blackness in Olympics and sports with University of Guelph's swimming head coach