University of Waterloo pharmacy graduates are currently waiting to write their certification exam, which have been delayed due to COVID-19. Ryan Todd Pelletier says many students face financial difficulties because they can’t earn a full salary without the certification.

University of Waterloo pharmacy graduates waiting to write their certification exam say they are facing financial difficulties because they can't practise independently or earn a full salary..

The Objective Structured Clinical Examination (OSCE) — an interactive test that simulates real-life interactions between a pharmacist and a patient — has been postponed multiple times because of COVID-19.

Ryan Todd Pelletier, a recent pharmacy graduate at the University of Waterloo, says he's currently a pharmacist intern at a Strathroy, Ont., pharmacy. He said interns are paid only about half or one third of the wages they'd expect to make, even though interns essentially do similar tasks as pharmacists.

"The main concern that's causing a lot of stress and frustration for my classmates and those at University of Toronto is the fact that it costs a lot of money to go to pharmacy school, a lot of us are in debt, I'd say up to $100,000 to $150,000 dollars," Pelletier told CBC Kitchener-Waterloo's The Morning Edition.

"So, it was a big blow to not be able to write our full board exams when we thought we'd be able to because we do have loans to pay."

Exam cancelled across the country twice

The OSCE is the final hurdle in becoming a registered pharmacist in Canada.

The exam was cancelled across the country in May, with a new date set for Nov. 8. But just days before, most grads in Ontario found out it had been postponed again. One test was held in Waterloo for a limited number of students.

But Pelletier said pharmacy graduates are struggling and are having difficulties meeting their obligations.

"A lot of us have loans either through OSAP or other banks like Scotiabank or RBC and as of right now, there are no relief measures in place for us to have any help in paying back those loans," he said. "We're unfortunately waiting to make our wage that we thought we'd be making as full-time pharmacists."

He said he's hearing from other that it's causing them a lot of stress, especially for people without family support.

"People are in trouble financially without any assistance in place or without conditional licensure to help us make a bit more money to make the minimum payments on our student loans," Pelletier added.

Watch: COVID-19 increases strain on pharmacists on CBC's The National: 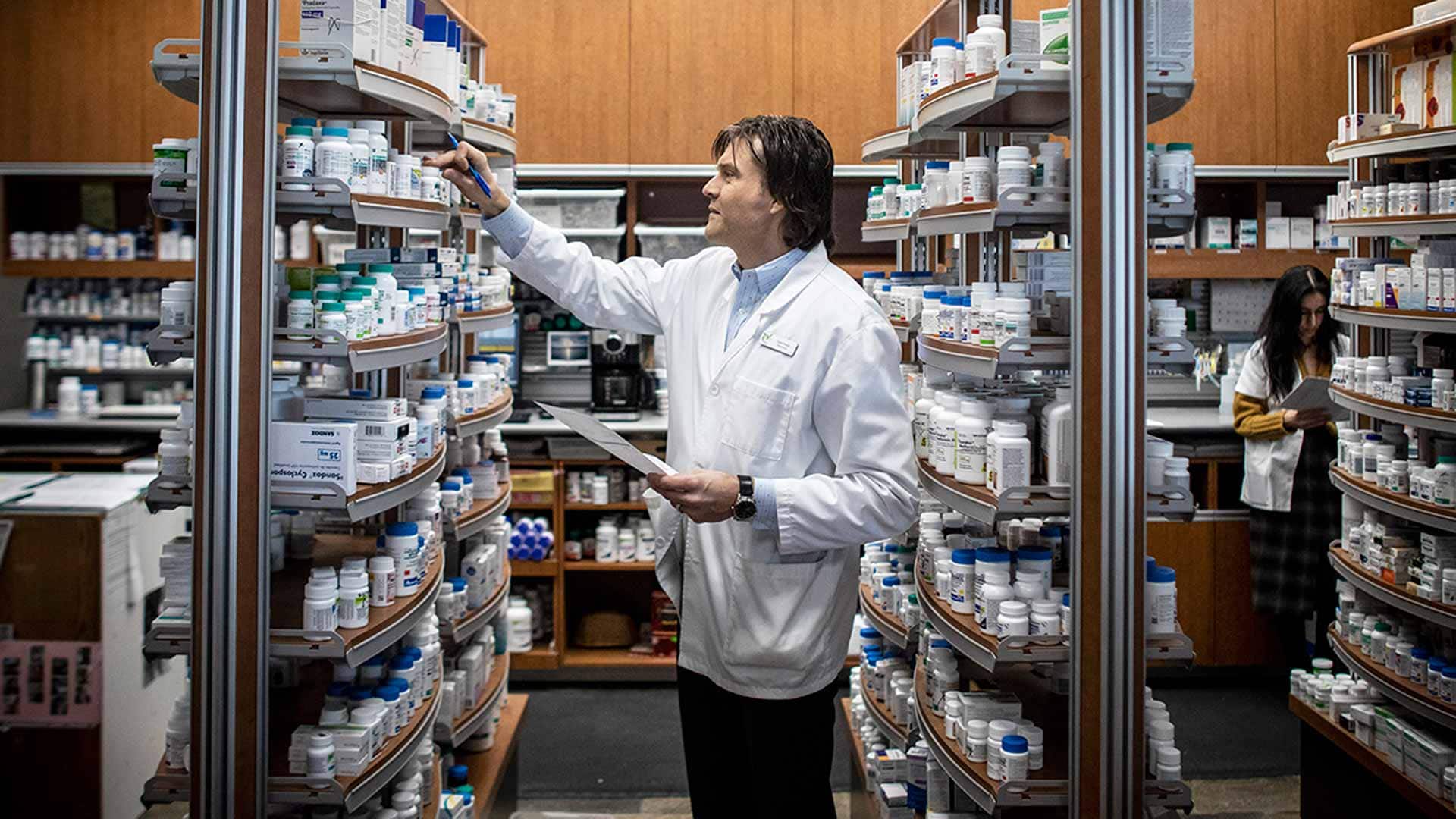 8 months agoVideo
2:05
Pharmacists say they are facing increased workloads with reduced resources and limited protective equipment during the COVID-19 pandemic. 2:05

'No end in sight'

Dr. Kelly Grindrod, associate professor at the University of Waterloo school of pharmacy, says students at UW graduate in the summer because of co-op work terms. Those UW grabs should have written their certification exams this month.

But she said due the delays and cancellations in the spring, there were no spots for the Waterloo grads in the November test.

"Right now the hope [is that] there will be a February sitting so that they can write their exams at that point," Grindrod told CBC News.

"It's not clear yet, but we're hoping that's what will happen, otherwise, they'll have to wait until the May sitting."

Grindrod said she is aware of the big impact the cancellations have on the new grads.

"They're forgoing wages for several months with really no end in sight, they don't know when they're going to actually get to work as a licensed pharmacist, and this is a huge difference in income," Grindrod said.

"This could be $25 [to] $30 an hour difference between what they're paid now versus what they should be paid as licensed pharmacists," she added.

The Ontario Pharmacist Association has written to the Ontario government regarding challenges facing the pharmacy grads and have asked the Ontario College of Pharmacists and Ontario's Ministry of Colleges and Universities to approve a conditional licence for students in this province so pharmacies can begin hiring them.

That's something that's already been done in Saskatchewan, Manitoba and Nova Scotia.