After the residential school vigils end, here's what some say needs to happen next | CBC News Loaded
Kitchener-Waterloo

After the residential school vigils end, here's what some say needs to happen next

A vigil in Kitchener, Ont. for Indigenous children who died in residential schools drew hundreds of people Thursday night. Here's what some of them said about what needs to change going forward.

After a vigil in Kitchener's Victoria Park for Indigenous children drew hundreds of people Thursday night, some of those in attendance say they hope the observance is a sign of more action to come.

The vigil was organized after the Tk'emlúps te Secwépemc First Nation in British Columbia announced the discovery of what it believes to be the remains of about 215 children buried near the former site of the Kamloops Indian Residential School.

CBC Kitchener-Waterloo spoke with to people who attended the vigil about what needs to change going forward.

Sixteen-year-old Jack Forler organized the Kitchener vigil in the downtown park.  Going forward, Forler wants Canadian flags – which had been lowered to half mast at many government buildings – to stay down.

"We need to bring some children home," said Forler, who is Haudenosaunee, of the Oneida Nation of the Thames Bear Clan.

"Every child, every single one."

At least 4,100 children died while attending residential schools, although the chair of the Truth and Reconciliation Commission has said he believes the death count could be much higher because of the schools' poor burial records.

"At this point words are no longer enough, we need action, we need it now, and we needed it 524 years ago," said Cox, who is Mushkegowuk Cree from Moosonee, Ont.

In the days and weeks to come, Cox said she will watch closely for the specifics of policies and programs released by the federal government – though she has skepticism about how much will change.

"In 2009 the federal government denied $1.5 million to search all residential schools in Canada," Cox noted.

Still, Cox said she was encouraged by the turnout at Thursday's vigil.

"We all need allies in this time," said Cox. "Idle no More -- this is just the beginning of a long, long road."

Carolyn Spicer, who is Forler's aunt, said one urgent step is to ensure all Indigenous communities have safe drinking water. She pointed to Oneida Nation of the Thames, where her mother grew up, which is just a half hour from London, Ont. yet is under a long-term boil water advisory.

"It's unbelievable to me," said Spicer, 56, who was visiting Waterloo region from Red Lake.

Spicer said there are also gaps in government funding for infrastructure projects in Indigenous communities, such as housing, that need to be addressed.

"There's other things where they get funding for one thing but then nothing to follow through," said Spicer. "Like there's funding for a house but there's no funding to fix the house to make it livable for a family."

"I'm surprised at the racism," she said. "I just can't believe there's so much anger towards people that have been already through so much."

4 months ago
1:57
WARNING: This story contains details some readers may find distressing. A vigil was held in Victoria Park Thursday evening in honour of the Indigenous children whose remains were detected at the former Kamloops Indian Residential School. 1:57

Shawn Johnston and Amy Smoke are organizers with the region's Land Back Camp. They think Canada Day should be cancelled – something their group also called for last year.

The group previously said in an interview that Canada Day is not a day of celebration for Indigenous peoples, but rather a day of mourning.

"If you are in support of this [vigil] I don't want to see flags flying in our face from the very same people," said Smoke, 45. Smoke is Two-Spirit and Haudenosaunee, from the Mohawk Nation Turtle Clan.

Johnston, 44, added money set aside for Canada Day celebrations should be put to another use.

Teachers Jain Redfearn and Melissa Roe attended the vigil together.

Both work at Sir John A. MacDonald Secondary School in Waterloo and say the name of that school needs to change immediately.

"We work under the names of one of the architects and perpetrators of the residential school system," said Redfearn, 44, who is a citizen of the Métis Nation of Ontario.

"Walking into the building furthers harm and violence for students and teachers and people that work there."

"The idea that we would, in Canada, continue to uphold names, like they're heroes, of people who have caused death and destruction to Indigenous communities? There aren't words," said Roe, also 44.

"It's our job as teachers to make sure that stops with us. And it's not enough to ask the Indigenous community to do that work."

A committee was set up last year to review possible name changes of schools within the Waterloo Region District School Board.

At Monday's trustee meeting, the committee requested and was granted an extension to December 2021.

And this spring a Grade 10 class at Grand River Collegiate Institute called on the City of Kitchener to rename Indian Road, the street where their school is located 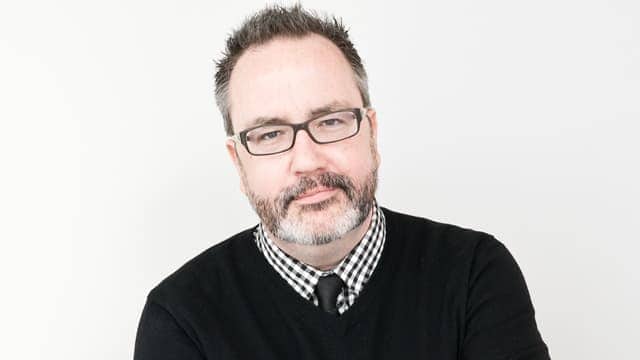 The Morning Edition - K-W4:42Vigil held in Kitchener's Victoria Park in honour of Indigenous children
Hundreds of people gathered Thursday evening for a vigil in honour of the children whose remains were detected at a former residential school site in Kamloops, B.C. A national Indian Residential School Crisis Line has been set up to provide support for former students and those affected. People can access emotional and crisis referral services by calling the 24-hour national crisis line: 1-866-925-4419. 4:42